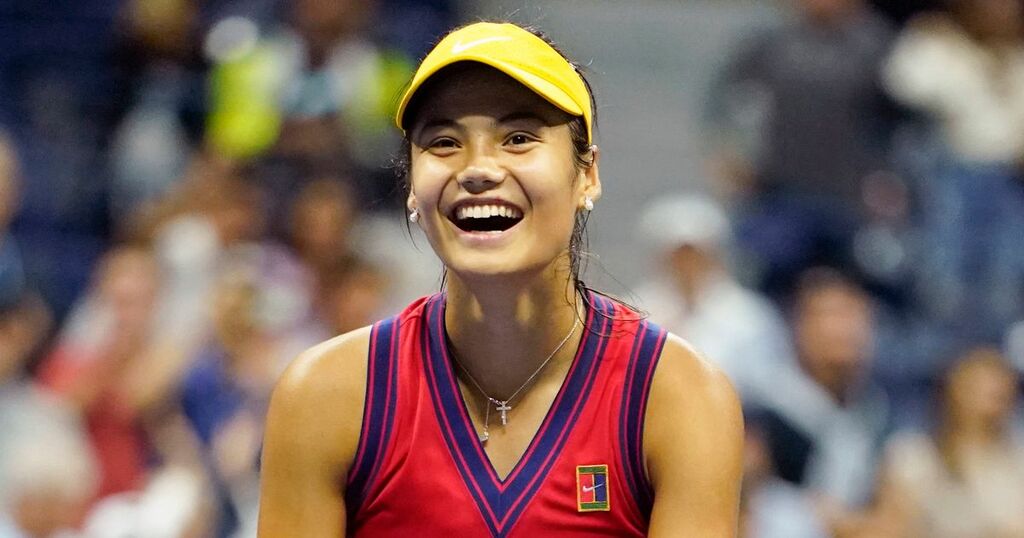 Liam Gallagher is among the famous names backing teenage tennis sensation Emma Raducanu ahead of the US Open final on Saturday night.

Briton Emma became the first qualifier ever to reach a Grand Slam final after a dominant 6-1, 6-4 victory over Maria Sakkari in New York.

“Can u dig it congratulations to Emma Raducanu c’mon LG,” he wrote.

The 18-year-old became the first British woman to reach the final at Flushing Meadows since Virginia Wade won the title 53 years ago.

She will face Canadian teen Leylah Fernandez at 9pm UK time in the first Grand Slam final contested by two teenagers since the 1999 US Open between Serena Williams and Martina Hingis.

Emma wrote on Twitter after the semi-final win: “Pure happiness under the lights in New York.”

Kate, Duchess of Cambridge and patron of the All England Lawn Tennis Club, praised her “incredible achievement,” posting: “We will all be rooting for you. Wishing you the best of luck! C.”

Can she win it? Have your say in the comment section

PM Boris Johnson also saluted Emma, tweeting: “The whole country will be cheering you on.”

Former British mens’ No1 Tim Henman called Emma’s semi-final win as “an absolutely staggering per­formance”. “She never let up. It was relentless,” he said.

Emma will be cheered on by staff and pupils at Newstead Wood school, in Orpington, South East London, which she just left having gained an A in A-level maths and an A* in economics.

Headteacher Alan Blount said yesterday: “She is re-writing our history books. She is an inspiration to all of our students at the school and beyond, showing that anything is possible and you can achieve your dreams.”

Greg Rusedski, a US Open finalist in 1997, said her performance was worthy of a world No1. He added: “The composure, the belief, the handling of the big points. It was astonishing.”

Former England striker Gary Lineker described it as “an extraordinary achievement” while Olympic gold medallist Jessica Ennis-Hill told her: “You are incredible!!”

Marcel Knobil, the founder of Brand Council and Superbrands, said Emma fulfils the role of a “hero” perfectly and stands to make a fortune.

He said: “While she has obviously been toiling for years to get to this point, to the public it appears almost an instant success and it has mesmerised the media, the public and the brands.

“Within a couple of years she can confidently look forward to £10million in revenue but if she wins the final it could be easily doubled to £20million.

“Her face will be plastered all over the country, filling our screens, launching and invigorating brand after brand.”

Emma already has sponsorship deals with Nike and Wilson, and won in style wearing Tiffany jewellery including a diamond hinged bangle worth £17,100, a white gold ring with diamonds for £3,275, a cross pendant worth £2,750 and earrings costing £4,475.

Get all the latest sport news straight to your inbox. Sign up to one of the Mirror's newsletters

A fashion shoot and interview she did recently appears in Vogue magazine, which went on sale yesterday.

Neighbours in the cul-de-sac in Bromley, where Emma lives with her parents, said they will be glued to their TVs for the final after watching her train with her dad in the street in lockdown.

Christine Whatling, 81, said: “It’s the first time we’ve had anyone well-known succeed in a sporting event from around here.

"Through Covid we saw her practising outside but we didn’t realise that she was a professional player.”

The final will be shown live on Amazon Prime Video, and live radio commentary will also be available on BBC Radio 5 Live and BBC Sounds.

Emma was last night odds on at 8/13 to win the US Open with Coral.