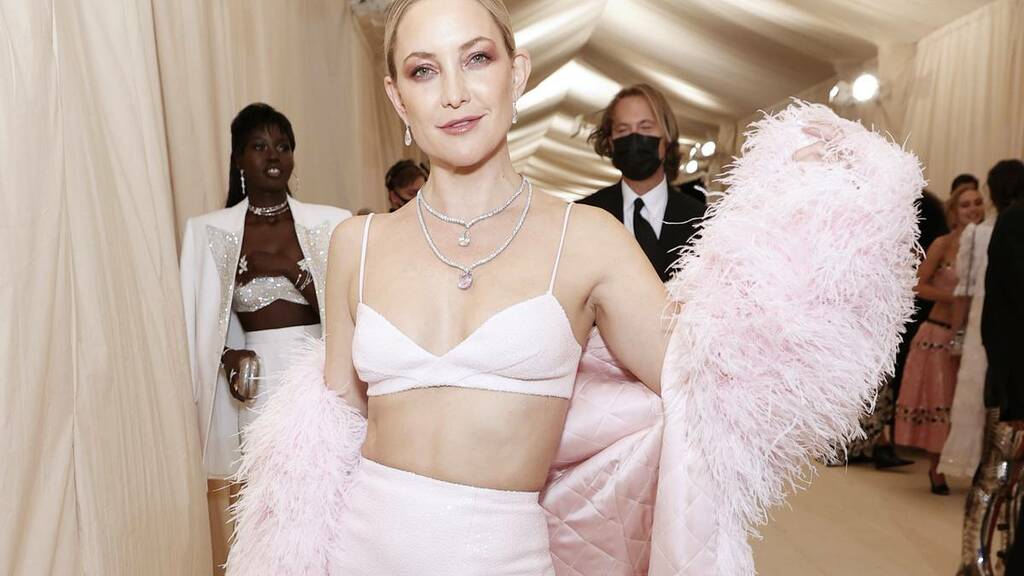 It has been a big day for Kate Hudson, even by Hollywood standards. Not only has she announced her engagement to Danny Fujikawa but she has also walked the red carpet at the 2021 Met Gala in spectacular style.

The 42-year-old actress announced her engagement to her long-time boyfriend, Fujikawa, today with a sweet photo of her sparkling engagement ring posted to Instagram.

Kate - who is kissing her fiance in the photo - wrote: "Let's go! [bride and groom emojis]".

The Hollywood star has already been congratulated on her engagement by some of her famous friends.

Kate and Danny began dating in late 2016, and she previously revealed how they met.

The actress explained that Erin and Sara Foster - her "best friends" - played a huge role in their romance.

Kate - who has Ryder, 17, and Bingham, 10, from previous relationships, and Rani, 2, with her fiance - wrote in an Instagram post marking their first anniversary: "The first time I met Danny I was 23 and enormously pregnant with Ryder. His stepsisters are my best friends and and so it goes we have been in the same circle for over a decade!" She later explained how their relationship evolved.

Kate said: "A year ago today Danny took me on a hike and what I thought was just a hike with a family friend turned very quickly into an unexpected first date.

"No moves were made on this first date. In fact, it took months for him to make a first move! And as a kiss on this bridge would have been nice, the kiss a year later was so much sweeter. So on our 15th year of knowing each other we were able to open our hearts to each other to feel so much pure love and it's been truly incredible.! (sic)"

Engagement news aside, all eyes were on the Met Gala red carpet this afternoon, where Hudson joined a swathe of other glamorous celebs to strut their fashion stuff up those famous steps.

The star-studded fundraising event, held annually at the Metropolitan Museum of Art in New York City, is one of the biggest fashion events of the year. The event, which attracts the biggest stars and the biggest names in fashion is usually held in May but was delayed due to Covid-19. The event always has a theme and this year's is In America: A Lexicon of Fashion and will be hosted by co-chairs Timothée Chalamet, Billie Eilish, Amanda Gorman, and Naomi Osaka.

For the iconic fashion event Hudson wore a light pink bralette with a matching skirt and stunning feathered coat by Michael Kors. She also sparkled in exquisite jewels by Lorraine and Giuseppe Zanotti heels.

More of the fashion looks from the 2021 Met Gala.