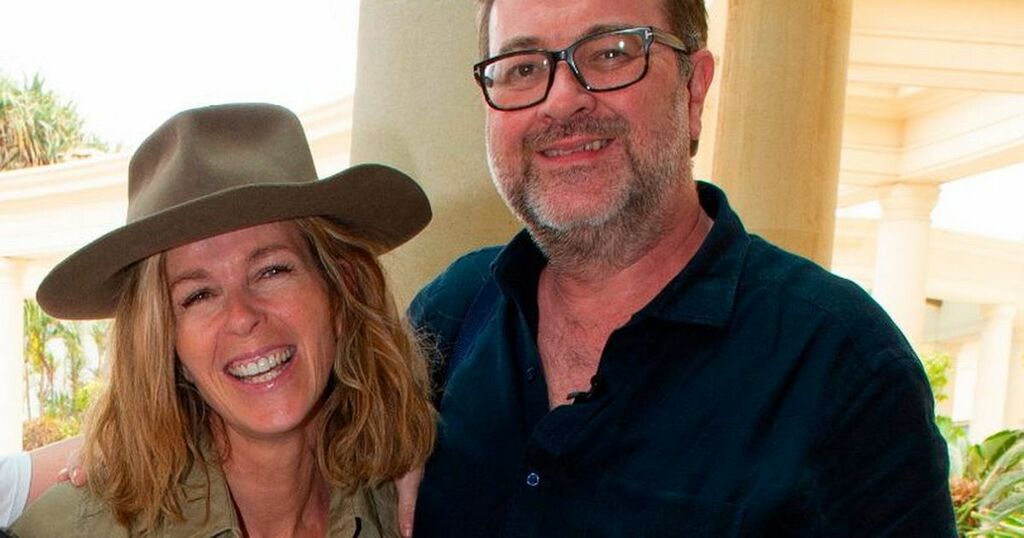 The Good Morning Britain star said she is in talks with ITV to make a sequel to the award-winning documentary about her husband’s year-long battle with Covid, but said he needs to be stronger and his recovery to be progressing for it to happen.

She said he still only has a ‘small window’ each day when he has enough energy to participate in a documentary process, but they are trying to make it work.

The first documentary chronicled her husband’s fight against the virus, which very nearly killed him. He was in an induced coma with Covid-19 and suffered multiple infections and organ failure and doctors warned his family that he was very unlikely to pull through.

But he did survive, and spent a year in hospital, being transferred to be cared for at home four months ago.

The documentary about that struggle won an award at the NTAs last week, and the Good Morning Britain

TV presenter Kate, 54, announced at the award ceremony that there were plans for a second. “We are going to make another documentary — there are plans for more,” she said. “Derek has a very short window of energy, but we are trying. He has been home for four months now and it was enough for him being home. Now we are really hoping we can have more and more people in to see him,” she added.

Kate received a standing ovation when she won the Authored Documentary award at the NTAs last Tuesday, and later made an emotional video call to Derek, 54, to show him the award.

On Friday, she told GMB viewers she was heading home to see him for the first time in a few days. “It’s our wedding anniversary, Derek and I, today. I haven’t been able to see him yet. I’m going to go home and give him a massive hug.

“I’m going to give him this award and actually his present to me is the fact that he’s here and we’ve got a chance to celebrate in whatever way we can.”

Kate beat off competition in her NTAs category from Katie Price: Harvey and Me and Marcus Rashford: Feeding Britain’s Children. She made an emotional speech at the ceremony and dedicated the award to her husband adding: “He should be here and he should have had the chance to tell his own story.”

Kate also said: “We’ve all been touched by the pandemic. Whether it’s livelihood, mental health, all the other extraordinary documentaries which have been highlighted and nominated tonight, they have also been affected by the pandemic.”