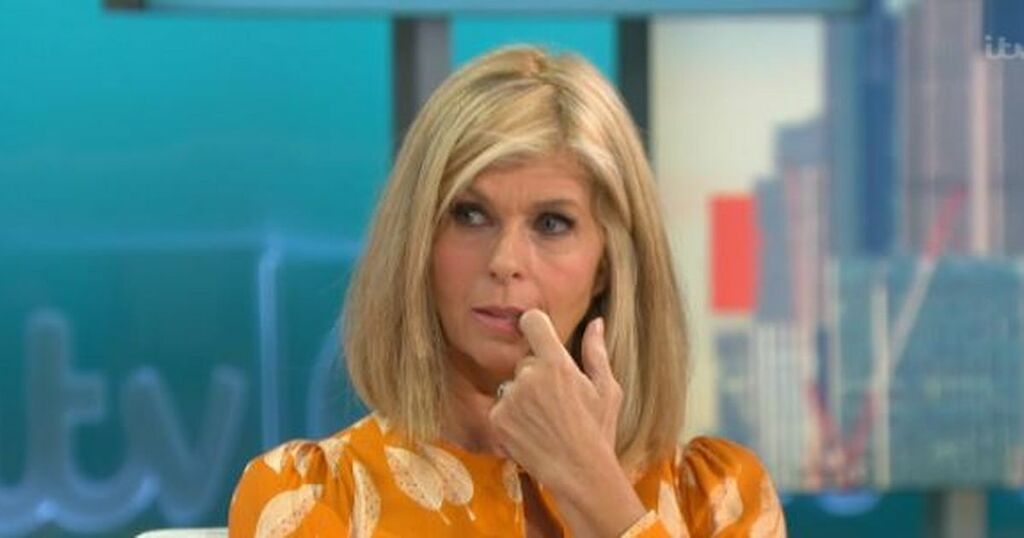 Good Morning Britain's Kate Garraway has revealed her one regret after the National Television Awards.

The 54-year-old presenter won best Authored Documentary at last night's ceremony for Finding Derek, a one off special charting her husband's battle against long- Covid.

Kate dedicated the award to Derek in a heartfelt acceptance speech at the ceremony.

She said: "I just want to say to all the Darcies and Billies and Dereks and Dereks' families, whatever you’re going through, you’re not forgotten. We want the joy back, we want it to be over but the fight goes on.

"But most of all Derek, you should be here and should have had the chance to tell your own story. Derek, you’re going to get the chance, believe! The hope is real! Thank you so much."

The broadcaster was joined on Friday's edition of ITV's morning news programme by Martin Lewis.

And she revealed how she was so caught up in the emotion of the evening that she forgot to grab a photo of herself with the award.

She said: "I was actually in such a daze and didn't expect to win. I went up on stage, completely bewildered, and tried to get some words out.

"I then went backstage and eventually got home - and realised I hadn't got a single picture of me with the award - or any of the team at the event."

Kate also told of how she stayed in a hotel after the ceremony as she was scheduled for an early morning start to host Good Morning Britain.

She did, however, make an emotional call to Derek to tell him about the win.

She said: "I managed to wake up Darcey on her phone and said 'can you please take the phone down to Dad and FaceTime him?'

"He definitely knows. He was so happy. I think you see it in his eyes and it was just lovely to be able to share that."

Kate wasn't sure whether she was going to attend the awards last night - but an encounter with a stranger whose sister had recently died due to complications with long-Covid reassured her it was the right thing to do.

The stranger said Kate's documentary had given her sister hope - as it showed she wasn't the only one struggling and the broadcaster shared how she has glad she made the decision to attend the NTAs.

Kate said: "It was definitely right to go for all the people who came up to me and said 'thank you, the documentary really helped me.'

"It was really fantastic."

*Good Morning Britain airs weekdays at 6am on ITV and ITVHub