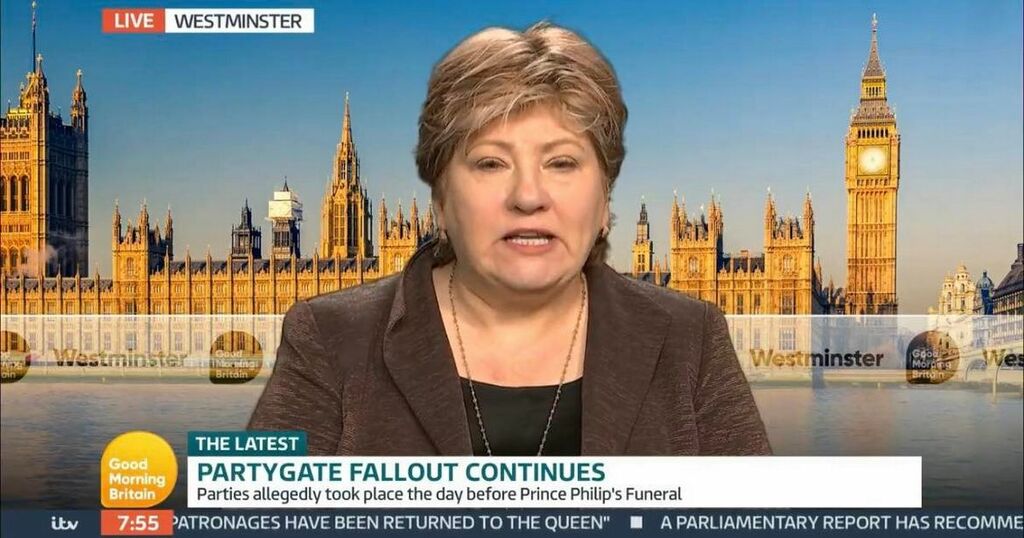 Labour's Shadow Attorney General said that the latest accusation of parties at Downing Street "crosses the line" as they didn't think the laws applied to them anymore.

She said: "I think the reason they were having not one party but two parties that night, and the reason they had lost their heads was because the culture had developed at No 10 where it was thought that the laws didn't apply to them.

"It became so deeply ingrained that they felt it was okay to have a DJ in the basement and grown men to be playing on swings."

Kate interrupted here, to make sure her point was correct: "I'm not sure about the DJ. It was just someone playing music on the laptop.

"I get what you're saying about the culture but we have to be careful that we don't create stuff that is wrong."

Ms Thornberry responded: "I'll be clear The director of operations at No 10 was playing DJ in the basement

"The director thought it was appropriate to do that the night before Prince Philip's funeral.

"This, for me, crosses the line. To see such a contrast in the leadership at No 10 and the leadership of Her Majesty shows how bad it is, how profoundly wrong their behaviour was."

The Shadow Attorney General was reacting to The Telegraph's report about gatherings made up of about 30 people drinking alcohol and dancing to music until the early hours on April 17.

This happened when coronavirus restrictions banned indoor mixing between different households, and on the eve of the Duke of Edinburgh's funeral.

The reported events were during a time when the UK was in a period of national mourning from April 9 to April 17 following Prince Philip's death.

During the basement gathering, sources claimed there was a "party atmosphere", with a laptop on display and "music blaring out".

Labour's deputy leader, Angela Rayner, tweeted: "The Queen sat alone in mourning like so many did at the time with personal trauma and sacrifice to keep to the rules in the national interest.

"I have no words for the culture and behaviours at No 10 and the buck stops with the PM."