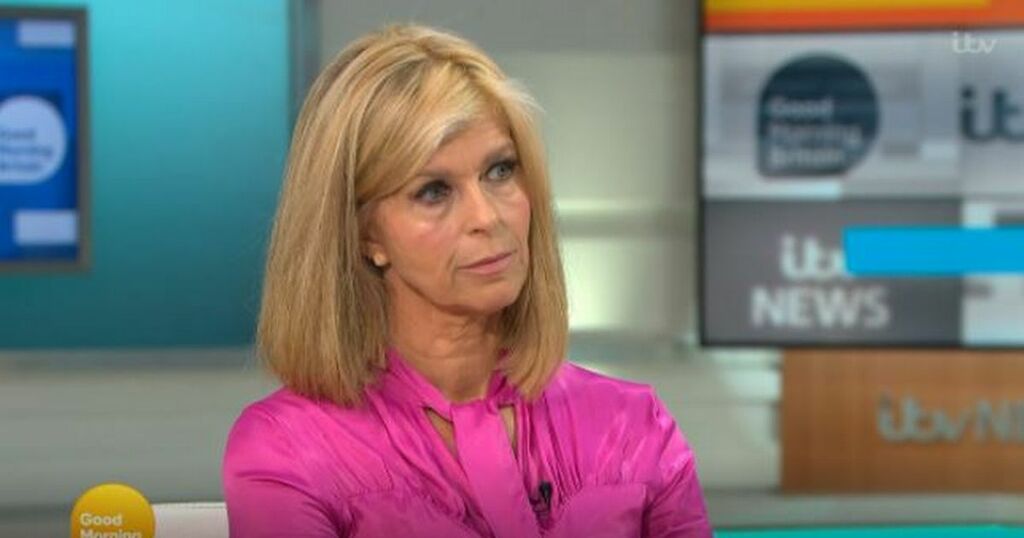 The 54-year-old broadcaster's Finding Derek documentary, charting her husband's battle with long-Covid, has been shortlisted for an award at the ceremony.

Kate opened up on today's edition of Good Morning Britain about how she has been torn since the nomination.

She said: "I've been feeling really emotional to be honest - and wondering whether to go at all.

"It just feels a bit wrong to go, it feels wrong to ask people to vote because it’s such a difficult subject"

Thursday's edition of the ITV news programme was hosted by Martin Lewis and Susanna Reid - as Kate was in an unfamiliar role presenting the morning's headlines.

Kate will return to hosting duties alongside the Money Saving Expert tomorrow - but she told how an emotional encounter with a stranger outside her home has reassured her she is doing the right thing.

She said: "Yesterday, I was smashing up some boxes for the recycling outside the front of my house and a lady walked past and said 'I hope you win.'"

The stranger went on to tell Kate her sister died two weeks ago from heart complications as a result of Covid - but she received a 'great boost' from the Finding Derek documentary as it raised awareness people were going through the same struggle.

Kate added: "I just thought, OK, I am going to ask people to vote because there are millions that are still suffering from Covid. As we try and get on with our lives and feel joy again, those people are starting to feel forgotten."

The hosts then went on to insist that Kate must attend the awards for her "outstanding piece of work."

Martin said: "I think you should go with pride. Derek is very proud of you as a journalist. This is a journalistic piece of work that you've done which shone a light on a difficult subject so many people have faced.

"Win or lose, you go and hold your head up high."

*Good Morning Britain airs weekdays at 6am on ITV and ITVHub