Karuah a town divided by lockdown 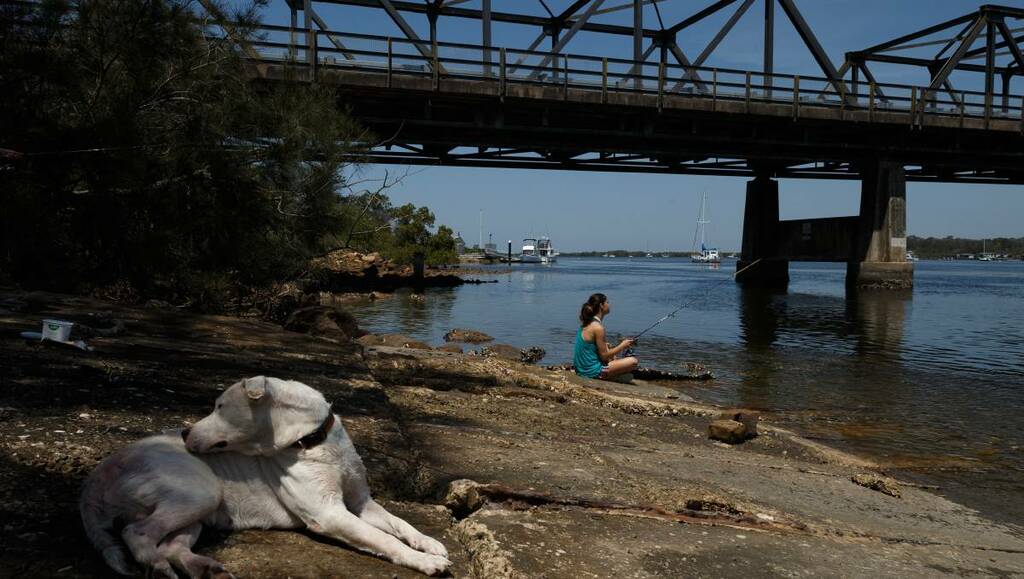 Ongoing lockdown restrictions in the Lower Hunter have literally cut the Port Stephens township of Karuah in half.

In a situation reminiscent of the confusion caused at the border of NSW and Victoria, about 100 residents living north of the Karuah River in the MidCoast Council local government area shook off the shackles of lockdown on Saturday.

Meanwhile, about 500 residents on the other side of the river in the Port Stephens LGA remain locked down.

Karuah RSL president Ross Parr is concerned the situation may discourage some older residents on the town's north side from attending a vaccination clinic at the club on Monday.

"It just doesn't make any sense. I have asked the government to reconsider but I haven't heard anything back," he said on Sunday.

"How will the police know who is at home doing their 14 days in isolation after they have come across the bridge?

"Not event the locals know what they are meant to do."

"It's confusing times for the town of Karuah. Some residents are out of lockdown but if they go to the local grocery store or pharmacy, they take the lockdown rules home with them," she said.

"It's critical that the NSW government make it very clear to the community what they can and can't do. We don't want to see the good work being done out of the Karuah RSL being undermined by confusion."

The MidCoast Council local government area was due to remain in lockdown after Saturday, however, Myall Lakes MP Stephen Bromhead successfully argued that the area should be released.

"I am delighted that we have achieved the outcome I have been lobbying for.

It goes to show not to give up," Mr Broomhead said on Facebook on Friday.

"This should provide much needed relief to businesses and individuals who have undoubtedly struggled during the lockdown and children who will go back to school and catch up with their friends."

Concern about the potential spread of COVID-19 in and around Karuah increased on Sunday with the revelation that traces of the virus were found in the town's sewage treatment plant.

Two positive case have also been detected nearby at Booral in the past week.

"At the end of the day the people in north Karuah are not that much better off than those that are in Karuah," he said.

"The area which is more problematic is Limeburners Creek, which is in the Mid Coast LGA. It's closer to Raymond Terrace than Karuah is.

There were 43 active COVID-19 cases in the Port Stephens LGA on Sunday of which 29 were from an unknown source.

There were also three cases reported on the Mid North Coast.

In addition to the Karuah sewage treatment plant, COVID fragments were also recently found in sewage at Port Macquarie, Tamworth.

At least 115 of the 1262 cases reported on Sunday were detected in regional local health districts including 53 in the Illawarra Shoalhaven region, 33 on the Central Coast and seven in the Hunter New England area.

Residents in regional LGAs where lockdown has ended enjoyed their second day of freedom in weeks on Sunday.

The local government areas were deemed low risk and had zero COVID cases for at least 14 days.

Eligible areas will be able to have limited visitors in the home and gather outside while hospitality, retail and gyms will also be allowed to open in those regions under strict rules on capacity.

Schools in "low-risk" towns will also reopen but with Covid safe measures in place.