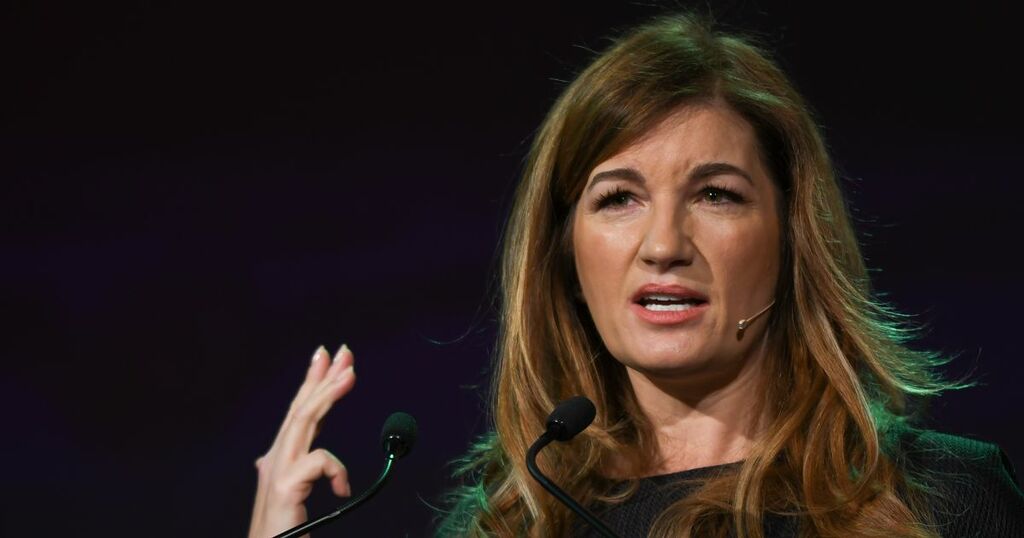 Karren Brady is confident a day of reckoning will come for Newcastle United's takeover amid widespread criticism of Saudi Arabia's human rights record.

The Magpies became one of the world's richest clubs overnight when the Premier League finally gave the green light to the £300m sale to the consortium backed by the Public Investment Fund.

Supporters gathered outside St James' Park for the announcement on Thursday, and celebrated the end of the Mike Ashley era long into the night.

It is a deal which has been welcomed by the vast majority of the fanbase, with the new owners promising significant investment into the club and the city.

However, the takeover has also attracted swathes of criticism with Amnesty International denouncing the deal as a 'clear attempt' at 'sportwashing'.

Hatice Cengiz, the fiancee of murdered journalist Jamal Khashoggi, described the news as 'heartbreaking' with calls for the Premier League to reform their owners' and directors' test.

Brady is the vice-chairman of West Ham, with reports suggesting Newcastle's Premier League rivals are 'united in opposition' to the takeover and have called for an emergency meeting.

The entrepreneur and TV personality has hinted the contentious questions of morality surrounding the deal will come under scrutiny, suggesting it could be a question for MP Tracey Crouch's independent review into football governance.

Brady wrote in her column for the Sun: "Jubilant scenes around St James’ Park on Thursday night after the announcement that Mike Ashley had left the club after 14 years as owner.

"I am sure he was just as jubilant as the supporters to be out of there.

"Because what he hoped would be a love affair between them on the scale of Romeo and Juliet ended up as irreconcilable a split as Angelina Jolie and Brad Pitt’s, with both parties happy to see the back of each other.

"Supporters interviewed about their view on the new owner being Saudi, with their — how shall we put it kindly? — dubious moral dilemmas, said this was an issue for another day.

"I suspect seeing off Ashley and welcoming an owner with a £320billion fortune may mean that day never comes for them.

"But what the rest of the Premier League, the football authorities and the Crouch review will make of it . . . well, that day will come, I’m sure of it."