An Indian court has upheld a ban on the wearing of the hijab in classrooms in the southern state of Karnataka, a ruling that could set a precedent for the nation's large Muslim minority.

The state ban last month sparked protests by some Muslim students and parents, and counter-protests by Hindu students.

Critics of the ban say it is another way of marginalising a community that accounts for about 13 per cent of Hindu-majority India's 1.35 billion people.

"We are of the considered opinion that wearing of hijab by Muslim women does not form a part of essential religious practice in Islamic faith," Chief Justice Ritu Raj Awasthi of the High Court of Karnataka said in the judgement.

He said the government had the power to prescribe uniform guidelines, dismissing various petitions challenging the ban ordered by Karnataka.

"We are of the considered opinion that the prescription of school uniform is only a reasonable restriction constitutionally permissible which the students cannot object to," Mr Awasthi said.

Ayesha Imthiaz, a third-year undergraduate student in the Karnataka district of Udupi where the protests began, said she would either drop out of her government-aided college or opt for a correspondence course along with her female Muslim classmates.

Ahead of the verdict, Karnataka authorities announced closures of schools and colleges and imposed restrictions on public gatherings in some parts of the state to prevent potential trouble.

There is no central law or rule on school uniforms across the country, but the Karnataka decision could prompt more states to issue such guidelines.

The Students Islamic Organisation of India, which represents thousands of Muslim students across the country, said it feared the Karnataka verdict would encourage more states to ban the hijab in class.

"We don't want it to set a national precedent and we want it overturned," national secretary Musab Qazi said.

"The court verdict might embolden more states to ban it. So in all likelihood, we will approach the Supreme Court."

Students who had challenged the ban in court had said wearing the hijab was a fundamental right guaranteed under India's constitution and an essential practice of Islam. Reuters could not immediately contact the challengers.

Muslim politicians, including the former chief minister of Jammu and Kashmir state, Mehbooba Mufti, took to Twitter to call the court's verdict "deeply disappointing", denying the girls their "freedom to choose".

Karnataka ministers told reporters that Muslim female students who are staying away from class in protest against the ban should respect the judgement and rejoin school.

The ban had led to protests in some other parts of the country and drew criticism from the United States and the Organisation of Islamic Cooperation.

Critics say the BJP could benefit from the division between Hindus and Muslims, though the party says the hijab ban had nothing to do with their political ambitions. 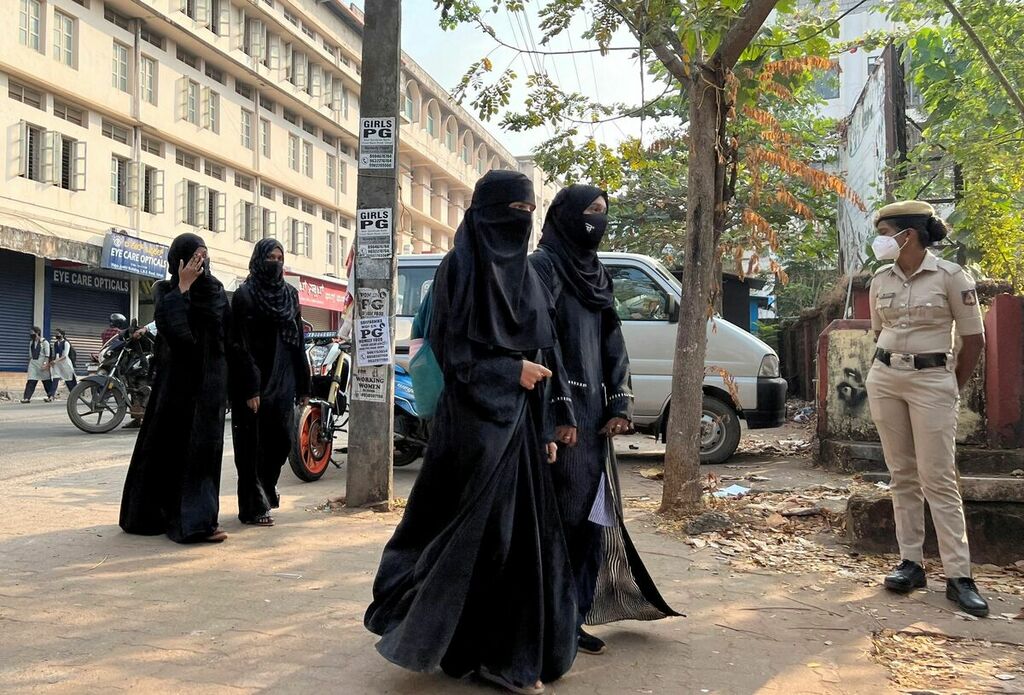 India court upholds state hijab ban in schools, could set national precedent
An Indian court upheld on Tuesday a ban on wearing of the hijab in classrooms in the southern state of…

An Indian court has upheld a ban on the hijab or headscarf inside classrooms in the southern state of Karnataka,…

Fearing unrest over the ruling, the state government bans large gatherings after the restrictions on headscarves sparked violent protests

Bangalore (India) (AFP) - An Indian court upheld a local ban on the hijab in classrooms on Tuesday, weeks after…

AFP
One subscription that gives you access to news from hundreds of sites
Hijab not an essential practice of Islam, rules Karnataka High Court