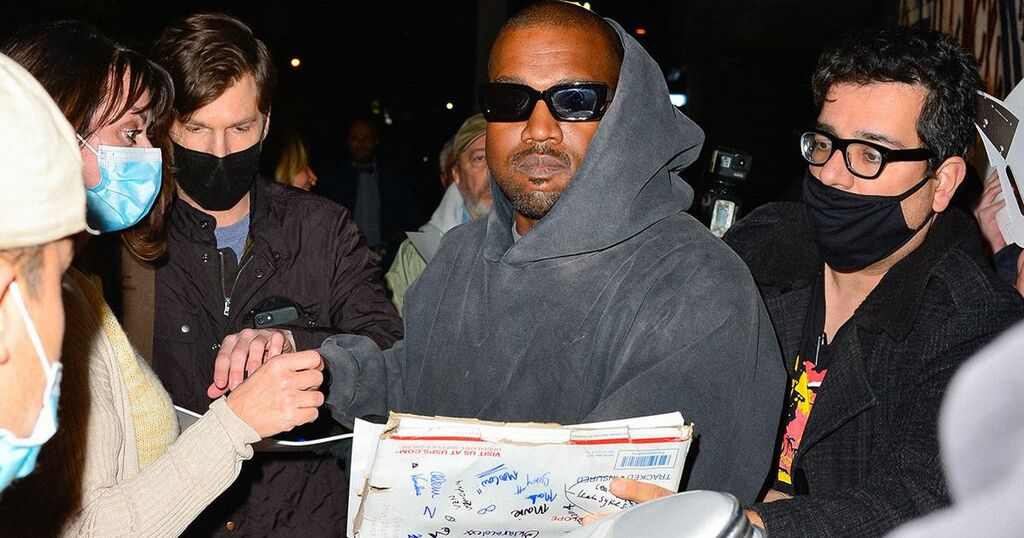 Kanye West is a "named suspect in a battery investigation", following an alleged altercation with a fan wanting an autograph from the star.

The rapper - who now legally goes by the name Ye - is said to have allegedly got into an argument with a fan outside a swanky members-only club in the early hours of Thursday morning.

It's claimed that after the fan spoke to the Grammy award-winning artist outside the star's car, Kanye, 44, got out of the vehicle parked close to Soho Warehouse in Downtown Los Angeles and a heated exchange followed.

FOX 11 then reports unconfirmed speculation that things quickly turned physical - with dad-of-four Kanye allegedly punching the fan, knocking him to the ground.

It's claimed the Jesus Walks singer was not at the scene when authorities arrived, according to FOX 11.

The broadcaster also added that the fan involved in the alleged altercation apparently refused medical treatment after claiming he was punched by the star.

The incident is said to have occurred around 3am, when Kanye - who is currently dating actress Julia Fox - was sitting in his SUV outside the swanky members-only club.

Speaking with The Mirror on Thursday evening, a spokesperson for the LAPD confirmed they had received a report regarding an incident from the early hours of the morning, and Kanye is a "named suspect in a battery investigation".

"There has been a battery report and he [Kanye] is a named suspect," an LAPD representative told us.

Adding that they had "minimal information" about the alleged incident, the spokesperson also confirmed no arrests have been made yet.

The Mirror has reached out to representatives of Kanye West for comment.

The rapper - who is currently in the process of divorcing wife Kim Kardashian - has not made any public comment on his social media platforms yet.

Prior to the alleged incident taking place, Kanye had been enjoying an evening out with new beau, Uncut Gems actress Julia Fox.

At one point during the evening, the pair were even snapped kissing and embracing publicly - as Kanye's relationship with the 31-year-old actress heats up after the pair started dating towards the end of last year.