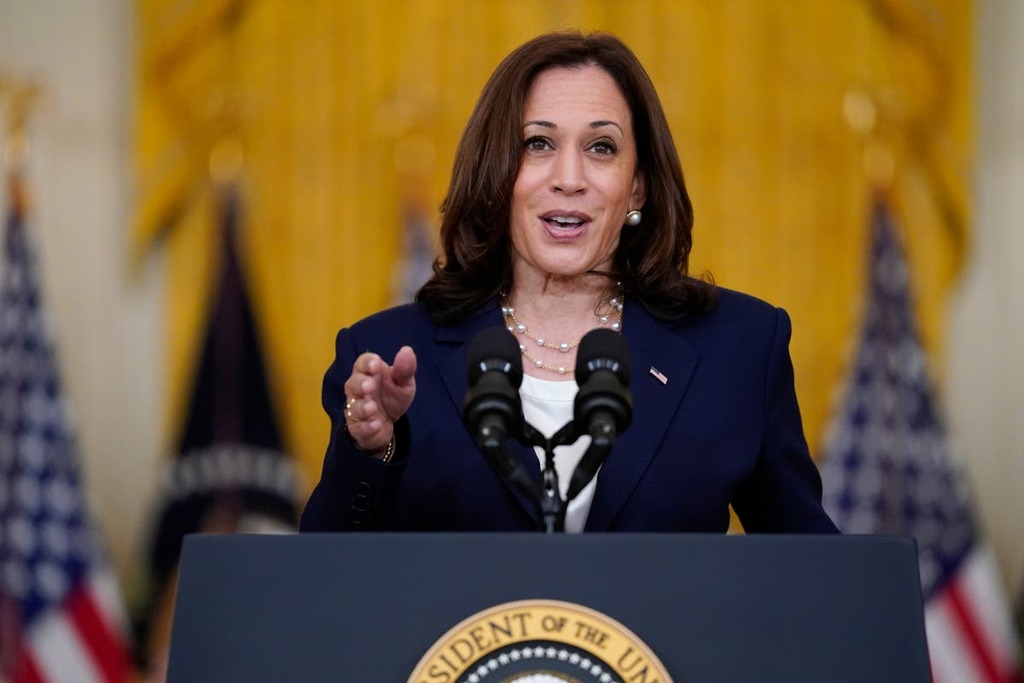 Vice president Kamala Harris criticized Texas governor Greg Abbott for saying he would eliminate rape so women do not seek abortions in his state.

The vice president said Mr Abbott dismissed concerns about women who are raped and are seeking abortions.

Ms Harris made the remarks in California while campaigning for governor Gavin Newsom, who is facing a recall election in the Golden State. The vice president’s remarks came as White House press secretary Jen Psaki was asked about Mr Abbott’s remarks earlier on Wednesday during a press briefing.

“If governor Abbott has a means of eliminating all rapists or all rape from the US, then there’d be bipartisan support for that,” she said.

Mr Abbott was asked about rape victims having to carry their pregnancies to term because of the state’s ban on abortions after six weeks.

“Rape is a crime, and Texas will work tirelessly to make sure we eliminate all rapists from the streets of Texas by aggressively going out and arresting them and prosecuting them and getting them off the streets,” Mr Abbott said on Tuesday.

The White House and the governor have gone back and forth on the law, which bans abortion once fetal cardiac activity is detected, which is typically six weeks into a pregnancy and before most women know they are pregnant.

President Joe Biden has denounced the law and the provision in the law that would allow people anywhere in the United States to sue someone who “aids and abets” obtaining an abortion in Texas and receive $10,000 and payments for legal fees if successful. Mr Biden also said last week that he was told that the US Department of Justice might have to “limit the independent action of individuals enforcing” the provision he worried could lead people to act as vigilantes.