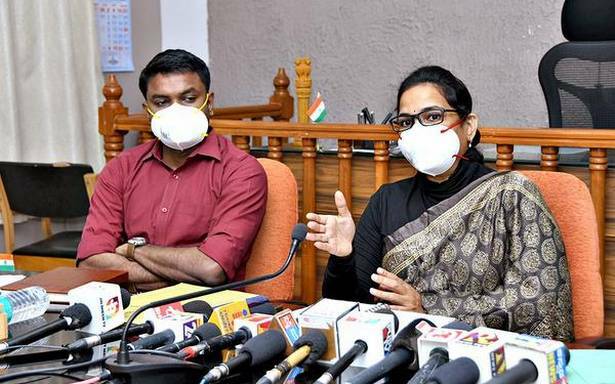 She told mediapersons here on Friday that the trend of daily increase of cases was showing the imminent outbreak of the third wave of the pandemic in the district.

Ms. Jyothsna said the administration had increased the hospital beds, including the oxygen beds and ICU beds, and made the oxygen plants functional.

“The biggest problem we faced during the second wave was the oxygen crisis. To address the issue, we have already commissioned four oxygen generating plants in the public sector — two in ESIC Hospital Complex and two in Gulbarga Institute of Medical Sciences (GIMS). There are four more plants in the private sector that will be taken into government possession when required. About 60% of the beds in all taluk hospitals have been converted to oxygen beds and 25% of them are ICU beds. Enough oxygen concentrators and cylinders are in place in every government hospital. Depending upon the requirement and in compliance with the revised guidelines, we will ask private hospitals to reserve 50% of their beds for COVID-19 patients and take them into our possession in compliance with the revised guidelines,” Ms. Jyothsna said.

When asked about the enforcement of restriction norms, Ms. Jyothsna said only commercial establishments whose employees had taken two does of vaccination would be allowed to operate. “As per the revised guidelines, commercial establishments have to operate with employees who have been fully vaccinated. We have formed teams to ensure compliance. If we found any establishment operating without its employees having taken two doses of vaccination, they would be closed,” she said. On vaccination, Ms. Jyothsna said 98% of the population in the district had taken the first dose and 70% the second dose.

“Of the 1,60,000 children in the 15-18 age group, 43,000 are vaccinated. We have established nine check-posts along the State border. RT-PCR negative report not older than 72 hours is a must to enter the State,” Ms. Jyothsna said.

Ms. Jyothsna also said that a genome-sequencing lab would come up in a month or so at GIMS.