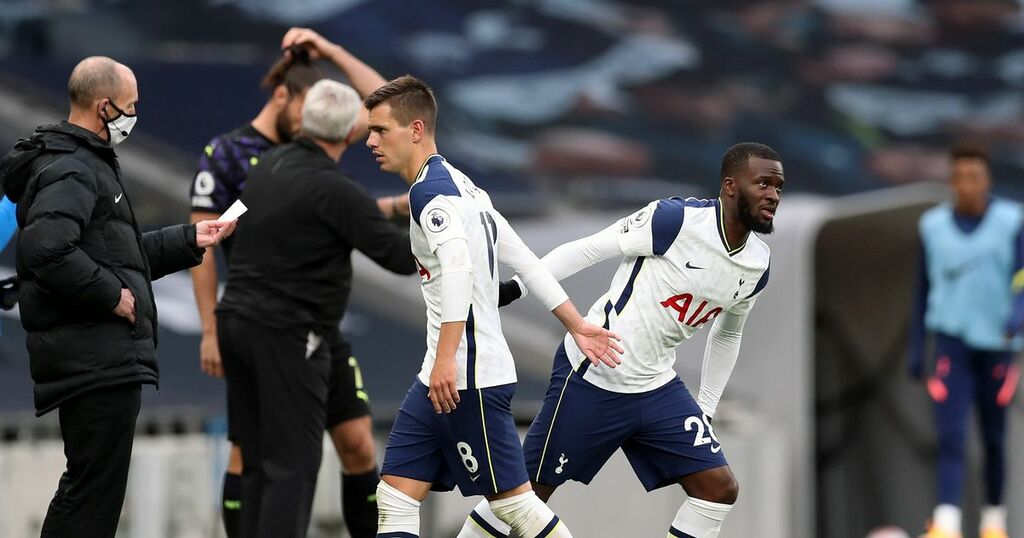 Tottenham have had a transfer offer for Weston McKennie and Dejan Kulusevski turned down, according to reports, with playmakers Tanguy Ndombele and Giovani Lo Celso said to be part of the deals.

Spurs have been linked with a number of players as Antonio Conte looks to stamp his own style on the team in his first transfer window at the club.

Following the defeat to Chelsea in the Carabao Cup semi-final, first leg, the Italian coach admitted there was a “gap” between the two clubs, with the Lilywhites in need of new players to lead them forward.

Whether Conte will be backed in the market is another question, with rumours of outgoings just as heavy as incomings that are being linked with the club.

Two names that have been reported as targets for Tottenham are those of Kulusevski and McKennie.

The Juventus duo are said to be of interest to football director Fabio Paratici, who was formerly at the Turin club.

And now, according to Calciomercato, Spurs have made their move for the USA international McKennie.

The report claims that Paratici offered a swap deal involving Ndombele in exchange for McKennie, however that has been turned down by the club, who want €30million (£25million) to let him leave the club.

It also adds that Spurs tried something similar to land Kulusevski, offering Lo Celso for the winger. However, the club are holding out for €35million (£30million) to let him leave too.

The Tottenham duo are said to not fit the current playing style or wage structure that Juventus are building, though a swap deal that would fit those criteria could be possible.

However, Juve are keen to sell and if Spurs are desperate to land the pair, then they have been set their valuation early into the January transfer market.