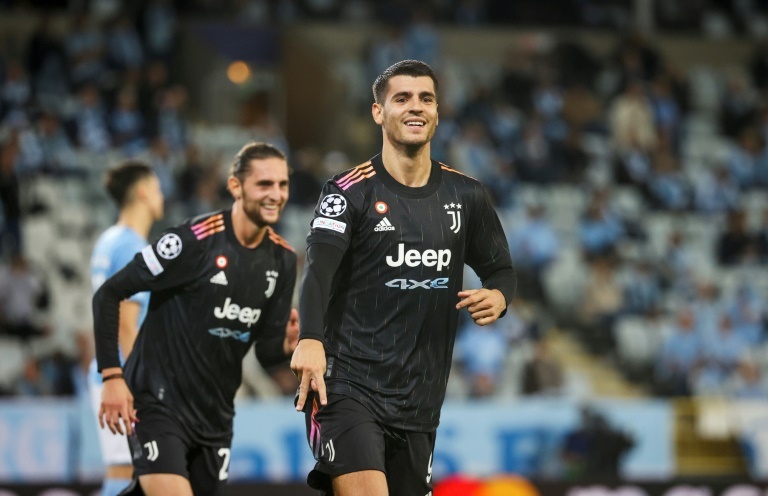 Malmö (Sweden) (AFP) - Juventus got off to a winning start in the Champions League with a 3-0 cruise past Malmo on Tuesday which the Italians will hope kick-starts their season.

Juve came into their opening Group H fixture with just a point from their first three Serie A matches but Malmo were no match for Massimiliano Allegri's side, who swept to victory in Sweden thanks to goals from Alex Sandro, Paulo Dybala and Alvaro Morata.

The thumping win puts Juve on top of the group, level on three points with European champions Chelsea who they face next in Turin in two weeks' time.

"Winning matches leads to winning more matches.The other day we lost an important game missing five-six important players, and today we played really well in a match it was important to do well in," Morata told Sky Italia.

"We needed to change the dynamic and make the other teams realise that when there are points on the table Juventus are a difficult team to play against."

A one-sided contest was over by half-time in large part thanks to Juve's South American internationals, who missed the 2-1 defeat at Napoli on Saturday due to their late returns from World Cup qualifying duty.

Brazil full-back Sandro got the ball rolling with a superb stooping header midway through the first half following a cross from Colombia's Juan Cuadrado.

Argentina attacker Dybala doubled the away side's lead from the penalty spot just before the break following a Lasse Nielsen foul on Morata, who had huge amounts of joy playing on the shoulder of the hosts' high defensive line.

The Spain forward was rewarded for his hard work almost straight afterwards when a long punt found its way to Adrien Rabiot, whose pass was dummied by Dybala and reached Morata.

The 28-year-old had the awareness to control the ball and spot Malmo goalkeeper Ismael Diawara rushing off his line before lifting a delicate finish in off the post.

The second half resembled a leisurely training match for Juve, who were rarely troubled by a Malmo side which had already had the stuffing knocked out of them.

Substitute Moise Kean was unlucky to not score the first goal of his return to Juve when he strayed just offside before rounding Diawara and slotting home with 20 minutes remaining.

Kean had another good chance well saved by Diawara in the dying moments of a performance which will please Juventus ahead of the visit of in-form AC Milan on Sunday.