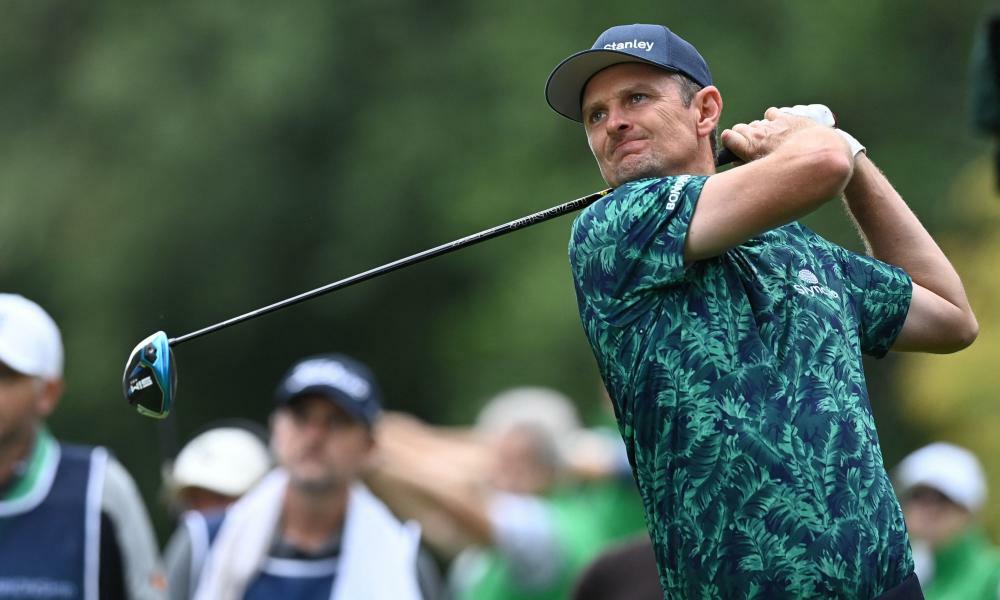 Pádraig Harrington has placed such emphasis on form with a view to Sunday’s European Ryder Cup wildcard selections that a Wentworth 67 from Justin Rose was timely. Rose remains one of the players involved in a scrap for a captain’s pick, with the PGA Championship providing the final opportunity for players to impress Harrington. Rose is five under for the tournament and quickly one up on his fellow Ryder Cup hopefuls.

“Plan A is obviously to win,” Rose said. “Plan B is just to play well enough to give Pádraig something to think about. I covered both of those bases today.”

The Englishman did not drop a shot but was still outshone by one of his playing partners. Adam Scott, making a rare appearance on the European Tour, signed for a 65. His finest moment came at the 15th, where he flipped from a scramble to save par to taking the acclaim of the galleries after chipping in from 50 yards for a birdie.

“I got out of jail there, it was an incredible three,” Scott said. “Sometimes it’s just your day out there and it kind of felt like that a bit for me today. It’s not been the easiest year on the course for me. I’ve struggled to get momentum going, unlike today.”

On Rose’s scenario, Scott said: “He’s under pressure, yes. But Justin is world class. He’s one of the best players of this generation. When the pressure is on, he has shown an ability to lift himself.” A smile followed. “I would pick him … but I’m his mate.”

As Bernd Wiesberger struggled to three over par after six holes, one element of Harrington’s job as Ryder Cup captain initially looked easier. If the Austrian finishes in the Top 50 at Wentworth he should snatch the final automatic qualifying berth from Shane Lowry. Adding Lowry to the pick equation has a clear effect on others so it was significant that Wiesberger played his closing dozen holes in four under. A birdie-eagle finish in particular kept his Whistling Straits dreams alive.

Kiradech Aphibarnrat set the early pace with a 64, including a stunning back nine of 30. The Thai player produced seven birdies and two pars on that run. “I had a really hard time last two years,” he said. “Playing with injury, hurting my right knee and then when Covid hit I had to go back to my country. I was stuck there for eight months and couldn’t play much golf.” Christiaan Bezuidenhout matched Aphibarnrat’s score late in the day.