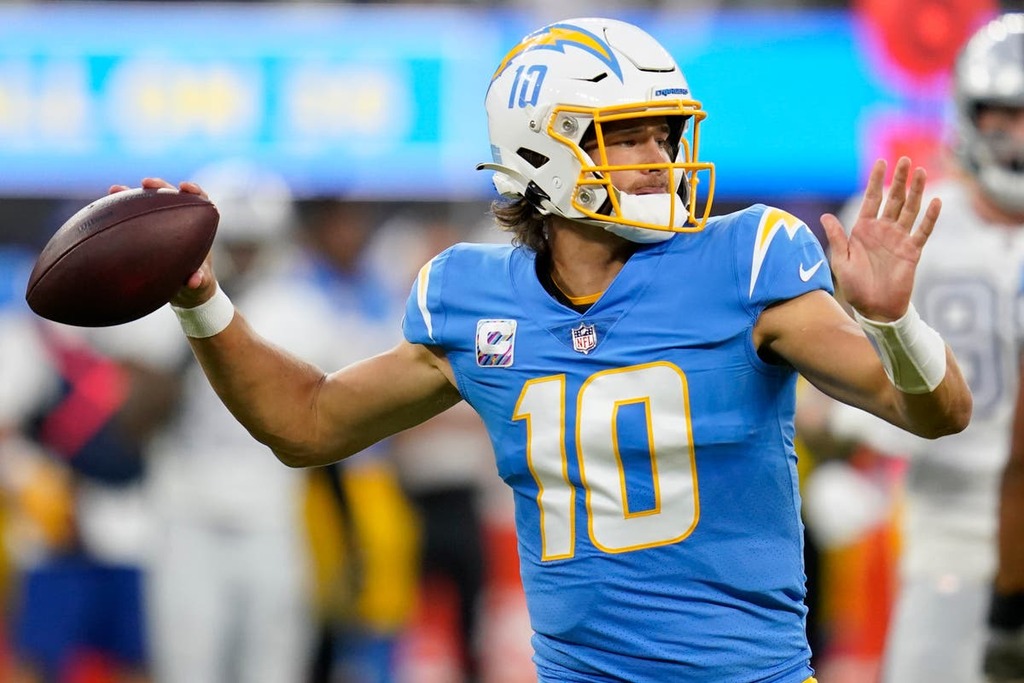 The Raiders were riding high at 3-0 when they travelled across the desert to Inglewood California before lightning strikes forced their game to be delayed by some 35 minutes.

Herbert did not take long to get moving, with the second-year signal-caller connecting with tight end Donald Parham Jr on a four-yard pass after less than seven minutes of the first quarter.

Jared Cook leapt high to haul in a Herbert 10-yarder just inside the end zone in the second quarter while running back Austin Ekeler headed to the corner minutes later to catch a ball from his quarterback that had the hosts up 21-0, following three successful conversions from Tristan Vizcaino, at the half.

The Raiders’ offensive line was shredded by the Chargers’ pass-rush before the big break but muscled up when they returned, with Derek Carr managing to complete nine of 10 passes in the second half including two throws for score in the third quarter.

A 10-play, 58-yard drive which ended with Ekeler scoring from an 11-yard run with five minutes left was successfully converted by Vizcaino to make the score 28-14 to the hosts, who moved to 3-1 with the victory over their AFC West rivals.