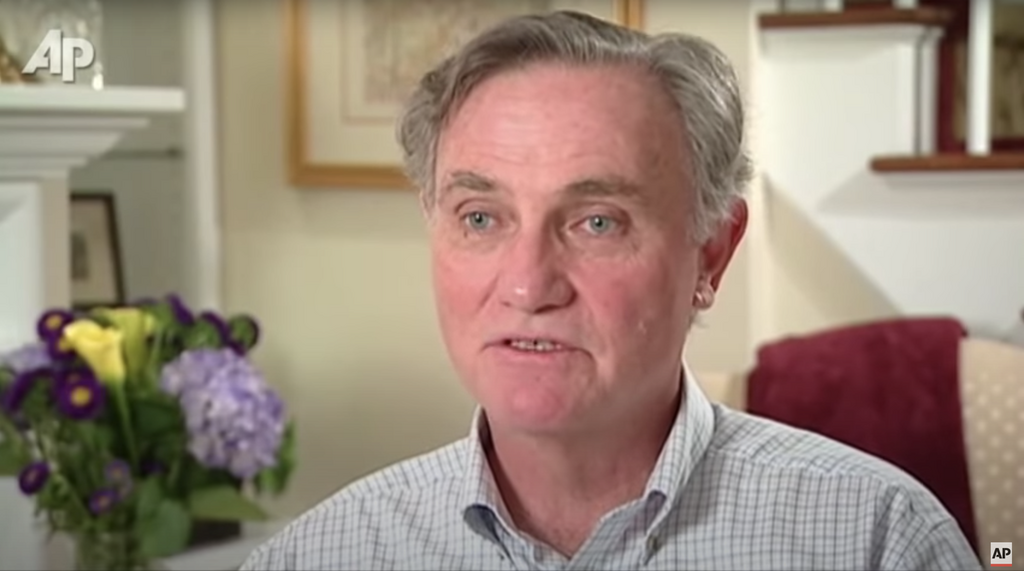 Of all the 9/11 survivor stories, one of the most unbelievable belongs to two men: Brian Clark, a Canadian businessman whose office was struck by one of the planes, and Stanley Praimnath, the man whose life he saved.

“Our room just got rocked, just destroyed in a second,” Mr Clark told the Associated Press ten years later. “And it was for the next 10 seconds after that immediate impact – that was the only 10 seconds of the day that I was afraid. Terrified, in fact.”

There were three staircases in front of Mr Clark. On an impulse, he started heading down Stairway A. He had no idea that was the only staircase that hadn’t been destroyed.

On the 81st floor, a woman heading upstairs stopped Mr Clark and the co-workers who had followed him. She told them to turn back, because she’d seen fire and debris lower down. Her advice was to head to the roof, where she hoped a helicopter would rescue them.

The woman headed up, and Mr Clark’s group stayed in the stairwell, debating what to do. Then Mr Clark heard a sound.

“I got distracted by a banging noise inside the 81st floor, and I strained to listen to what I thought was a voice,” he said. “‘Help! Help! I’m buried! Is anybody there? I can’t breathe!’”

Mr Clark left the group and headed toward the voice. Amid the debris, he saw a hand sticking out through a hole in a wall, waving up and down. Mr Clark shone his flashlight into the hole, and saw two eyes staring back at him.

This was Stanley Praimnath, a Fuji Bank employee who had seen Flight 175 approach and ducked under his desk just before the impact. Miraculously, the desk shielded him as his office collapsed.

Now Mr Praimnath was trapped behind a wall. Mr Clark grabbed his hands and pulled. After several tries, he managed to heave him over the top.

Mr Praimnath was overcome with gratitude.

The two men headed back to the staircase. By this time, the rest of Mr Clark’s group had headed upstairs, hoping for a rescue that never came. None of them would survive.

Mr Clark and Mr Praimnath headed the other way, beginning the long journey down 80 floors to the bottom. Eventually they encountered some smoking debris, but were able to move it aside.

At 9:55am, they finally reached the ground floor. As they left the building, a firefighter told them to run, because debris was falling on the street. They followed his instructions.

When they were a couple of blocks away, Mr Praimnath looked behind them.

“He said, ‘You know, I think that building could come down,’” Mr Clark recalled. “And I said, ‘There’s no way! That’s a steel structure…’”

“There are hundreds, if not thousands, of unanswerable questions: Why me? Why not somebody else? Why them?” he told AP. “I have been given a gift. I take no credit for it. I’m just fortunate.”