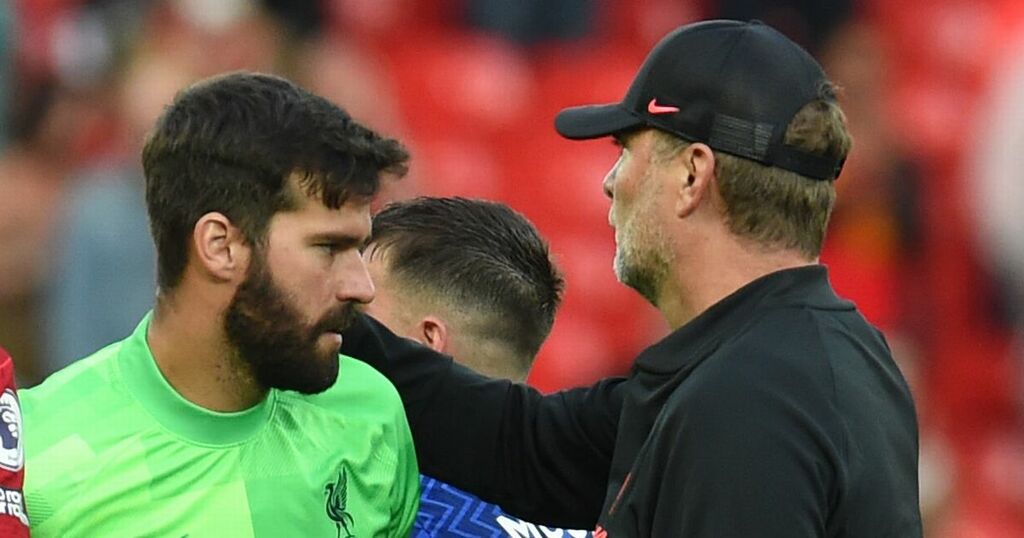 Jurgen Klopp has called for a swift solution to the club versus country row that is threatening to majorly disrupt Liverpool's season.

The Reds have been told by FIFA they cannot play Alisson Becker, Fabinho and Roberto Firmino in Sunday's clash at Leeds United after refusing to release the trio for international duty this month due to coronavirus quarantine regulations.

A number of other Premier League clubs - including opponents Leeds, who will be without Raphinha - have been affected after the Brazil FA asked the governing body to enforce their five-day rule.

The situation is yet to be resolved and is likely to be repeated again in October and November when there are two further rounds of World Cup qualifiers in South America.

And Klopp has warned the problem could become even worse unless it is addressed as soon as possible.

"It's a really difficult situation," said the Reds boss. "It's really tricky for all the clubs and players especially because we shouldn't forget the players wanted to play those games and the clubs wanted to let the players go, but it was just not possible.

"We obviously have to play the World Cup qualifiers, so either we say teams like Brazil and Argentina are qualified and let them go and in Europe the same for some teams, or the only other solution is an exemption from the Government.

"I can understand why some people would say 'I cannot travel, but they (footballers) are allowed to travel', but just let me describe again the life we live. We live in bubbles. It's home, training ground, training ground, home. Done.

"Then when they (the players) move to the national teams, as far as we know they are in a bubble as well. We are not part of normal life. That's why it has worked really well, the European Championships worked quite well in the summer.

"Football clubs very often have exemptions so far and that didn't lead to any spread because we get tested three times a week.

"At one point somebody has to make a decision otherwise we move the problem from one international break to the next.

"We cannot decide that, obviously. But it's not all right that only the players and clubs get punished for it. At the moment, we cannot play the players."

Klopp, speaking on Friday afternoon, added: "Before the international break I had a meeting with Arsene Wenger and another FIFA guy, and at that moment I got the message from our guys there's no exception from the Government for our players, and all three people in the room agreed they cannot go.

"We still don't know who we can line up at the weekend, but that's the smallest of our problems.

"Next time we don't know if there will be 10-15 more countries on the (Government travel) red list and then we will have the same problem again.

"Then the clubs and players get the punishment again for something we are absolutely not influential over. That's for sure not right."

Firmino had in any case already been ruled out of Sunday's match due to the hamstring injury suffered against Chelsea a fortnight ago, with Diogo Jota likely to instead lead the attack.

Caoimhin Kelleher is on standby to replace Alisson in goal while Klopp has a number of midfield options should Fabinho be ruled out.

But the Reds boss admits being left in the dark has made it difficult to prepare properly for the fixture.

"I have no idea when I can expect an answer," said Klopp. "I don't know when I can make a decision, there will be a moment and the training session today will be very important and it would nice if I could train with the team I want to play on Sunday."