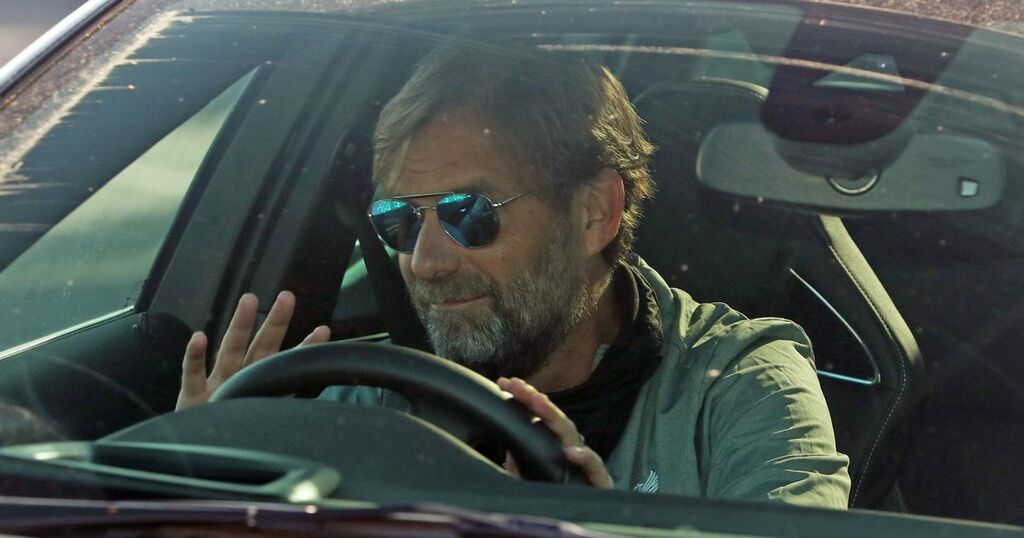 Jurgen Klopp spent the weekend in Barcelona during the international break as he has been tipped to succeed Ronald Koeman.

Koeman has come under pressure at the Nou Camp and it's claimed that the Liverpool manager is at the top of a five-man shortlist to replace him.

El Nacional reports that Klopp is the club's preferred choice ahead of the likes of Ajax head coach Erik ten Hag and club legend Xavi Hernandez, who had been in charge of Qatari side Al Sadd since retiring in 2019.

Barca will be encouraged by the fact Klopp has been open about life after Anfield and he even spoke about what he could do after football this week as the news broke of Barcelona's plans.

Do Barcelona have any chance of getting Jurgen Klopp? Comment below

The German, coincidentally, was in Catalonia as he took advantage of the break in domestic football, as reported by Diario Sport.

Asked what he will do when he takes a break from football, Klopp told This Is Anfield: "Seeing the world, it’s [an] easy [answer].

"I could see the whole world if I wanted but still, I have no time.

"I was a young father, an average player and it means for seeing the world I had no time and no money and then I became a manager and I had immediately had absolutely no time but a little bit more money."

Klopp, who marks his sixth anniversary as Reds boss this week, is contracted until 2024 by which stage he will have been at the club for almost a decade.

The former Borussia Dortmund boss first hinted that he might take a sabbatical in 2019.

Speaking to Kicker magazine, he said: "I have absolute energy. But I have one problem. I can't do 'a little bit'. I can only do 'all or nothing'.

"When I decide that I cannot do it any longer then I will take a break for a year."

Klopp would then elaborate, telling SWR Sport in July 2020 he has plans to move back to Germany when he leaves Liverpool.

"Definitely to live, after my career. Most likely even to Mainz," he explained, adding he'd spend "four [more] years in Liverpool," before heading home.

A month later in August Klopp spoke to Germany publication SportBuzzer suggested he could take a year out of management and even retire from football entirely.

He added: "I'll take a year off and ask myself if I miss football. If I say no, then that will be the end of coach Jurgen Klopp. If one day I am no longer a coach, there is one thing I will not miss: the brutal tension immediately before the game."

And then in September, the German doubled down on his plans to take a 12-month break after he leaves Liverpool.

He told Einfach Fussbal: "When I leave Liverpool, I won't take a new job the next day. That's for sure. I will take a one-year break after Liverpool."

It's not the case that Klopp is desperate to leave Merseyside, however, as he vowed to see out his current deal.

He said: '"For me personally this is a statement of intent, one which is built on my knowledge of what we as a partnership have achieved so far and what is still there for us to achieve.

"When I see the development of the club and the collaborative work that continues to take place, I feel my contribution can only grow.

"People see what happens on the pitch as a measure of our progress and although it is the best measure, it's not the only measure. I have seen the commitment from ownership through to every aspect and function of the club you can think of.

"When the call came in autumn 2015, I felt we were perfect for each other; if anything, now I feel I underestimated that. It is only with a total belief that the collaboration remains totally complimentary on both sides that I am able to make this commitment to 2024."