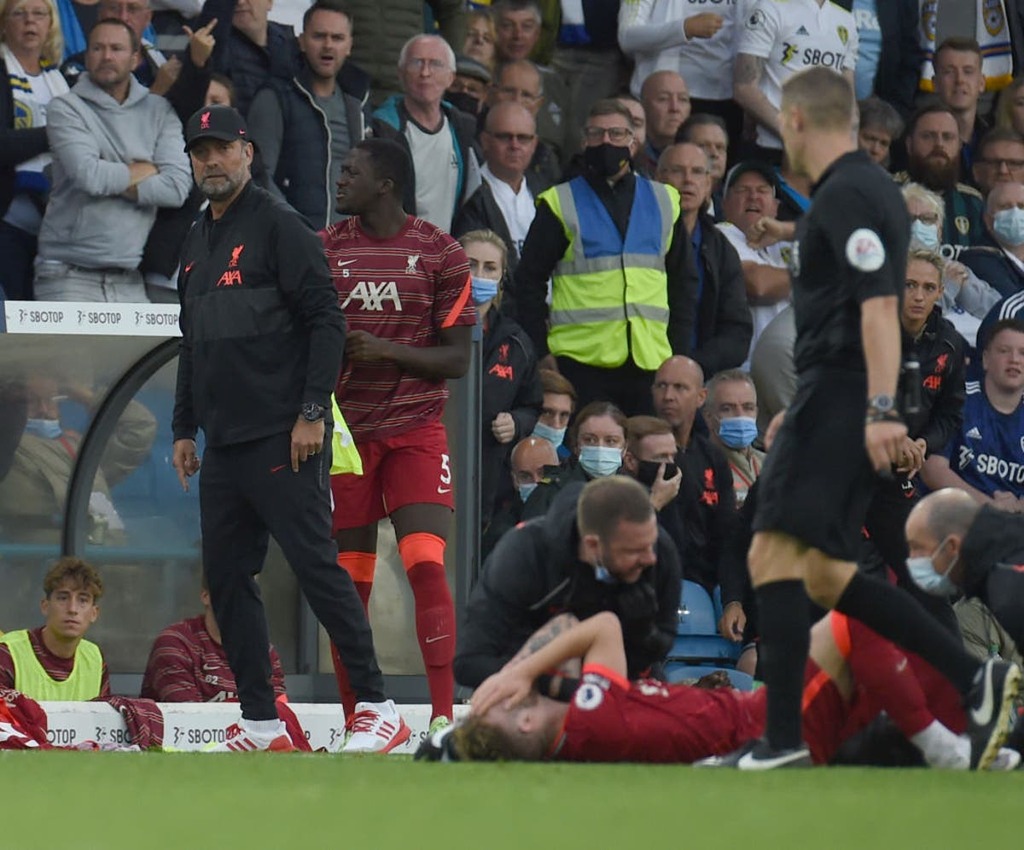 Jurgen Klopp was relieved teenage midfielder Harvey Elliott was no longer “in much pain” after his injury overshadowed Liverpool’s 3-0 win at Leeds.

Elliott, 18, appeared to dislocate his left ankle in a second-half challenge with Leeds substitute Pascal Struijk and was carried off the field on a stretcher after lengthy treatment.

Elliott posted a picture of himself with thumbs up on Instagram before full-time, writing: “Thank you for the messages guys! Road to recovery. YNWA.”

Klopp, whose side moved level on points with top two Manchester United and Chelsea after goals from Salah, Fabinho and Sadio Mane at Elland Road, said: “One of the Instagram posts I liked, if he did that already it is a sign he is not in much pain, so that is great.

“There is not a lot of good things to say, otherwise it is a bad injury. We have to wait for further examinations and scans.”

Liverpool skipper Virgil van Dijk who recently returned to action after being sidelined for 10 months due to a knee injury, told Sky Sports: “I have experienced, with all the players and staff, everyone around Liverpool and the fans – they had my back.

“They were there for me in difficult times. I am 100 per cent sure we are all going to be there for him no matter what.”

Elliott’s injury marred what was a convincing win for Klopp’s side, who could have won by a bigger margin after creating 30 attempts on goal.

Klopp added: “Obviously we played a really good game today. We pressed exceptionally well and that’s why we won a lot of balls.

“It was far from perfect and we should have had more clear-cut chances. But that’s not a problem, we won 3-0.”

Marcelo Bielsa insisted Struijk, a 33rd-minute replacement for Diego Llorente, had made a genuine attempt to win the ball, but would not be appealing against his defender’s dismissal.

“These types of recoveries of the ball are totally frequent. The difference here was Pascal’s speed and power hit the opponent and that caused the injury.

“I regret dearly that such a young player who was playing at a high level was interrupted through this. I hope he is able to get back.

Leeds had their moments in a pulsating encounter – Rodrigo, Luke Ayling and Patrick Bamford had chances – but lacked Liverpool’s potency in the final third.

“And the way Liverpool performed allowed their creative players to shine and the way I proposed the game did the opposite.”