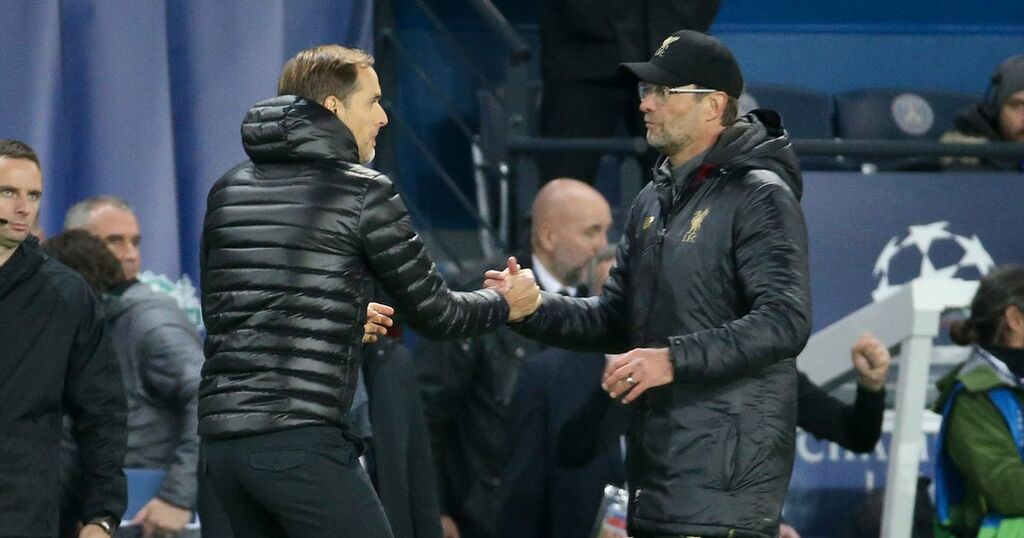 Back then, the idea of Liverpool becoming Premier League and European champions felt pretty far fetched after the regime of Brendan Rodgers had gone seriously wrong, following the infamous Steven Gerrard slip which derailed their title charge in 2014.

But through admittedly gritted teeth, the job Klopp has done on Merseyside has been transformative and something many clubs will be looking to emulate in the coming years.

Following Liverpool's 2-2 draw with Manchester City, Klopp commented on something which brings into wider light the development of both clubs in recent years and how Chelsea's structure relates.

Following the 2-2 draw, Klopp spoke about the future of football and what this clash detailed about where the game is headed.

Reflecting on the draw the German said "There's disappointment but then I also have a brain and I think come on, first half was really bad, we should not and will not ignore that. But second half was the game we wanted to see – it was the future of football."

Klopp, a bit like his compatriot Thomas Tuchel, has an interesting way of phrasing answers.

The 'future of football' line might be a throwaway one that is just said in the heat of the moment following an emotional game, but given the level of play achieved in the second half by both teams, there is more weight to it.

Whilst watching Liverpool and Manchester City throw haymakers at each other in what was an undeniably entertaining contest, there was a cynical side to my enjoyment of the game.

Myself and my Dad watch a majority of football at home or inside Stamford Bridge together, and we both shared the sentiment that the bold level of attacking play demonstrated by both teams will likely never be replicated at Stamford Bridge. Liverpool and Manchester City produced an enthralling second half last Sunday in a dramatic 2-2 draw.

It may appear like an overly reactive and futile statement to try and demean your own beloved club when things in SW6 are pretty good.

The Blues are European Champions, top of the Premier League, are coached by the brilliance of Thomas Tuchel and tipped to challenge both Liverpool and Man City this term.

But the high level of expressive attacking play both realised at Anfield felt like the vindication of years of coaching and patience with two elite clubs. Klopp's 'heavy metal' 'counter-pressing' football is less about carefully crafted possession and more about intense bursts of speed overwhelming disorganised defences. Pep Guardiola's immaculate positional play moves players around and exploits gaps left with precision to create high-quality chances with regularity.

At Chelsea, neither of these ideas would likely be fully realised given our culture succumbing to short-term pressure and a demand to win now and ask questions later.

The fruits of Klopp's hard work on Merseyside came through a spell of disappointment and difficult days in his earlier years where his ability to construct a top defence was questioned.

Pep Guardiola's first season at The Etihad could have been enough to get some coaches sacked at Stamford Bridge given how easily his City side faltered in the title race and only secured Champions League qualification on the final day.

Even if both clubs are operating on different financial levels, the belief in building something longer-term around a brilliant coach with a set of principles are clearly present. The hostility Maurizio Sarri faced proved categorically why this is very unlikely, even if Sarri did not have the CV Klopp or Guardiola boasted preceding their arrivals in the Premier League.

Nearly all of Chelsea's best performances in games of huge magnitude are defined by a solid defence and efficient counter-attacking play. The performance against Manchester City in the Champions League final brought back visions of Jose Mourinho's greatest Chelsea side of 2005, rather than replicating the progressive trend in England's top flight.

This is not to suggest there is a "right way" to play football, which is an arrogant and entitled belief.

No Chelsea supporter will care about entertaining neutrals if their club is capturing the biggest prizes, that is entertainment in itself.

Though Klopp's comments point to a trend which may cause Chelsea's short-term mentality to prevent them from maintaining the consistent levels Liverpool or Manchester City have shown, and limit them from reaching the perfected attacking visions seen last Sunday in such a high calibre game.

Do Chelsea's hierarchy or supporters care about that? I highly doubt it, though it may mean the Blues again fall behind their title rivals in years to come as they have previously.

What are your thoughts on Jurgen Klopp's comments? Follow our CareFreeChelsea Writer Daniel Childs on Twitter to get involved in the discussion and give us your thoughts in the comments section below