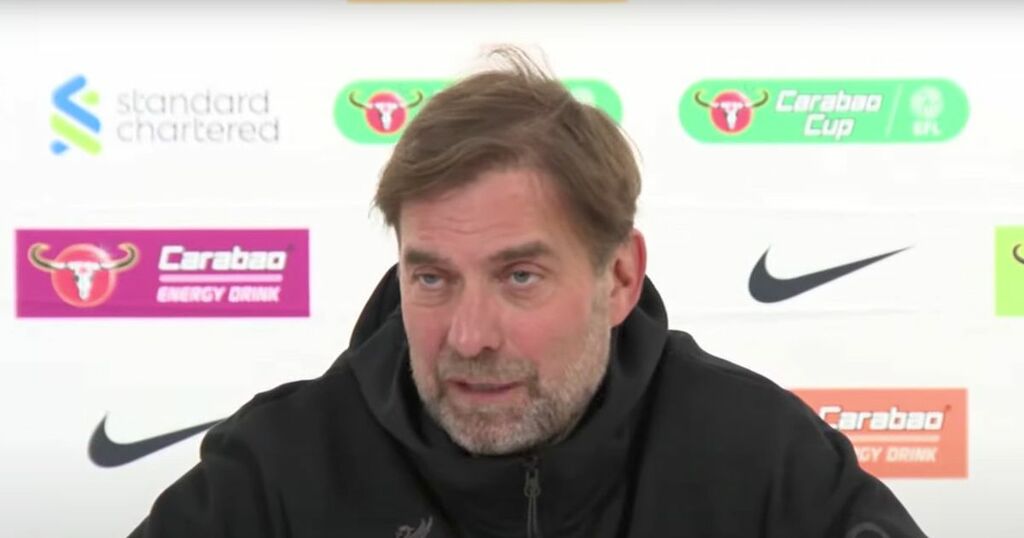 Jurgen Klopp is feeling "very positive" about Mohamed Salah 's contract situation at Liverpool but has admitted that the relevant parties are still locked in negotiations.

Salah's current deal expires in 18 months' time, with the Reds spending much of the season attempting to tie their star man down to fresh terms ahead of the summer transfer window.

Klopp has repeatedly kept positive about the predicament Anfield chiefs and the 29-year-old find themselves in, and his latest comments revealed where those involved stand.

Following Salah's latest declaration that he wants to sign a new contract - on his "not crazy" terms - the Liverpool manager was asked for his verdict ahead of the Reds' Carabao Cup semi-final first leg at Arsenal on Thursday.

"Nowadays, especially, I think it's really dangerous with these interviews," Klopp stated. "We know, I know that Mo wants to say, we want Mo to stay.

Join the debate! Should Liverpool bend to Salah's eye-watering demands? Comment your thoughts below.

"That's where we are. These things take time, I cannot change it, sorry. I think It's all in a good place."

Pushed by a reporter to elaborate in order to allay supporters' fears, the German affirmed: "I'm very positive about it but I don't think it's fair to speak on behalf of the fans. The fans are not as nervous as you are.

"They know the club and know the people dealing with things here. I think it's positive but as long as it's not done, we cannot say anything about it. Good conversations, that's what I can say."

Klopp added when pressed by another journalist: "Things take time, there are so many things what you have to do in these negotiations. By the way, it's a third party with the agent in there as well.

"It's really all fine - it's not done - but we're in talks. He's a world-class player, an unbelievable player, great boy, did a lot of great stuff for Liverpool.

"Of course we want to keep him. Now let's see how it will work out. That's all."

He continued to wax lyrical about Salah's commitment, having scored a sensational 23 goals this campaign.

"First in, last out, doing the right stuff. He knows his body, he listens to experts and tries to improve all the time, he worked so hard for this situation he will not waste it by doing less."

Salah is currently away on international duty with Egypt, captaining his nation at the Africa Cup of Nations.

Nevertheless, his name is still being talked about on Merseyside thanks to his telling comments.

"I want to stay, but it's not in my hands. It's in their hands," the winger told GQ. "They know what I want. I'm not asking for crazy stuff.

"I've been here for my fifth year now. I know the club very well. I love the fans. The fans love me.

"But with the administration, they have [been] told the situation. It's in their hands."