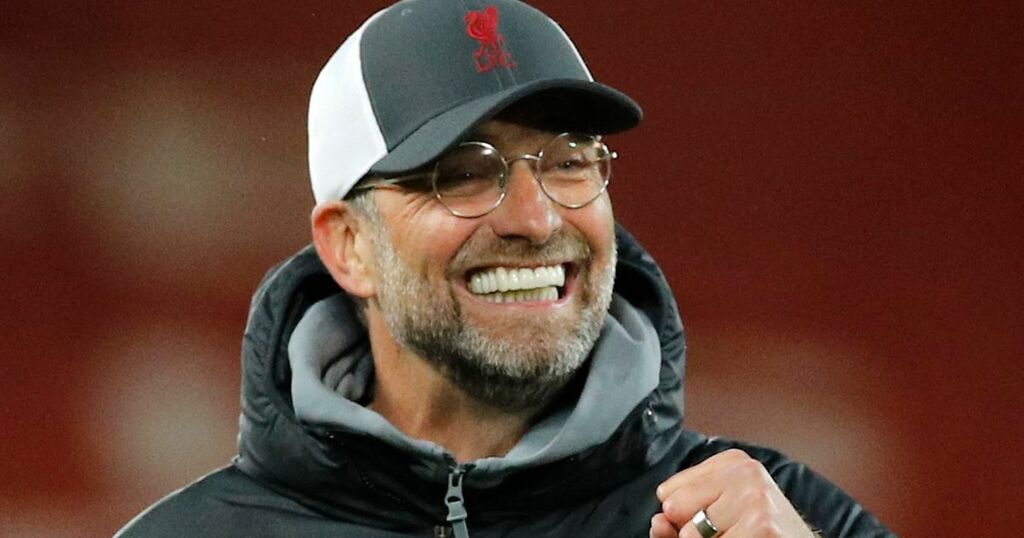 International football is rarely popular with fanatical club supporters, especially those who follow the top teams.

Sure, the World Cup, European Championships and Copa America can be entertaining during the summer, but the mid-season breaks for often one-sided qualification matches often feel entirely pointless.

And the risk of injuries looms large, with players subjected to training regimes that don’t align with how they work at their clubs. Liverpool have suffered with this on many occasions in the past, with Joe Gomez and Daniel Sturridge just two examples of men who sustained serious injury while with England.

Yet international football doesn’t have to be an entirely negative experience for clubs, and the Reds are seeing plenty of evidence of that in the October break.

Take Virgil van Dijk, who last scored for Liverpool in the opening league match of 2020/21 and then missed 10 months through injury. He has had 11 shots without scoring this season – only seven players in the Premier League have had more, and none of them are defenders.

He will have therefore been delighted to open the scoring for the Netherlands in their 6-0 win over Gibraltar on Tuesday evening. Not the most important goal he’ll ever score but it may help him relax in front of goal in a Liverpool shirt.

Sadio Mane is another Red who has bagged an international goal, getting on the score sheet in Senegal’s 4-1 win over Namibia. He also provided an assist, something he hasn’t yet done in club football in 2021/22.

Liverpool players have been setting up goals aplenty in this international break. One player continuing his excellent recent form is Curtis Jones, who created the only goal of England under-21s’ win in Andorra.

Jones has assisted three of his club’s last five goals, scored at Brentford and has played some role in the moves which resulted in eight of Liverpool’s previous nine goals. He could be a key player for the Reds in the weeks and months ahead so maintaining his good record via international football is no bad thing.

Mohamed Salah has also assisted a goal, in a 3-0 victory over Libya, but more significant were Andy Robertson’s efforts for Scotland in their 3-2 win against Israel.

Like Mane, Liverpool’s first choice left-back hasn’t seen much reward from his creative efforts this season. Robertson’s only assist was for Jones’ goal against the Bees, and that clearly owed far more to the finish than any excellence on the part of the Scot.

His contributions at Hampden Park were far more vital. Robertson found both John McGinn and Lyndon Dykes in the box to enable them to score equalisers and in the process created two goals in a single game for the first time for his country.

While Trent Alexander-Arnold is currently recovering from injury, Liverpool’s deputy full-backs and other squad members have been making the most of this international break too.

Neco Williams has yet to play for the Reds in 2021/22, having himself been injured earlier in the campaign, but he assisted Aaron Ramsey for Wales’ opening goal in their eventual 2-2 draw with the Czech Republic.

Takumi Minamino hasn't featured too heavily either, so will have enjoyed teeing up Ao Tanaka for a goal in Japan's crucial qualifying match against Australia.

Meanwhile, Kostas Tsimikas may not have set up any goals for Greece, but Who Scored did reveal that he has the highest dribble success rate of any player in the European qualification process, so he appears to be keeping sharp at least.

And Caoimhin Kelleher can benefit in similar fashion as he is set to make his first start for Republic Of Ireland when they take on Qatar on Tuesday.

Not the most testing opponents, perhaps, but if he is required to stand in for Alisson Becker against Watford on Saturday as expected then he will have at least played recently and not be coming in entirely from the cold.

The Brazilian stopper, along with Fabinho, kept a clean sheet as his side drew 0-0 in Colombia, so they have been keeping in form even if their involvement will cost them game time with Liverpool.

Jurgen Klopp would obviously prefer that his players remained on Merseyside during international breaks so they can rest and prepare for the challenges ahead. But he will at least know that many members of his squad will have received a boost from representing their countries this month.