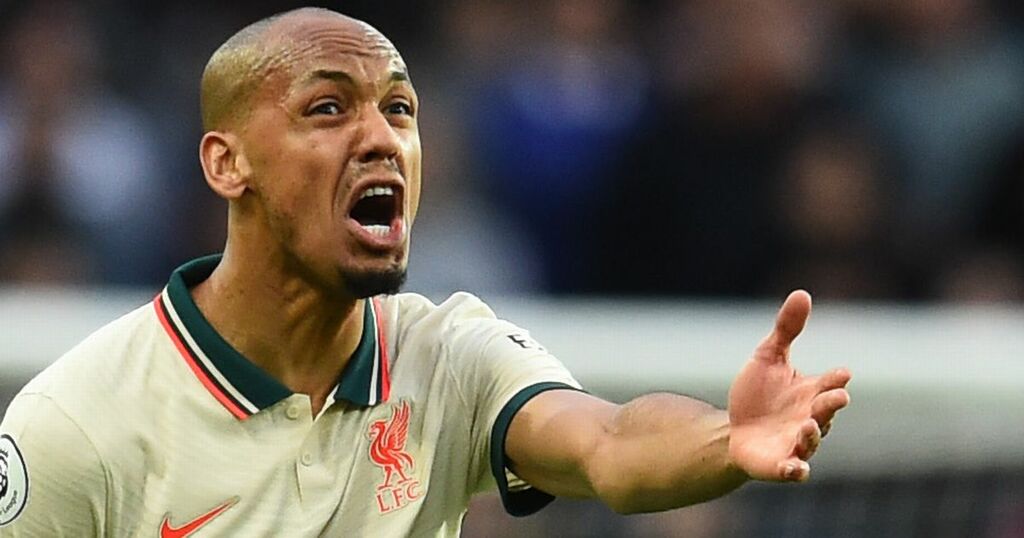 Jurgen Klopp is optimistic Fabinho will be fit for Liverpool’s Champions League final meeting with Real Madrid later this month.

Daily Mirror
One subscription that gives you access to news from hundreds of sites
'We have no idea!' - Liverpool boss Jurgen Klopp makes Chelsea admission ahead of FA Cup final

Liverpool manager Jurgen Klopp has confirmed Fabinho will be out of Saturday’s FA Cup final but will “definitely” be back for the Champions League final in Paris.

Fabinho suffered an injury during Tuesday night’s Premier League victory over Aston Villa, with it quickly becoming apparent he wouldn’t be available for Chelsea at Wembley. And Klopp has all-but guaranteed the Brazilian’s domestic season is over, with his return target now May 28 when they take on Real Madrid at the Stade de France.

Speaking ahead of their bid to add the FA Cup to the Carabao Cup, Klopp said: "He will definitely be back for the Champions League final. But before that we don’t know, we will see.”

Asked how the versatile midfielder has responded to the setback, he added: “Absolutely OK, Fab is a professional. He is obviously not happy about it, that is clear. He’s now ready for the fight against time, that’s how it is.

“It’s not enough if you are ready on Friday before the final, it will be Tuesday or Wednesday or something like that and we are working on that. And we are very positive that will be the case.”

With Fabinho out of action, there is a chance that one of Harvey Elliott, Curtis Jones or Alex Oxlade-Chamberlain could be thrust into the limelight and Klopp was full of praise for those players on the fringes of the squad, who have remained focused and are ready for such an opportunity.

HAVE YOUR SAY! Who will win the FA Cup final between Chelsea and Liverpool? Make your prediction here

“If these boys didn't show the attitude they had in training all season (Ox, Elliott, Jones) then we had no chance.”

Having already beaten Chelsea in the EFL Cup final earlier this season, a Wembley win over the Blues for the second time would see Klopp lift the one domestic trophy that has so far eluded him.

“I didn’t dream that big,” Klopp said about his ambitions to one day lift the trophy. “I never was like this. When I started, I never dreamed about becoming German champion, I didn’t think I’d ever be part of the Champions League, you just do what you do.

“We’ve spoken a lot about it, it is the biggest domestic cup competition in the world for sure. It’s not like I watched 20 FA Cup finals or anything, but I don’t think that’s necessary to understand how big it is. It would mean the world to us, that’s the absolute truth.

“There is only one chance to see who will win the FA Cup and that is by playing it and we will give it a really good go, that’s the plan. The opponent will do the same and that’s why it will be such a good game.”

Saturday’s final comes wedged in between a hectic fixture schedule which has seen them reach the European final and take the battle for the Premier League title down to the wire. But rather than bemoan a lack of preparation time, Klopp wants his players to embrace one of the biggest games of their careers.

“When you go for three or four trophies, it's clear you get it or you don't,” he explained. “It's a busy season, but it will never happen that the FA Cup is just a normal game. It's a special game and, for some, the biggest in their career. We want to enjoy it and deliver for our people."

Jurgen Klopp is optimistic Fabinho will be fit for Liverpool’s Champions League final meeting with Real Madrid later this month.

Daily Mirror
One subscription that gives you access to news from hundreds of sites
'We have no idea!' - Liverpool boss Jurgen Klopp makes Chelsea admission ahead of FA Cup final