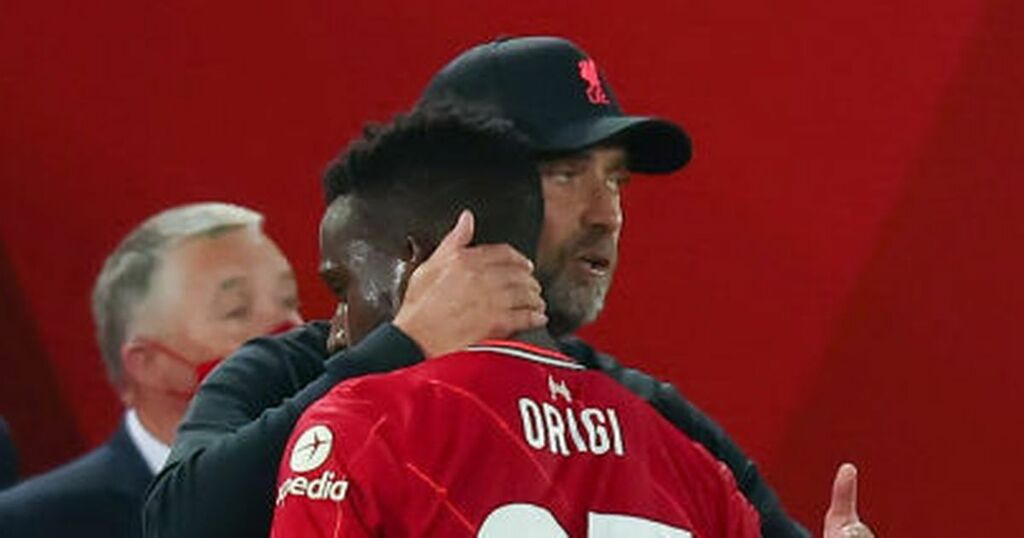 Jurgen Klopp admits he expected Divock Origi to leave Liverpool in the summer.

And the Reds boss says the Belgian striker only stayed due to a lack of interest as he started his first game since January in the 3-2 win over AC Milan on Wednesday.

Origi's last goal for Liverpool came in the 7-2 win over Lincoln City in the Carabao Cup 12 months ago, but he claimed a wonderful assist for Mohamed Salah to make it 2-2 on a memorable night of Champions League action against the Rossoneri.

Klopp says the lack of sufficient interest in Origi in the summer was the reason behind him staying put as he claimed the forward would be known as a "Liverpool legend'' a decade from now for his exploits in the 2018/19 Champions League-winning campaign.

"He's done nothing really special [in training to get back in the side], but Divock is a great guy," Klopp said.

"In 10 years time' when people look back he will be a Liverpool legend. He is too young to be seen as a legend already so he has to play football.

"To be 100 percent honest, I thought he would leave in the summer, but the football world is a crazy place and obviously people forgot how good he is."

He added: "So I have said this, it is really difficult to get in this team and it's just that we have to work and I have to decide.

"There are difficult decisions who to pick, who to bring on and Divock has done nothing wrong.

"He trains, he gives everything and sometimes you still don't play [yourself] into the squad and that can happen when everyone's fit.

"But for tonight he was the right player to do it and he did really well. He wasn't injured, he got a cramp, which is normal and for now that is just it.

"I am really happy today to give him the opportunity and that he used it like he did."

On a night when Klopp made four changes to his side, the Reds manager explained how he had to be "sensible" with Virgil van Dijk given his relatively recent return from 10 months out with anterior cruciate ligament damage.

Joe Gomez made his first start since November of last year alongside Joel Matip as Van Dijk and summer signing Ibrahima Konate sat on the substitutes' bench.

Klopp added: "It's really difficult for players like Virgil van Dijk who you saw warming up tonight to tell them they are not playing.

"But you need to be sensible in these moments and we have a lot of boys in the last line who are coming back from injury.

"Naby Keita started some games already, Henderson played a super game, both of them and Fabinho did that too, that was very important.

"Divock Origi is an outstanding striker and he did really well tonight. It's just really difficult to get in this team to be honest.

"That is what makes life sometimes a bit uncomfortable but Divock is a great guy."