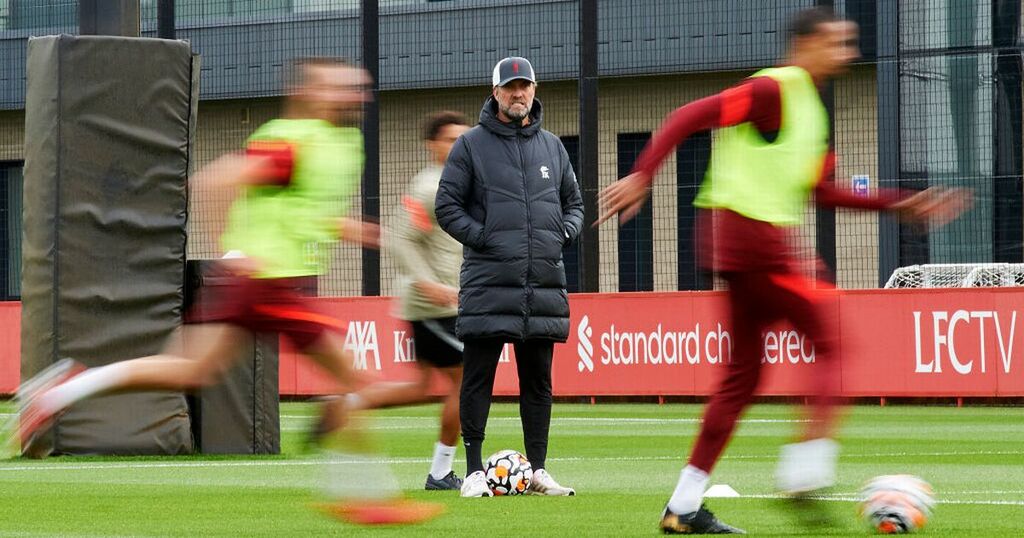 Liverpool’s injury crisis at the back made last season a tough one to navigate.

However, “Every problem is an opportunity in disguise.”

EXCLUSIVE: Ian Rush reveals to the ECHO what Mohamed Salah told him about his Liverpool future

While having so many key players sidelined was a real setback for Jurgen Klopp and his team, the issue actually presented a number of young players with the chance of a lifetime.

Nat Phillips and Curtis Jones were two players afforded more starts than they would have anticipated heading into the 2020/21 season and having been fast-tracked to the first-team, they are now ready when called upon.

Another player who was thrown in at the deep end was Caoimhin Kelleher.

Playing in the most scrutinised position on the pitch, the goalkeeper shined in the Champions League against Ajax as he filled in for the injured Alisson in December last year.

The Irish stopper kept a clean sheet against the Dutch giants to help the Reds progress to the knockout stages of Europe’s premier competition.

Five days later, he recorded another shutout in a 4-0 rout of Wolves, making it three in a row having kept a clean sheet on his debut against MK Dons in the League Cup in September 2019.

Featuring at just 22 and 13 days, he was the youngest Liverpool goalkeeper to not concede on his first Premier League start.

Klopp was pleased, and probably slightly relieved, to see Kelleher and his young team-mates step up to the challenge as the goalkeeper, Jones and Phillips thrived playing in such high-pressured matches.

“We clearly had some problems injury-wise, we lost top-class players to injuries and of course if one door closes and another opens up,” he said.

“You still need the right kids, the right players to use the chance.

“Without them we would have been lost, to be honest. Thank God it worked out.

"What Nat (Phillips) did when he played in the Premier League was absolutely exceptional.

“Curtis plays like he’s played 10 years for us. Caoimhin was always a talent and now he has the chance to show that on the big stage, to use that opportunity is nice for him."

Since then, the young Irishman from Cork has gone from strength to strength.

Kelleher is Liverpool’s second-choice goalkeeper ahead of Spaniard Adrian and could be in line to start against Watford in the possible absence of Alisson who will represent Brazil in South America only 35 hours before the Reds kick-off.

The thousands of Reds in the away end at Vicarage Road and the millions watching around the world will be confident with the man between the sticks.

Sometimes, a deputy stopper can make supporters slightly nervous or fretful but not Kelleher. The fact he is able to fill in for a stopper of Alisson’s standing says it all.

He has taken his opportunity brilliantly, and already has one shutout to his name this season, making a penalty save to keep Norwich at bay in the Carabao Cup last month.

This will be his first league start of the campaign but he has proved he is dependable and capable of playing on the biggest stage. He is making good progress.

On Tuesday night, Kelleher played his first full 90 minutes for Ireland and, of course, recorded another clean sheet as the Irish ran out 4-0 winners over Qatar at the Aviva Stadium.

Previously finding himself behind Gavin Bazunu, playing this season for Portsmouth on loan from Manchester City, Kelleher relishes having a rival for the number one spot.

"I think it’s a different situation for me anyway. Liverpool want me to stay, I’m number two this season, and it’s a good position to be in, I think.

"Hopefully, it’s a chance to play some games and the opportunity to play at a high level.

"It's different for everyone, different individuals, it's different journeys, the way my career is going is completely different, so I don't have any regrets.

"I am happy to do what I do and how it has turned out.

"If I need to have a conversation about playing more games, I’ll have it. I’m in a good position where I am."

He is, after making his international debut, he’s set to make his third Premier League appearance, all before his 23rd birthday.

Should Kelleher keep taking his chances when they come, he will continue to be a trusted member of the team and one day, could be the number one.

"There’s no point being somewhere and not thinking you could be number one," he added.

"You have to have that mentality and I want to push on and be number one. And hopefully if I get a chance, I’ll take it.

"I'm just trying to take it day by day at the minute; when I do get games for Liverpool, to put in good performances and show that I am capable of playing at that level.

"I’m just trying to keep consistent and keep pushing on, and hopefully one day I’ll get to that level."

Liverpool’s injury problems last season gave Klopp a selection headache but the Reds boss soon realised he could rely on Kelleher who grabbed his unexpected opportunity with both hands.