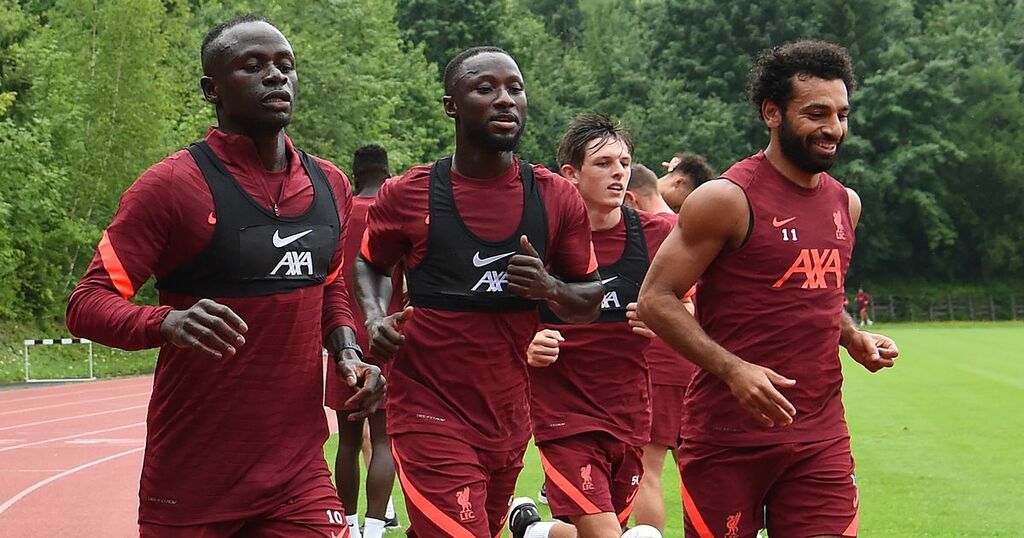 The Reds are set to be without Senegal forward Sadio Mane, Egypt talisman Mohamed Salah and Guinea midfielder Naby Keita when the tournament takes place between January 9 and February 6 in Cameroon.

The trio will almost certainly miss Liverpool's FA Cup third round tie and Premier League games at home to Brentford and away at Crystal Palace, and both legs of the League Cup semi-final if the Reds progress to that stage.

And if any of their respective nations reach the final rounds of the Cup of Nations, it could put in doubt their involvement in a possible FA Cup fourth round tie while quarantine regulations could impact on involvement in the Premier League visit of Leicester City on February 9.

But Klopp has intimated the Reds are at present not looking to bolster their squad in the January window to cover for the likely absences.

"It depends on the situation in the squad at the moment," said the Reds boss. "It's not ideal, everybody knows that.

"Africa Cup of Nations, they have the right to play their tournament, like Europe and South America, that is completely fine.

"We knew it, we have to deal with it, and we will deal with it. How? We will have to see in January.

"People are saying now that we have to sign two strikers of the same quality as Sadio and Mo, but that cannot be a solution as we cannot do that.

"So we need to find a solution in January."

The ongoing coronavirus pandemic has caused havoc with international football this season due to travel restrictions and quarantine concerns.

Liverpool joined other Premier League clubs in not releasing their Brazilian players for the recent round of World Cup qualifiers in South America, and were due to be without Alisson Becker and Fabinho until the Brazil FA withdrew their complaint to FIFA.

And Klopp has reiterated a long-term solution must be found with more international games due in October and November.

"I don't think it's right that in the end the clubs and the players get punished," he said. "We were not involved in all of the decisions and there was one decision we had to make - together.

"We couldn't do it alone. If we as Liverpool decided our players wouldn't go, then it's 100% clear the punishment was right.

"But all the clubs agreed for the same reason. The reason wasn't to keep players at home, it was because they'd have had to have spent 10 days in a quarantine hotel near an airport (on their return).

"Aston Villa and Tottenham - I don't know if they decided it or the players did it themselves - they have done something, coming home from South America and going to Croatia for 10 days where they can train and come back. That's not a solution, it's just another problem."

Klopp added: "Somebody in this environment needs to make a decision everybody can live with.

"One thing that would help is a player exemption we've had for the last few years in certain competitions and it's worked well.

"It is tricky. Our players played in Copa America in the summer and how to get them back was incredibly tricky.

"There was no alternative solution (other than not releasing the players) and I hope people see why."