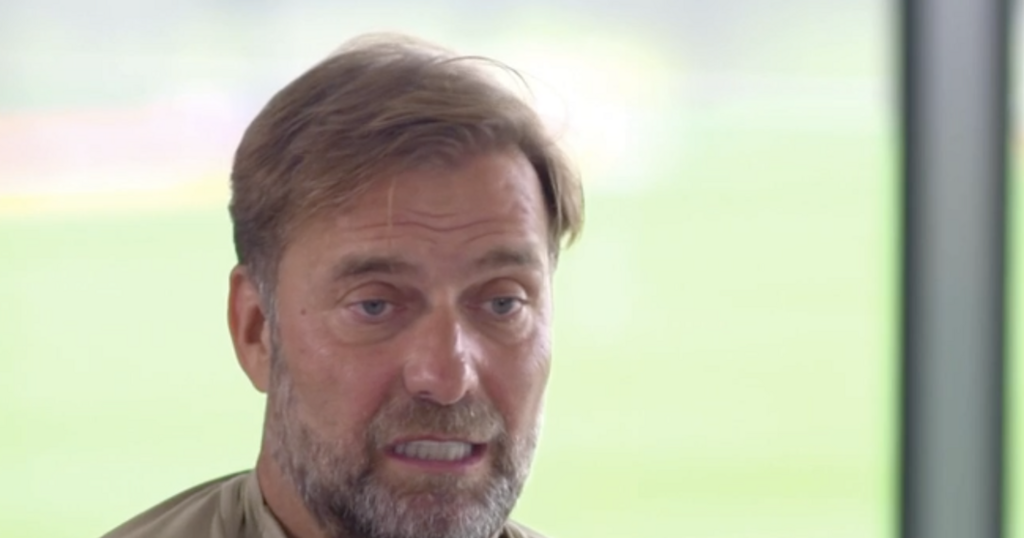 Liverpool manager Jurgen Klopp has admitted that he is "not happy" about Manchester United re-signing Cristiano Ronaldo.

United, despite already landing Raphael Varane and Jadon Sancho earlier in the window, swooped to sign the five-time Ballon d'Or winner late in the transfer window, landing him on a two-year deal.

With less than a week to go until the window closed, Ronaldo was set to return to the Premier League and join Manchester City.

However, United were reluctant to allow one of their greatest ever players join their cross-city rivals and quickly stepped in, reaching an agreement with Juventus just four days before the window closed.

Ronaldo, who marked his second United debut with a brace against Newcastle United at Old Trafford on Saturday afternoon, has significantly bolstered the Reds' Premier League title prospects, with the Portuguese star having been considered as what was the missing ingredient within Ole Gunnar Solskjaer's armoury.

For Liverpool chief Klopp, however, Ronaldo's return to United has not let him overly happy, whilst he has admitted that he was "surprised" he wanted to leave Juventus.

Klopp told Sky Sports : "Am I happy that he is at United? No, I can't say that."

Asked if he was "too good a player", the German continued: "Yes, unfortunately.

"I was surprised, not about United, him going in there in the end, but when I first heard the rumours about him wanting to leave Juventus. I had no idea about that.

"I am not in the Juventus circle when people inform me from time to time about what is going on there, so I was surprised about that.

"He was going to City and I thought 'oh, that could be fun for United' and then, obviously, United stepped in and did it.