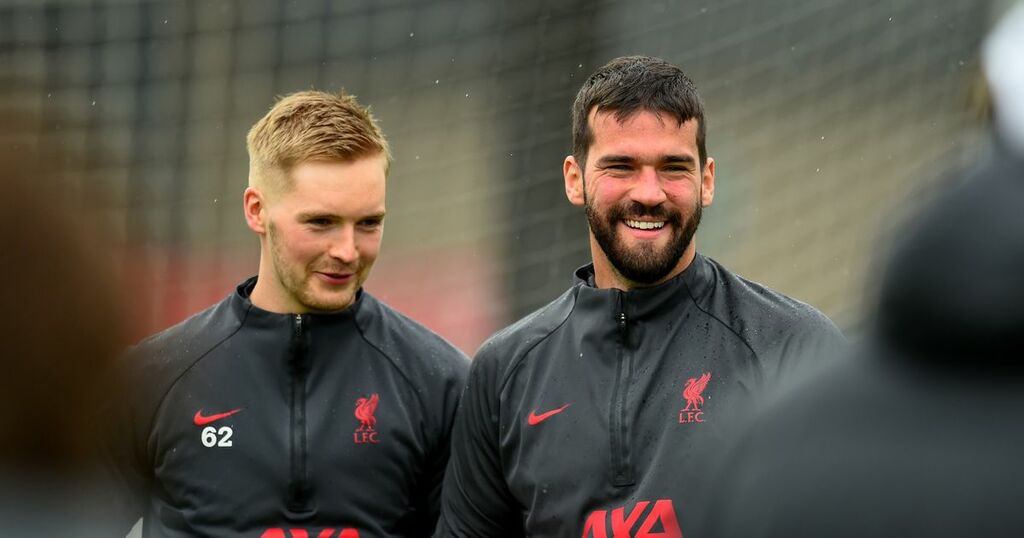 Jurgen Klopp has hinted that Alisson Becker will return in goal for Liverpool when they host Arsenal in the semi-final of the Carabao Cup.

But the Reds boss has also stated that Ireland international Caoimhin Kellher could feature if they make it past the Gunners and into February's Wembley final.

Kelleher has played in two of the three rounds so far - Adrian played in the win at Preston North End - to help Klopp's side get into the last four.

Liverpool entertain the Gunners at Anfield on Thursday in the first leg and Alisson is likely to return to the side after missing the last two games following a COVID-19 diagnosis.

"Caoimhin is the goalkeeper for this competition but there is a chance that Ali will play just because of the situation we are in because I think he needs a game now," Klopp said.

"We will see how we decide finally but there is a good chance that Ali will play just because of the situation with COVID and everything when he was out.

"We need to make sure that the boys have as much rhythm as they can get so there's a good chance that Ali will start but the competition is actually Caoimihn's competition - it's true."

Alisson hasn't played for the Reds since the 1-0 defeat at Leicester City on December 28.