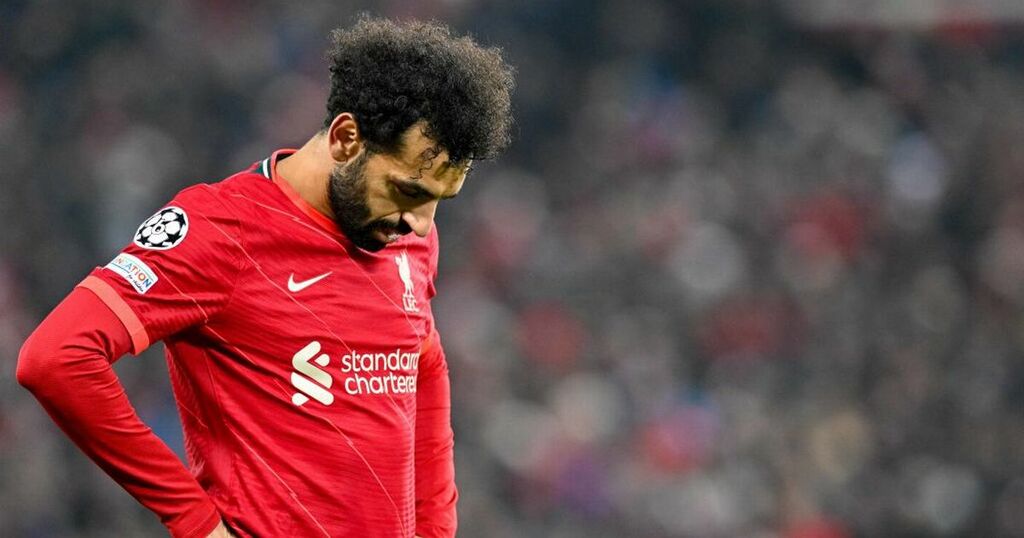 Newcastle Herald
From analysis to good news, read the world’s best news in one place
US Soccer equalises pay for women, men in milestone agreement

Steven Gerrard has some pulling power. It’s partly why he was able to lure former Liverpool team-mate Philippe Coutinho to Aston Villa from Barcelona in January and how, during his playing days, he was able to help the Reds attract a number of top players to Anfield too.

He played his part in convincing some players to stay put with Liverpool too, with the most memorable example being when he helped persuade Luis Suarez to spurn Arsenal’s advances following their controversial £40m and £1 bid in the summer of 2013. After all, who wouldn’t want to play alongside, or now for, the legendary Reds captain and one of the best players in the world?

Of course, Gerrard ’s interventions weren’t always successful but he’d always try, wanting the best for his boyhood club. However, there was one player he took a more withdrawn role with when it became clear their head might have been turned to leave Liverpool behind.

Raheem Sterling joined Man City from the Reds in a £49m move in the summer of 2015, with the transfer coming not without controversy as the England international forced an Anfield exit. In normal circumstances, Gerrard would have constantly been in the then 20-year-old’s ear to stay put on Merseyside.

However, Liverpool’s captain already knew he’d be departing the Reds that summer at the end of his contract to sign for LA Galaxy on a free transfer. Knowing he himself wasn’t part of the Anfield future, while he had quiet words with Sterling, it didn’t feel right trying to convince him with a big sell.

“If I had been staying on as Liverpool’s captain, I would have been all over Raheem,” Gerrard admitted in his most recent autobiography, published in 2015. “But I was sensitive to the changes. I would soon be gone and so I limited myself to a few private chats.”

Gerrard’s wisdom ultimately fell on deaf ears as Sterling followed him out of the exit door that summer. But you wonder if events could have panned out differently had the Liverpool captain not been leaving himself.

It’s been seven years since the Reds were able to call upon the pulling power of their former captain. But fortunately for Liverpool, just months after Gerrard’s exit, Jurgen Klopp was appointed as manager.

The German has transformed the Reds into champions of England, Europe and the world during his time in the Anfield hotseat, and is still in the hunt for an unprecedented quadruple this summer. But even before such success became a common occurrence at Liverpool, Klopp still had the pulling power to lure players to the club.

It’s how he was able to sign the likes of Virgil van Dijk, Alisson, Fabinho and Thiago Alcantara despite interest elsewhere and how he was able to compete for Premier League and Champions League titles just a few short years after taking over a Reds side floundering in at the top end of mid-table.

And Liverpool are going to continue benefiting from Klopp’s allure for a further four years at least after the German unexpectedly signed a new contract extension last month. And after the announcement, he spoke of how his new deal could aid the Reds with regards to new signings and contract extensions.

"It makes sense to do it now as well because it's important that a lot of people know early what is going on," he told reporters. "It's good for transfer windows. We cannot guarantee success, we can guarantee stability.

“And in these difficult times, I think that is a big thing to guarantee and that's why I think the moment is the right one.”

Klopp would also dismiss any suggestion that his new contract will be a decisive factor for the likes of Mohamed Salah and Sadio Mane ahead of their own contracts expiring in 2023.

"That's more a question for the boys, what it means for them,” he said. “But it's all fine, my relationship with both is great. Always in life, there is more things to think about and not only who is the manager.

"Knowing who is the manager and who is the coaching staff is an important thing because when you know what you have, other clubs where you could go, you do not know exactly.

"There is no 100% in this business but I think it's pretty likely that I will stay here for a little bit longer because other coaches are there at other clubs, but you never know for how long. I think everything is clear in this moment.

"If it's a positive sign for the boys, great. But I don't think this will be the one decisive thing for whatever the decision they have to make. It's their own life. We just wanted to guarantee that everybody who wants to be here knows what he can expect."

While it might not be decisive, it could certainly help negotiations. After all, Klopp wants both Salah and Mane to stay on Anfield and now, by signing a new contract, he avoids finding himself in a similar situation to Gerrard when attempting to convince Sterling to stay put back in 2015.

Before the German’s extension, his contract was set to expire in the summer of 2024 - just 12 months after that of the two African forwards, Roberto Firmino, Naby Keita and Alex Oxlade-Chamberlain. While he will have wanted them to stay for what would have been his final season in the club, he would have been sensitive to the fact that they would have also been signing up to an uncertain future after Klopp.

But now the Liverpool they must decide to stay with or walk away from is the Klopp's Liverpool. He can be ‘all over the duo,’ if he chooses in a bid to convince them to stay.

Klopp intervened to ensure Jordan Henderson agreed a new contract with the Reds last summer. Now he might need to again to aid the club’s negotiations with Salah and Mane, after the Egyptian’s agent previously admitted his client has no intention of signing the offer put to him in December, while the Senegalese was linked with an exit earlier this week after it was confirmed talks regarding his own future won’t be held until the summer.

Entering the final 12 months of their respective deals, it remains to be seen if either Salah or Mane will be Liverpool players beyond 2023. But if they are part of Klopp’s plans, make no mistake, he’ll be trying his hardest to ensure the duo stick with the Reds under his watch for the foreseeable future.