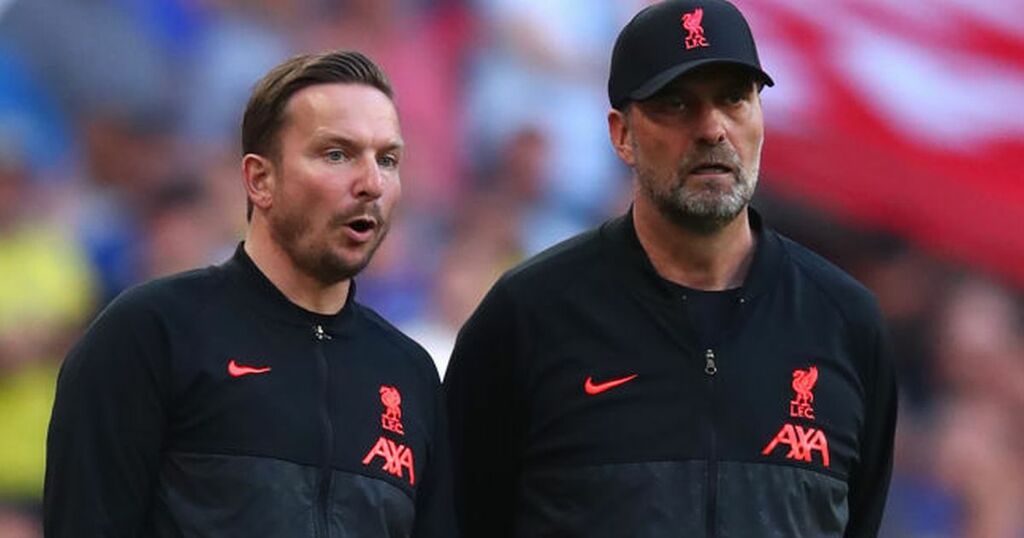 The once-traditional balloon-release in the pre-race activities at the Indianapolis 500 will not occur this year, and has been replaced…

Motorsport
From analysis to good news, read the world’s best news in one place
A.J. Brown Releases Statements on Threats From Fans

This Liverpool team will have stories told about it one day. And when those tales are spoken about, loudly and proudly in the years to come, the month of May 2022 might just feature as prominently as any other.

At its midway point, it's shaping up to be some of the greatest few weeks ever seen, even at a club as decorated and as revered as the one from Anfield.

For the third time since late February, Wembley shook to the Liverpool sound. One kiss is all it takes and under all of the lights they're just so glad that Jurgen is a Red. What an incredible ride this team has taken their supporters on this season. And, just a thought, the best could be yet to come in Paris on May 28 as a seventh European Cup is chased.

Since reaching the Carabao Cup final in January, Jurgen Klopp and his players have had an uncomfortable millstone hanging around their necks. They might not have felt it themselves as they have blitzed their way to the brink of a treble while still remaining in contention for the Premier League title until the final days, but these months have been critical.

After all, for all the garlands that had been deservedly laid at their feet in recent years, more success was needed - so goes the argument, rightly or wrongly - for them to be considered one of the iconic teams of English football history.

Klopp insisted just a few weeks ago that trophies will not define his time here and given the starring role this charismatic German has played in re-energising, rebuilding and re-asserting Liverpool Football Club as one of the planet's true behemoths, that is a fair assessment to those who have witnessed the revolution first hand since October 2015.

It was a theory he reiterated this week, saying: “If we are all only happy when we are really winning in the end when your race finishes, what life would that be? When I say 'enjoy the journey' I mean it. Enjoy the journey as there have been so many great moments already."

That simple directive is certainly being adhered to; they're enjoying this particular journey possibly more than they ever have.

But it is ultimately the silverware haul that will define Klopp's legacy to those outside of the Liverpool bubble in years to come. So an eighth FA Cup means more in the grander scheme of things than simply who the trophies were handed to in the year of 2022.

Klopp made five changes to the side that beat Aston Villa on Tuesday as captain Jordan Henderson stepped in for the hamstrung Fabinho and Andy Robertson returned alongside Mohamed Salah, Thiago Alcantara and Ibrahima Konate.

The outstanding Luis Diaz started like an express train and sent in two dangerous crosses inside the first five minutes before he was denied by Edouard Mendy after being put clear by a gorgeous Trent Alexander-Arnold pass.

Liverpool were rocked shortly after the half-hour mark when Salah was forced off with an injury after going down near the centre circle. Diogo Jota was sent on in his place down the right of the front three.

It's the second time Salah has had the misfortune of being withdrawn through injury during a major final and the irony is it now puts the chances of his own personal redemption story against Real Madrid in the Champions League in serious jeopardy.

Salah's replacement had a great chance to break the deadlock at the end of the half but Jota could only steer Andy Robertson's cute cross over the bar with the outside of his foot.

With 20 minutes of normal time left, Klopp sent on James Milner for Naby Keita and Liverpool's best chances arrived in quick succession. First, Diaz rattled the outside of the post before a stunning break from front to back, involving Alexander-Arnold, Thiago Alcantara and Milner, ended with Robertson crashing the ball against the post. It was, by some distance, the best move of the game and deserved to be the winner.

It was the first goalless 90 minutes of an FA Cup final since 2007 and Klopp sent on Joel Matip for Virgil van Dijk as another half-hour beckoned. Roberto Firmino was summoned for an exhausted Diaz eight minutes into extra time as Jota moved out to the right.

The Brazil international was clearly still nowhere near 100% after a recent foot injury and neither side were able to create anything in the final stages as they settled for another dramatic showdown on penalties.

And after Mason Mount missed with the score level at 5-5, it was left to Kostas Tsimikas, on for Robertson in extra time, to rattle home the decisive kick. The 'Greek Scouser' settled it for the thousands of actual Scousers behind him. In a season of disbelieving highs, this was the peak.

Until Paris that is, when it could yet reach a new level entirely at the Stade de France.

Whether he would care to admit it or not, Klopp is now playing to garnish his Liverpool legacy; to ensure his time at Anfield is referred to as a dynastic one comparable to the finest eras that went before, without the aid of hyperbole or recency bias.

Events between June 2019 and July 2022 - when Liverpool picked up the Champions League, Club World Cup and Premier League - have long cemented Klopp as a legend on Merseyside and the most talismanic figurehead since Sir Kenny Dalglish in the 1980s will surely one day be immortalised outside Anfield with a statue in his honour.

But after signing a new contract a little over two weeks ago, the next four years give him the opportunity to rack up the kind of glittering collection not seen at this club for decades. It must surely bring a rare kind of serenity to Klopp knowing that the aim of the game from here on out is merely to furnish an honours list that now stands at six in as many years.

Klopp can add this FA Cup to his collection, making him the first manager to win all four of the League Cup, FA Cup, European Cup and league championship at Anfield. In fairness, the German can still do all that before the end of this month, such are the times. Add in the fact he is the only Reds boss to lift the Club World Cup and we're talking about a manager whose name belongs in the conversation of the all-time greats of the Liverpool dugout.

And with the biggest game in club football to come in Paris in two weeks' time, what a thought that must be for the planet's elite coach, one who is in possession of one of world football's most enviable squads. These times simply must be savoured.