Clark is struck by lightning one evening and then periodically glows like a light bulb.

He and his colleagues get to work investigating what has happened to him before an angel delivers the message that he has “been chosen by God to help the world”.

“No? Really? I was afraid he was going to say something like this,” Clark replies.

And so begins his strange and eventful hero’s journey.

The series was filmed entirely in New South Wales last year in between COVID-19 restrictions. it premieres on Netflix on June 15.

But if it doesn’t take your fancy, there’s plenty else to choose from this month.

This creepy sci-fi thriller is based on John Wyndham’s 1957 novel of the same name.

Starring Keeley Hawes (It’s A Sin, Bodyguard, Death At a Funeral), the eight-part adaption tells the story of a sleepy English commuter town that is under siege by a paranormal threat.

After the women of Midwich inexplicably fall pregnant, their children change the town forever.

Chris Hemsworth has been dethroned as the action hero at home after his wife, Elsa Pataky, took the wheel and starred in action thriller Interceptor.

The film was shot in Sydney and directed by Australian author Mathew Reilly, who is making his directorial debut and who co-wrote the film with fellow Australian Stuart Beattie.

Pataky plays a US army officer tasked with saving the planet from a nuclear attack, and Hemsworth is involved as an executive producer.

After an incredible 32 seasons, Top Gear is back with hosts Andrew ‘Freddie’ Flintoff, Paddy McGuinness and Chris Harris, in a multi-year exclusive deal between the BBC and Stan.

And don’t worry, The Stig stayed and didn’t leave with that other mob.

Documentary-maker Alexandra Pelosi [daughter of the Speaker of the US House of Representatives Nancy Pelosi] travels across the US chronicling the social and political dramas of 2020.

From the COVID-19 crisis to the Black Lives Matter marches, we see how politicians dealt with events as they unfolded.

Academy Award-winning Swedish actor Alicia Vikander plays an American movie star disillusioned with her career and a recent breakup. She heads to France to star as Irma Vep in a remake of the French silent film classic, Les Vampires.

The bottom line from The Hollywood Reporter? “Vikander is a treat in a cleverly and (exhaustingly) meta series”.

Episodes are released weekly from June 7.

This animated film is one for the school holidays, and there’s some big takeaways for both kids and parents.

It’s the story of Ainbo, a girl who tries to save her jungle paradise (the Amazon) from child exploitation, logging and mining.

Guided by her mother’s spirit, she fights against evil to save her land and her heritage.

Kamala Khan is a Muslim American teenager growing up in Jersey City.

She’s a gamer and a super hero mega fan with an oversized imagination – particularly when it comes to Captain Marvel (Brie Larson).

Yet Kamala feels like she doesn’t fit in at school and sometimes even at home – that is, until she gets super powers like the heroes she’s always looked up to. Dreams do come true.

Set in the pre Roe v Wade era, this documentary film tells the story of a group of women who defied state laws that outlawed abortion, the Catholic Church that condemned it, and the Chicago Mob that was profiting from it.

If you’re a fan of celebrity culture and global superstar Jennifer Lopez, then look no further than this documentary, which takes us inside her insane life and her onscreen performances including her Super Bowl Halftime show and the Biden-Harris presidential inauguration.

When the death of King Henry VIII sets into motion a dangerous scramble for power, Elizabeth, her brother Edward (Oliver Zetterström) and sister Mary (Romola Garai) find themselves pawns in a game of thrones.

If you haven’t been watching Gaslit, starring Sean Penn and Julia Roberts and set during the Watergate scandal, you’ll need to catch up.

This is the final episode and it’s what we call in the business ‘must-watch TV’.

Based on The New Yorker short story Escape from Spiderhead by George Saunders, this film is a genre-bending psychological and darkly funny thriller about a scientist who performs experiments on inmates in exchange for reduced sentences.

Spiderhead was filmed throughout Queensland and features beautiful scenic shots of the Whitsundays and Gold Coast.

This is a multigenerational drama that hinges on a love triangle between one girl and two brothers, the ever-evolving relationship between mothers and their children, and the enduring power of strong female friendship.

It is a coming-of-age story about first love, first heartbreak, and the magic of that one perfect summer.

Players is a comedic documentary-style series that follows a fictional pro “League of Legends” esports team as they pursue their first championship after years of close calls.

To win it all, they will need their prodigy, a 17-year-old rookie, and their 27-year-old veteran to put aside their egos and work together.

Inspired by the true story of Jerry Selbee (Bryan Cranston), who discovers a mathematical loophole in the Massachusetts lottery, and with the help of his wife Marge (Annette Bening), wins big and uses the money for good. For once.

Follow Judge Mathis and his wife, Linda, as two of their adult children move back to Los Angeles and join the rest of the family.

The judge is good at helping others, but he’s not so good at steering his kids in the right direction.

Rise is based on the triumphant real-life story of the first trio of brothers (Nigerian heritage, Greek nationality) to become NBA champions in the history of the league – Giannis and Thanasis Antetokounmpo of the Milwaukee Bucks, and Los Angeles Laker Kostas Antetokounmpo, and their younger brother Alex.

You have to be a Mr Bean fan, and if you are, British comedian Rowan Atkinson takes you on an almost silent comedy journey about a house sitter’s war with a bee.

Westworld fans, your prayers have been answered, with the fourth season of bizarre mind-bending stories coming alive inside the futuristic Western-themed amusement park. 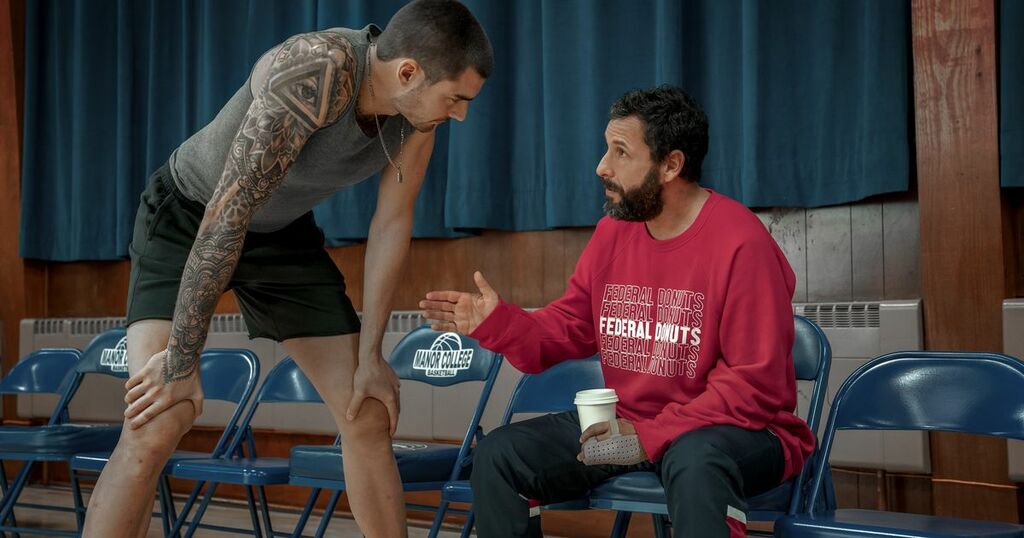 What's coming to Netflix UK in June 2022? Including The Umbrella Academy and Hustle
Adam Sandler and Melissa McCarthy will be featuring in two brand new movies and shows in June.

Despite reporting huge subscriber losses, Netflix is still releasing swathes of movies and TV shows for viewers to enjoy. Take…