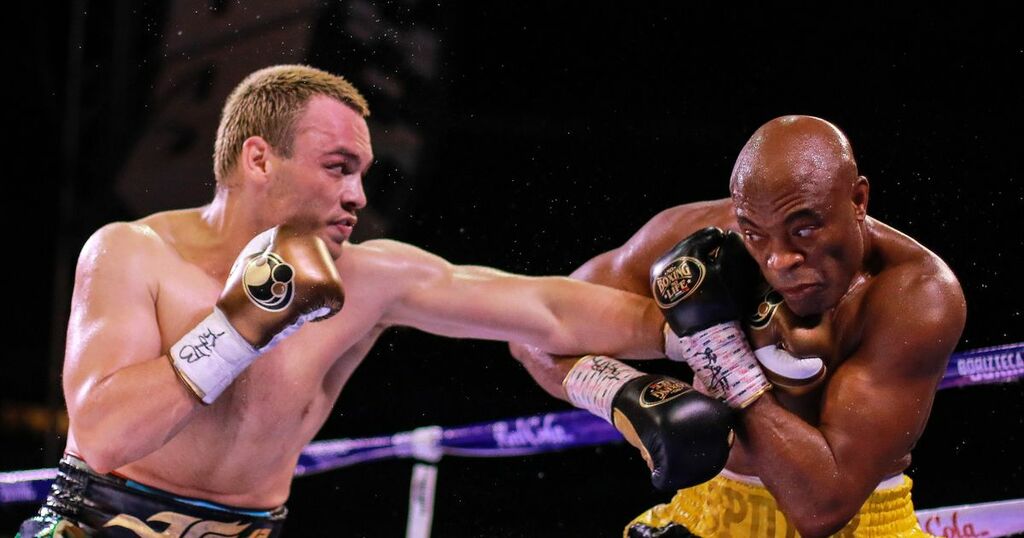 Julio Cesar Chavez Jr wants to fight Jake Paul in a bout where the winner takes home both fighters' purses.

The former middleweight world champion, who beat the likes of Andy Lee during his prime and has fought Canelo Alvarez, claims he has been offered a hefty purse to face the 5-0 YouTube star in his next bout.

Chavez Jr fought twice last year, but has struggled to remain active and notch up solid wins in recent years after a number of high-profile defeats to fighters such as Danny Jacobs and Alvarez.

And he is viewed as a monstrous step-up in competition for Paul, who has never fought anybody with a win in professional boxing in his five fights.

He has defeated former UFC stars, a basketball player and a fellow YouTuber, but has yet to fight anybody with a boxing background, which is a box the Mexican would tick.

"Don't be confident, I assure you I will beat Jake Paul's a**, they're not hearing me.

"They want to charge more but they keep forgetting that I'm the boxer.

"It's going to be great business for everyone."

Chavez Jr is notorious for not taking boxing as seriously as he should, and has lost fights he likely had the talent to win by not preparing properly.

He was beaten last summer by 46-year-old MMA legend Anderson Silva, missing weight for their catchweight of 182lb by 2.4lb.

"I'm super focused, I'm happy this happened to me because this motivates me.

Would Jake Paul stand a chance against Julio Cesar Chavez Jr? Let us know your thoughts in the comments section below!

"Jake Paul is garbage, I'm going to knock him out."

Chavez Jr is the son of legendary former world champion Julio Cesar Chavez, who in the early 90s was considered the pound-for-pound best in the world.

And while he never reached those heights in his career, he was a world champion with multiple defences during 2012 and would be a much higher level than anyone Paul has faced before.

He is one of a number of possible opponents for Paul, who could also take on Love Island star Tommy Fury in a rescheduling of their December fight date.

Fury, a 7-0 professional boxer, was forced to pull out with a broken rib, but he has since been angling for a new date to be arranged once he returns to action in late March or early April.

UFC star Nate Diaz is also on Paul's radar, but he is currently awaiting a fight date for his final bout with the MMA promotion before talks could even be held.

He is also flirting with the idea of making his MMA debut with PFL or Bellator this year, although that is a less likely prospect.