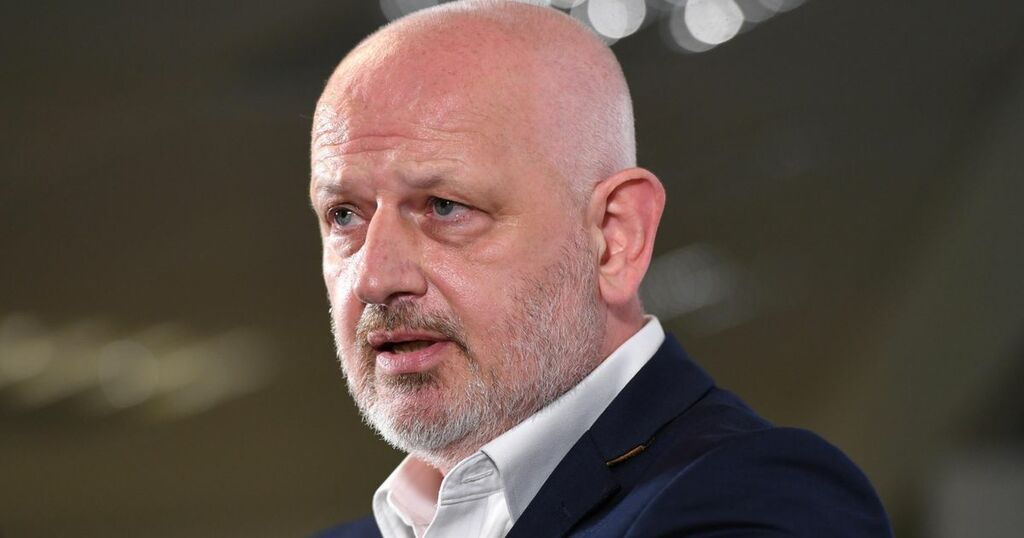 Swansea City chief executive Julian Winter insists the club have emerged stronger both on and off the pitch following a turbulent summer, and says conversations are still ongoing regarding the future of Matt Grimes.

The Swans were forced to undergo a major rebuild ahead of the new campaign, with a host of big names moving on, before boss Steve Cooper also eventually departed.

Winter admits the circumstances proved challenging for everyone concerned at the Swansea.com Stadium, but insists there is now plenty of reasons to be positive.

In a statement to fans on Monday evening, Winter admitted he understood the frustrations of fans, particularly during the managerial search that unfolded following Cooper's departure, with the club suffering a setback after an approach for John Eustace fell through due to personal reasons.

He wrote: "As everyone is aware, it was a difficult summer for the club with uncertainty around the position of Steve Cooper as our head coach. As with players, it is important for a club to have discussions with a head coach if they have a year left on their contract which was the situation with Steve.

"We didn’t want him to go into a new season without clarity for all parties, but it quickly became clear that we found ourselves in a situation where both the club and Steve thought it best to part ways. However, we were able to get ourselves in a position where the club would be protected by compensation in the event that Steve found another job within a period of time, which has been reflected financially with his recent move to Nottingham Forest.

"I’m acutely aware of the frustrations of supporters for how long this process took in terms of the end of last season and the start of pre-season, but it was a very complex situation. There was speculation in the media around Steve’s position and reported interest from other clubs, but we never received an approach from anywhere.

"As with all things contractual, there are complexities and this was no different. However, once the situation developed we were able to amicably part ways and allow the club to press forward with the appointment of a new head coach, which is a key position for any football club and one that we wanted to ensure we got right."

However, despite the challenges of the process, Winter insists the club are delighted to have brought current boss Russell Martin on board, and insists the former MK Dons chief is the right man to lead the club into a new era.

He continued: "With the appointment of Russell Martin, we feel that we have a head coach who is aligned with our overall vision and we were delighted to be able to bring him to the club from MK Dons, along with his backroom staff.

"The timing of our appointment of Russell just six days before the season was due to start wasn’t ideal. As a result, that has meant that it will take time for him to implement his ideas without the benefit of a full pre-season in charge.

"But the signs so far have been hugely encouraging and while we haven’t got the wins that our performances have deserved in games, there has been clear progression since the first international break of the season which is evidence of quality time on the training pitch and the way in which Russell wants us to play moving forward."

One of the big criticisms to be levelled at the Swans' hierarchy in recent years has been a perceived lack of ambition, but Winter believes the quality of the club's new acquisitions is a sign of progress.

"I was asked recently in an interview about the end of the transfer window and after some time to reflect, I feel as though we have come out of it in a stronger position then when we started. It is never easy when players leave after being on loan as we experienced this summer, but I feel the players we have brought in have shown real intent.

"Under the guidance of Russell and his staff, we are building a squad with real hunger, desire and quality, which in time we hope will develop into something special."

Fans were not too surprised to see some of last season's star performers sold before the close of the summer window, but there were nevertheless some eyebrows raised at the fees accepted for the likes of Jamal Lowe and Connor Roberts, who were sold to Bournemouth and Burnley for figures understood to be around £1.5m and £2.5m respectively.

"We have made no secret of the fact that we are a trading club and ultimately we will sell players in order to bring in others and continually develop the squad and move the club forward. However, I am aware that we have had situations where players have reached the final year of their contracts and that is something that we will be addressing moving forward."

Those comments will likely spark further speculation over the future of captain Matt Grimes, who remained at the club despite interest from Championship rivals Fulham.

The midfielder's current deal runs out at the end of the season and, with no sign of an imminent extension, his future will surely be a topic of conversation again in the new year.

That said, Winter has hinted that the club haven't yet given up hope of persuading the skipper into putting pen to paper on a new deal.

"There was, of course, speculation surrounding Matt Grimes during the transfer window," Winter continued. "But the fact of the matter is that no club reached our valuation of Matt and we will continue to have dialogue with him about his situation.

"He has been a credit to himself and the club and shown a great commitment to training and performances on the pitch which have been of real quality – an embodiment of his character as our captain."