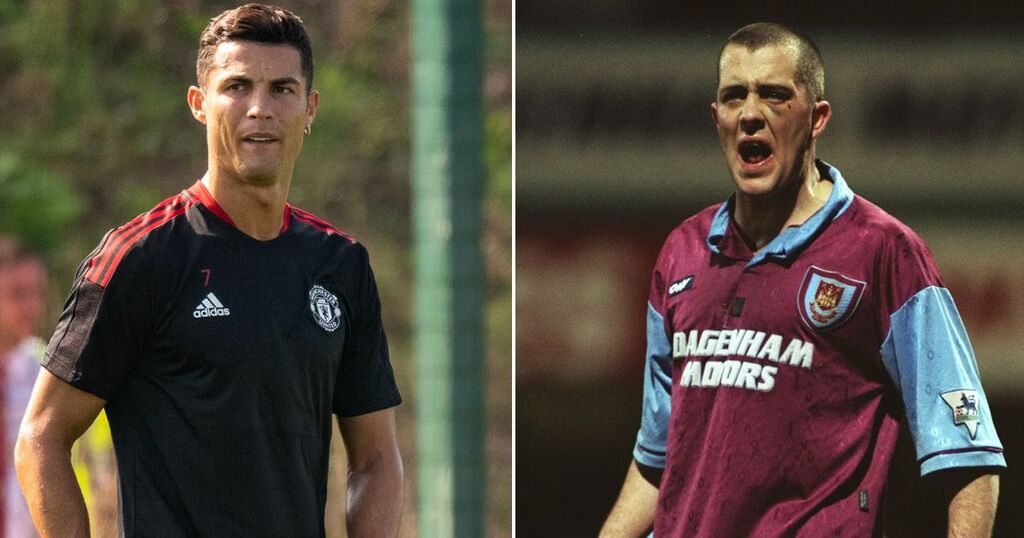 Cristiano Ronaldo's fairytale return to Manchester United has been the hottest topic in football since it was confirmed last month.

The Portuguese superstar could make his second debut for the Red Devils this weekend against Newcastle.

And the eyes of the world will be on Old Trafford, as watchers-on wait to see if he can sprinkle his magic on the Premier League once more.

Even at the age of 36, Ronaldo is still a world class performer and physically he looks in outstanding shape.

His presence is likely to cause Newcastle's defenders plenty of headaches as they attempt to formulate a plan to ruin his homecoming.

But just how do they go about stopping one of the world's greatest stars?

The ex-defender built quite the reputation in his playing days as being a no-nonsense full-back, with eight red cards accumulated in his career. Of course he wasn't all about dismissals, with two promotions from the Championship with the Hammers and a brilliant goalscoring record from penalties.

But his heavy-handed approach is one that Dicks says he would have definitely applied to Ronaldo, were he to come up against him in the present day.

Dicks said: "If I was still playing, I'd love to have gone up against a player like Ronaldo, because I'd have just booted the s*** out of him!

"Luckily enough, when I played, I could do that sort of thing. I had no chance of catching some of the quick players I went up against, but I could smash them, so that's what I'd do.

"If I was playing football now, I'd be getting booked every week, sent off every four games.

"This is what really winds me up in today's game; when you've got players, coaches, fellow professionals, trying to get the opposition sent off. For me, that's disgraceful. Don't get me wrong, I love football and I wish I was still playing, but I wouldn't be able to cope with that.

"Trying to get another player sent off? It's ridiculous. Whoever does that sort of thing should be punished by the FA, because it's not right."

Despite those beliefs, and his bluntness on how he would attempt to keep Ronaldo quiet, Dicks is adamant the Portuguese will be just as spellbinding as he was when he last played in the Premier League back in 2009.

He added: "You can't look past Cristiano Ronaldo when you're talking about the signing of the summer.

"He'll bring a lot of things to Manchester United; he is who he is, he's been there before, he's an exceptional player who looks after himself.

"I personally think we'll get the same Ronaldo now as we saw 10 years or so ago. The fans absolutely love him, and I think we're all just looking forward to seeing him in the Premier League again.

"His arrival gives that whole squad a lift, from the moment he walks through the door at United there's an expectation on him to perform, and he thrives on that sort of pressure. He'll give the club a massive, massive boost."