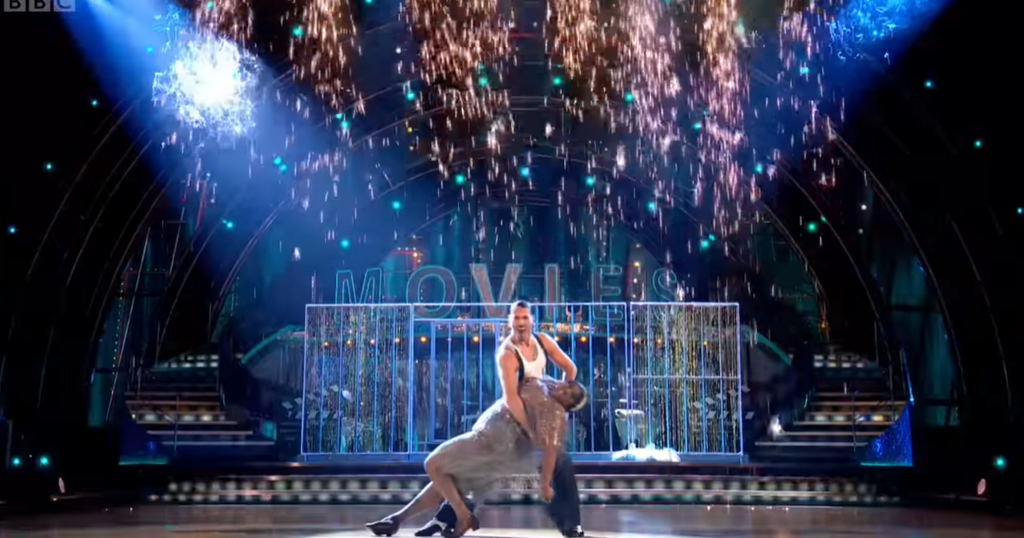 Despite judge Anton Du Beke pledging to save Katie and her partner Gorka Marquez, Craig Revel Horwood, Motsi Mabuse and Shirley Ballas all voted that Judi deserved to dance another week.

Speaking to ITV's Loose Women this afternoon, Judi, 41, revealed how she felt to be placed in the 'bottom-two' of Strictly Come Dancing over the weekend.

Appearing as a special guest on today's episode, Judi told hosts Charlene White, Jane Moore and Gloria Hunniford that being in the dance-off for the show's 19th series was an "overwhelming feeling".

She admitted: "There's no moment to get you really prepared. You've got to really get yourself into that mindset.

"I just always think about Graz - my professional dancer - how much he's put into it. We just supported each other as much as possible and I was really happy with the dance."

This week's Strictly theme was movie week. Judi and Graziano danced the Charleston to When You're Good to Mama from Chicago, against Katie and Gorka, who performed the American Smooth to Disney's Cruella de Vil.

"It's just one of those moments where you really reflect and think 'oh my gosh, I'm really loving this, I'm not ready to go, I'm really enjoying this experience'.

"These professionals, they don't stop. The next day we're up. He's doing routines, thinking about how he wants me to look; he's worrying about if I'm in pain - all this kind of stuff."

Speaking to Gloria Hunniford, who appeared on the third series of Strictly in 2005, Judi disclosed how the outfits often caused pain in ways she hadn't expected.

"I had different shoes at the beginning - open kind-of toe - and I mean, burning and really, really sore because you've got to dance in them. But again, Graz, he's just such a lovely person. He's like 'okay, let's see what kind of shoes you can get', so there's different heels. I've got a lower heel that evens out from my weight."

Showing the hosts pictures of bruises she'd accumulated from her dance practices, Judi revealed: "You're in your shoes for hours and hours.

"Graz won't let me sit down because - you know what it's like when you've gone out partying and you take off your shoes - they swell! So you've got to just keep moving in them!"

Lead host Charlene asked Judi how it was that she recovered from her demanding days of rehearsals.

"My routine is coming home literally as I've finished dancing, and I would carry an ice-pack with me," Judi joked. "The rub down is a good rub down."

Strictly Come Dancing continues this Saturday on BBC One at 7pm. The results will be aired on Sunday at the same time.