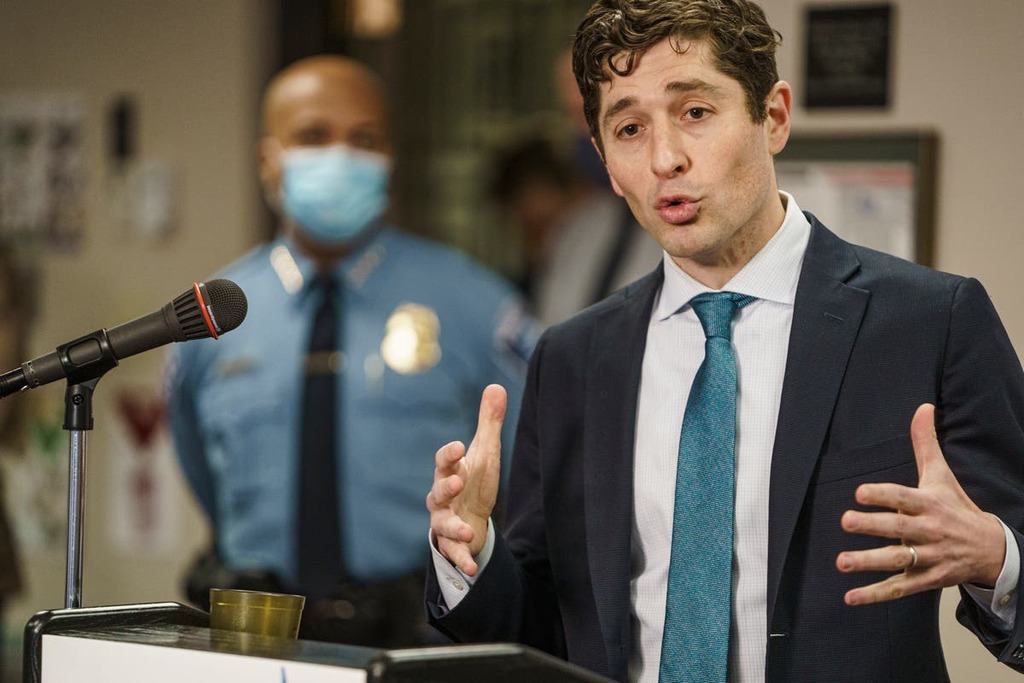 A judge struck down ballot language Tuesday that aimed to replace the Minneapolis Police Department with a new agency, saying the wording was misleading and unworkable.

“The court finds that the current ballot language is vague, ambiguous and incapable of implementation, and is insufficient to identify the amendment clearly," Hennepin County District Judge Jamie Anderson wrote. "It is unreasonable and misleading.”

Anderson issued the order just ahead of a looming deadline for ballots to go to the printer.

The proposed amendment to the city charter, approved by the City Council last month, would have asked voters whether to replace the police force with a new but mostly undefined Department of Public Safety that takes a “comprehensive public health approach” and “may include” police officers. It would have removed a mandate that the city have a police department and provide at least minimum staffing levels based on population. The council instead of the mayor would control the new entity.

The proposal had its roots in the “defund the police” movement that gained steam after last summer's police killing of George Floyd in Minneapolis. Supporters said the ballot question would not abolish policing in Minneapolis, just remove charter requirements that they argued blocked moves toward more police accountability and racial justice. But critics, including Mayor Jacob Frey said it left out crucial details for what policing in the city would look like going forward.

The City Council was preparing to hold an emergency meeting Tuesday to discuss drafting new language. The Yes 4 Minneapolis campaign, which is behind the proposal, urged its supporters to stand firm and contact their council members immediately “to make sure our elected officials know we still expect to vote on fair and balanced language this fall.”

Frey, whose veto of the rejected wording was overridden, said the language "failed to meet the most basic standards of transparency. Now, the Council has another opportunity to deliver language that accurately and fairly reflects both what the petitioners submitted and includes essential information for Minneapolis voters at the ballot box.”

The injunction to keep the language off the ballot was sought by former City Council Member Don Samuels, his wife, Sondra, and businessman Bruce Dachis. Their attorney, Joseph Anthony, called Anderson's ruling a “courageous and correct decision.” He said the council members who supported the language intentionally kept it vague in hopes that more people would vote for it.

“Basically what the judge said was, you've got to make it clear so that people can see what they're voting on,” Anthony said.

The case was the second time this summer that the city was sued over the ballot question. The judge earlier rejected an explanatory note that city officials had sought to include on the ballot to highlight some of the proposal's effects, saying the note could have been read as either an endorsement or a warning.