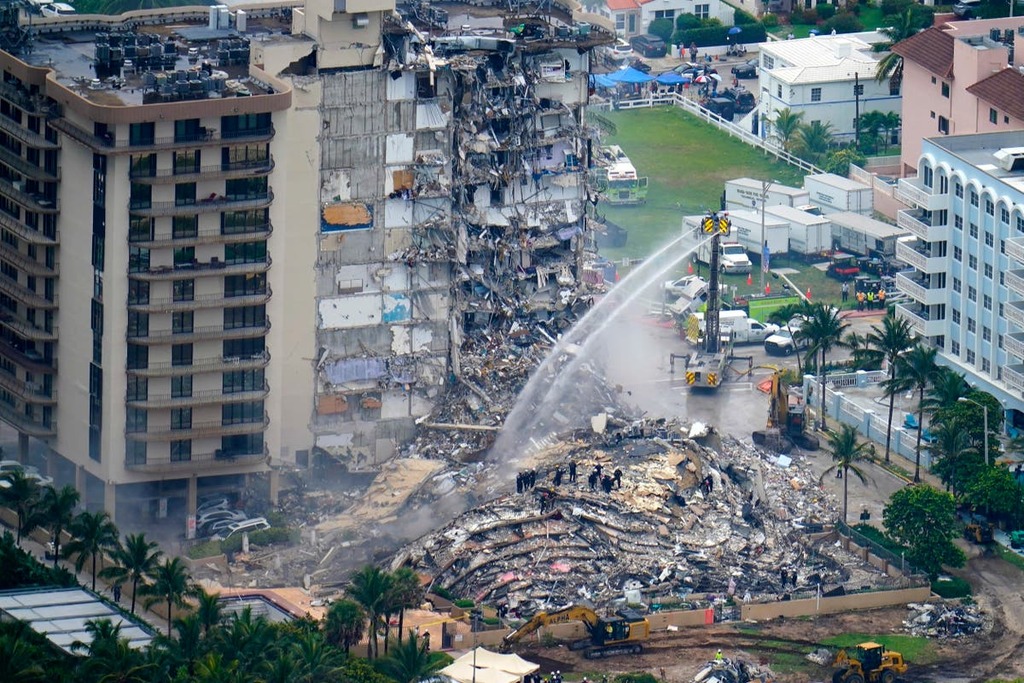 Hoping to avoid a bitter and lengthy battle over money by victims, a judge on Wednesday said a mediator will be named to sort through claims arising from the collapse of a Florida condominium that killed 98 people.

The intent is for an agreement to be reached on distribution of money from the planned sale of the Champlain Towers South site in Surfside, Florida, plus insurance payouts and any lawsuit proceeds.

“I want to get this started,” Hanzman said. “The last thing I want to see is victims fighting over the (money) allocation. That would be a shame.”

Several attorneys compared the Florida collapse to the difficult task of assigning value to human life versus property losses and other claims after the 9/11 terror attacks. That process, overseen by attorney Kenneth Feinberg, has now become the Netflix film “Worth” starring Michael Keaton as Feinberg and is based on Feinberg's own book.

“What is life worth?” Keaton, as Feinberg, says in an early scene. “The answer is a number. And that’s the job.”

The 12-story Champlain Towers South beachfront condominium collapsed without warning in the early morning hours of June 24, burying victims and property in a heap of tangled rubble. The cause has not yet been determined, but the building needed millions of dollars in critical structural repairs before it fell.

The site, slightly less than 2 acres (0.8 hectares), is already under a sales contract for $120 million. The property will be put out for bid to find out if there are other interested buyers who might pay more.

Still, there likely won't be nearly enough to fully compensate everyone for their losses. The mediator, once appointed, would be tasked with reaching a fair deal for all victims, attorneys said.

“We're going to work very hard to get this done,” said Ricardo Martinez-Cid, one of the lawyers representing wrongful death victims. “Hopefully it will be to the benefit of all victims.”

Hanzman said he was contacting Miami attorney Bruce W. Greer, who has extensive experience in mediation, to handle the matter. Greer did not immediately respond Wednesday to an email asking whether he will accept.

“It’s going to be time consuming and difficult,” Hanzman said. “This is one of those situations where there is going to have to be compromise.”

One outcome all sides hope to avoid is requiring condo owners to pay an assessment to cover claims in excess of the money available through the property sale, insurance or lawsuit payouts. Florida law appears to mandate that but it's unclear if it applies to this disaster, court-appointed receiver Michael Goldberg said.

“It may apply. I am not absolutely certain,” Goldberg said. “If it does apply, it may have significant impact.”

One other potential source of money is from the state or federal governments. Talks are ongoing over such issues as forgiveness of property taxes, mortgages and other forms of compensation.

Hanzman repeated that victim claims are likely to far exceed the amount of money available.

“These people are going to be left with significant shortfalls,” the judge said, adding that he wants to avoid a protracted legal battle. “Everybody who suffered a loss here is a victim. Everybody will have a right to be heard.”