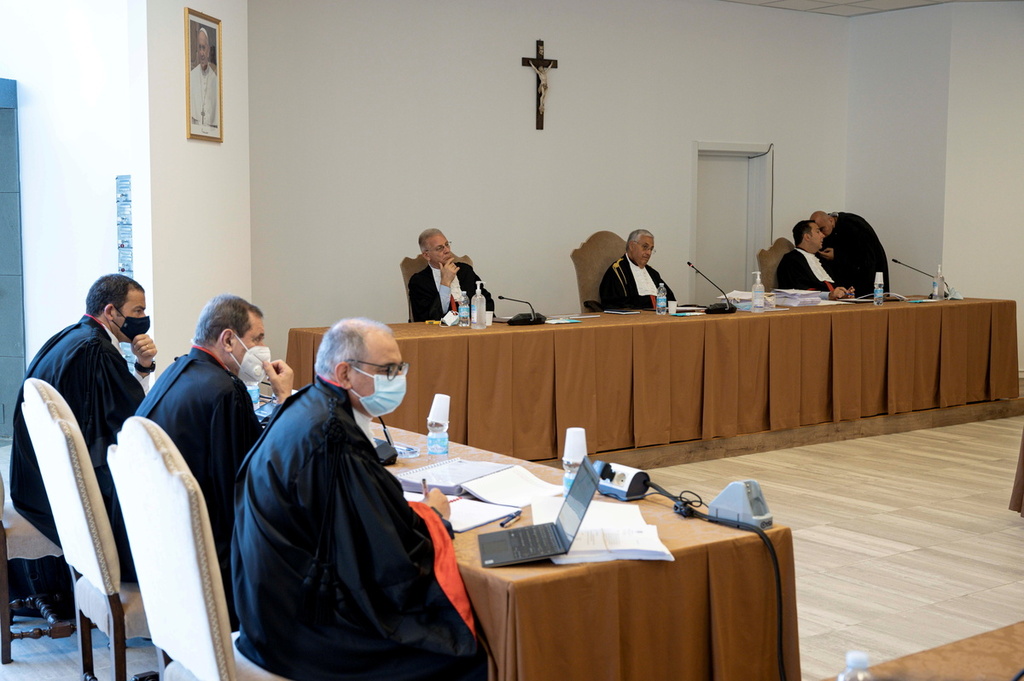 The chief judge at a Vatican trial of 10 people accused of financial crimes, including a cardinal, on Wednesday ordered the prosecution to give the defence more access to evidence and to question defendants who were not given the right to speak earlier.

Court president Giuseppe Pignatone responded to a surprise offer the prosecution made on Tuesday in which it acknowledged weaknesses in its case and said it was willing to return to the investigative phase to fill in gaps contested by the defence.

The trial revolves mostly around the purchase by the Vatican's Secretariat of State of a commercial and residential building at 60 Sloane Avenue in London's South Kensington, one of the wealthiest districts in the British capital.

Pignatone ordered the prosecution to give the defence access to remaining documentation, evidence, videos of interrogations and other material by Nov. 3 and adjourned the trial until Nov. 17.

Defence lawyers said they were happy with the ruling and said they would press the prosecution to question their clients on topics that were not covered before an indictment was handed down on July 3.

By setting a date for the resumption of the trial, Pignatone effectively rejected a defence request to annul the 500-page indictment, which would have killed the current trial.

Defence lawyers will now be able to view videos of five interrogations of Monsignor Alberto Perlasca, a former Vatican official who was first a suspect and then a star witness for the prosecution. So far they have access to written summaries.

Perlasca is the main witness in the case against the most prominent defendant, Cardinal Angelo Becciu, a once powerful Vatican official.

The prosecution has accused Becciu, other former Vatican officials or employees and outside middlemen involved in the deal of embezzlement, abuse of office, and fraud, among other charges. They all have denied wrongdoing.

Becciu is also accused of witness tampering and his lawyers said they were hopeful that viewing tapes would further support their request for that charge to be dropped.

The Secretariat of State sank more than 350 million euros into the London investment, according to Vatican media, and suffered what Cardinal George Pell, an ex-Vatican treasurer, told Reuters last year were "enormous losses".

Pope Francis fired Becciu from his last Vatican post in 2020 for alleged nepotism, which he also has denied.