A judge in Texas is weighing whether to block a new policy of investigating gender-affirming care for trans children as potential “child abuse”.

At a hearing on Wednesday morning, lawyers for a Texas family with a transgender child asked District Judge Amy Clark Meachum to issue a restraining order against the policy, which they say unfairly targets children and parents grappling with gender dysphoria. Judge Meachum is expected to rule on the issue later on Wednesday.

The family – identified only as John, Jane, and Mary Doe – is being represented by the American Civil Liberties Union and Lambda Legal, an LGBT+ rights organisation. The two groups have demanded not only that Texas stop investigating the family, but that it stop all similar investigations of families with trans children.

“The Defendants have, without Constitutional or statutory authority, acted to create a new definition of ‘child abuse’ that singles out a subset of loving parents for scrutiny, investigation, and potential family separation,” the lawsuit says. “Their actions caused terror and anxiety among transgender youth and their families across the Lone Star State and singled out transgender youth and their families for discrimination and harassment.”

The new policy dates back to a legal opinion written by Texas’ attorney general, Ken Paxton, who wrote last month that certain types of healthcare for trans children could constitute abuse.

“Sex-change operations and puberty blockers prescribed to kids is ‘child abuse’ under Texas law,” Mr Paxton said in a tweet unveiling the opinion. “These procedures are monstrous and tragic. I’ll do everything I can to protect against those who take advantage of and harm young Texans.”

Soon after that, Texas governor Greg Abbott ordered the state’s Child Services Department to investigate any parents suspected of such “abuse”.

“Because the Texas Department of Family and Protective Services (DFPS) is responsible for protecting children from abuse, I hereby direct your agency to conduct a prompt and thorough investigation of any reported instances of these abusive procedures in the State of Texas,” Mr Abbott wrote.

In their lawsuit, the ACLU and Lambda Legal say their client, Jane Doe, was one of those parents targeted for investigation. Ironically, Ms Doe works at DFPS. When she asked her boss how the new policy would affect her job, her lawyers say, she was placed on leave and told she would be investigated.

The lawsuit says the experience “has wreaked havoc on the Doe family”.

“Plaintiffs Jane Doe, John Doe, and Mary Doe are terrified for Mary’s health and well-being, and for their family,” the complaint says. “For example, Mary has been traumatized by the prospect that she could be separated from her parents and could lose access to the medical treatment that has enabled her to thrive … The Doe family is living in constant fear about what will happen to them due to the actions by DFPS, the Governor, and the Attorney General.”

“I hope to see the day that trans people will not be used as political pawns, especially our youth,” wrote Emmett Schelling, director of the Transgender Education Network of Texas. “This opinion is simply that, an opinion. This legally changes nothing and is yet another act of cruelty inflicted on Texas’s trans children for the sake of political posturing.”

The Independent has reached out to Governor Abbott’s office and DFPS for comment. 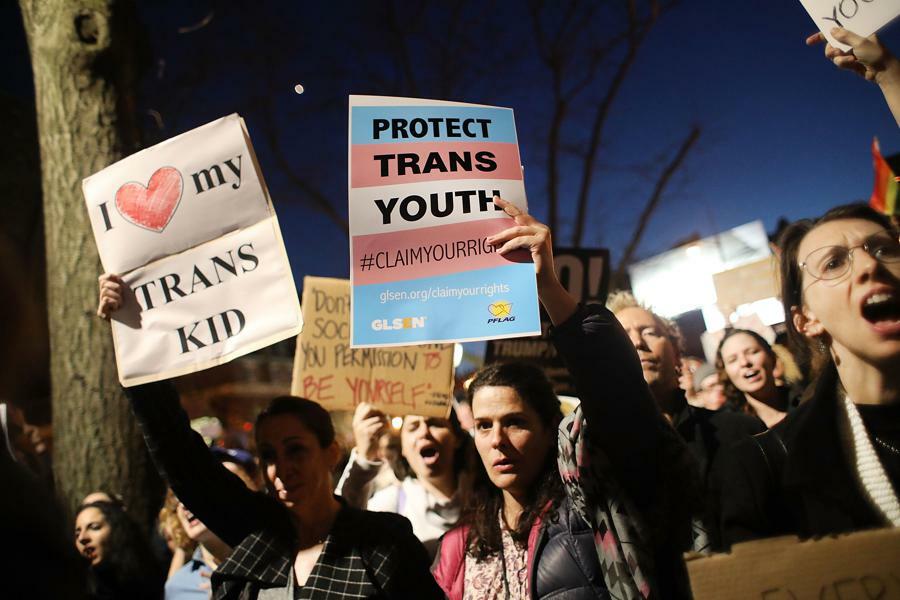 Tribune News Service
One subscription that gives you access to news from hundreds of sites
Lawsuit: Texas investigating parents of transgender youth