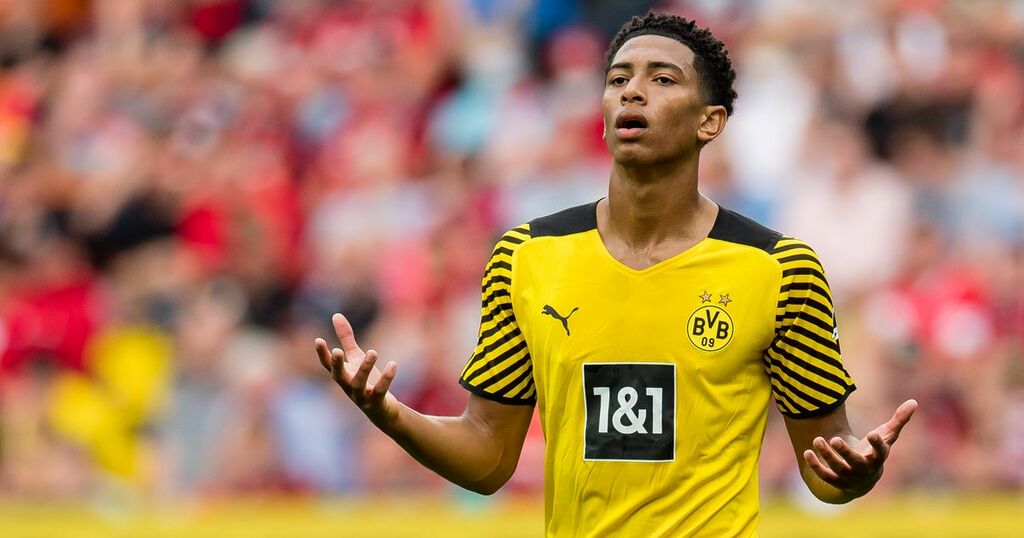 Chelsea and Borussia Dortmund have both had mixed fortues over the years when it comes to transfer dealings between the pair.

From successful negotiations for Christian Pulisic to the unsuccessful ones with the recent examples of Erling Haaland and Callum Hudson Odoi coming to the forefront of the agenda - it looks as though the relationship will be tested again but this time with young midfielder Jude Bellingham.

Bellingham, 18, move to the Westfalenstadion-based club in the summer of 2020 from Championship outfit Birmingham City as he aims to follow the path of Jadon Sancho in improving his all-around game before potentially making a return to English football in the near future.

Consequently, a host of Premier League sides are already reportedly monitoring the situation surrounding the midfielder ahead of a potential January or summer swoop, but the latest update coming from Germany appears to have watered down any hope of seeing a swift return to England for the youngster, who still has four years left on his deal with Dortmund.

This is because German outlet Sport Bild have reported that Hans-Joachim Watzke will not let him leave for anything less than a mammoth price of €100million (£85m) if they are going to be successful in prising away the Three Lions international from the continent in the upcoming transfer windows.

The report goes on to say that Liverpool have already made their initial early move to lead the race for Dortmund's number 22, with manager Jurgen Klopp already reportedly putting out the feelers to Bellingham's camp for a potential £93m swoop.

Additionally, Pep Guardiola is also thought to be a known admirer of the former Championship player with Man City targeting Bellingham as a potential Fernandinho replacement.

"He's so good for 17 years old [at the time of the quote], he's a fantastic player. There was one moment when he didn't get the ball from central defenders, how he shouts and demands that ball to him at 17 means a lot.

"I spoke with his manager, Edin [Terzic], and he told me what you see in these two games is like every training session."

For Chelsea, a need for a new long-term midfielder option when looking towards to future is clearly on Marina Granovskaia's agenda with the likes of N'Golo Kante not getting any younger and any less injury-prone at 30-years-old.

Ultimately, a move for the Dortmund starlet to west London could also depend on what happens with new loan recruit Saul Niguez, who endured a disappointing Premier League debut against Aston Villa last weekend.

If the Blues are to make the loan permanent come the end of the season, then that could shelve any plans that the Chelsea board have in relation to plotting a move for a new midfielder. football.london understands that the option to buy Saul is in the region of £30m.

Bellingham would join the likes of West Ham's Declan Rice and Monaco's Ligue 1 young player of the season for the 2020/21 campaign Aurelien Tchouameni on a list of potential targets that Petr Cech and Granovskaia could sound out if midfield is the area the board decide to focus on in the next transfer windows.

The big question now is whether or not the £85m price tag is a risk worth taking for a club that has just made the experienced Romelu Lukaku their £98m record signing.

Transfermarkt, with all factors considered including the four years left on his current deal, indicate that Marco Rose's side would be ripping off the European Champions as they only price the central midfielder at the moderate price at £49.5m.

That is £35.5m more than the reported quoted price, meaning Granovskaia and co. will have to work their negotiating magic to get the fee significantly reduced to ensure that a fair deal is struck between the two entities.

Bellingham has so far made 52 appearances for Dortmund, contributing a total of five goals and seven assists in all competitions.

He has averaged a highly impressive WhoScored.com player rating of 7.49 out of 10 for his performances at the start of the new 2021/22 Bundesliga season.