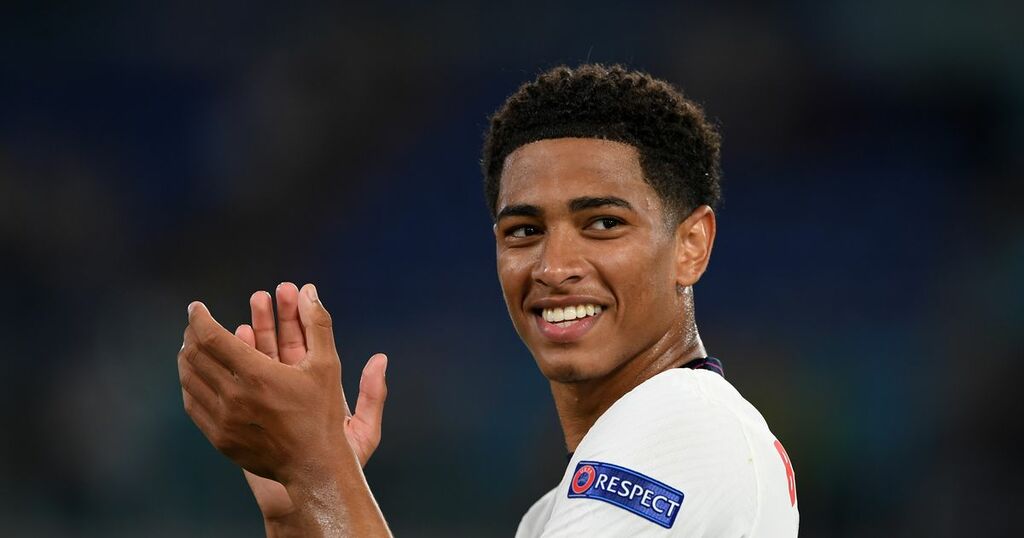 Jurgen Klopp has reportedly made the Bellingham his No.1 transfer target after a standout season with Borussia Dortmund which led to him breaking into the England squad.

United courted the 18-year-old in 2020 before he opted to sign for Dortmund.

The Birmingham City academy graduate is said to have been given a tour around the club's Carrington training ground by none other than Sir Alex Ferguson in a bid to tempt him to sign for Old Trafford side.

But Klopp's old club came calling and snapped up the Championship sensation for £25million following his 17th birthday.

Bellingham was that age when he received a call-up from Gareth Southgate to be part of the Three Lions' squad for the European Championships.

He could be set to stay in England permanently as the Daily Star report that Liverpool would be willing to break their transfer record and pay £80 million to prise the midfielder away from Germany.

It would be a blow to United, who still have interest in Bellingham after giving him the red carpet treatment last year.

Given Ole Gunnar Solskjaer's midfield issues, losing out on the eight-capped England international would certainly sting.

Would Bellingham be worth £80m? Give us your thoughts here.

Whether it be Liverpool or United who end up with the starlet, both fan bases will not mind hearing hear Bellingham's childhood footballing heroes for now.

"For me, it was always Wayne Rooney and Steven Gerrard," he told bundesliga.com. "When I was younger, all I ever wanted was a Birmingham shirt.

The teenage sensation added: "These kinds of people, they kind of mould the way that you play because you admire them so much. So, yeah, those two are probably my two biggest heroes in football."

During his time with the Three Lions over the summer, Bellingham lifted the lid on his process of choosing BVB over United, explaining: "To be fair, it was a decision that was quite easy in the end.

"I think if you look at Dortmund's track record with young players and the way they develop them, it was the obvious answer," he stated.

"Obviously at the time it's hard to see it like that because you've got so many other options," he revealed. "But my strength of character, I'd probably say it comes from my parents and stuff.

"In terms of the decision I made, I had all their support throughout the whole way so I was quite comfortable in making it."

Labelled 'mature and phenomenal' by Southgate, Bellingham could be in line to start when England face Poland in Warsaw on Wednesday evening to end their trio of September World Cup qualifiers.