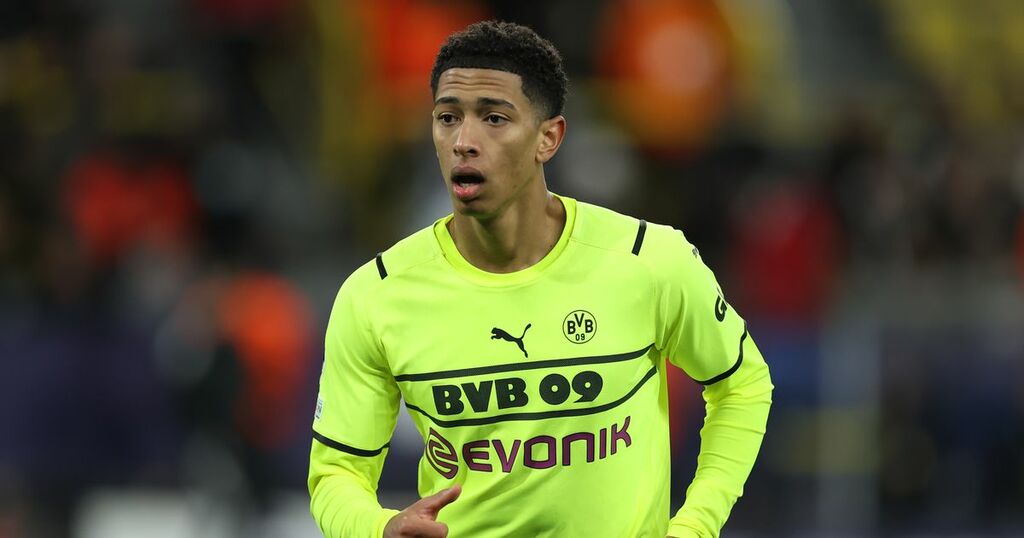 Jude Bellingham was earning £145 one week at Birmingham and £60,000 the next at Borussia Dortmund.

That's certainly quite the salary increase. Bellingham was just 17 when he swapped St. Andrew's for Signal Iduna Park but he had already outgrown his home club at that age through his exceptionally precocious talent.

The news of Dortmund's £25m deal to sign Bellingham in the summer of 2020 took some by surprise, but staff at Manchester United were not among those in the dark.

United had tracked Bellingham's progress and they were huge admirers of the player. United even attempted to act on that interest, giving the youngster a tour of Carrington, but it didn't prove to be enough. Bellingham's decision had already been made.

Bellingham admitted that Dortmund were his 'first choice' after signing for the club and he sounded enthused when discussing the German side's brilliant track record of nurturing young players. In a bizarre twist in the transfer, Birmingham then decided to retire Bellingham's No.22 shirt. The decision was considered borderline lunacy at the time, yet it doesn't seem so outlandish two years later.

Bellingham's transition to the senior game — he was aged just 16 when he started his only season at Birmingham — was seamless and it's not taken long for him to ascend to world class status at Dortmund, an indication of his pure ability.

Birmingham's decision to retire his shirt after just one campaign was considered sacrilege by the football purists, however, it has now become clear why that conversation was had.

Bellingham is special. Only a few players in the history of the game have performed at the highest level in their teenage years and Bellingham's name is now mentioned in the same breath as Wayne Rooney and Lionel Messi.

The 18-year-old immediately catches the eye on the pitch. His calmness in possession, dynamic range of passing and the ease at which he glides past opponents set him aside from others much his senior. While the Bundesliga's demands are unique and different to the Premier League's, Bellingham has excelled in the Champions League and on the international stage with England.

There are no doubts he would thrive in the Premier League. He already looks prepared to succeed back home and it was clearly the right decision to turn down United when he did. His development in Germany has been captivating to follow.

The Manchester Evening News understands signing a midfielder is United's priority this summer and Bellingham still has admirers within the club. United have often looked disjointed and confused in the centre of the pitch in recent seasons and Bellingham could bring balance to the midfield. He certainly wouldn't come cheap, but he should be the club's number one target this summer.

United paid a world-record transfer fee of £89m for Paul Pogba in 2016 and he promised to be the instrumental influence in midfield that United had craved. That's why a world-record fee was paid. The position needed to be taken by a world-class signing.

Almost seven years on since Pogba's return and he looks set to leave United on a free transfer again at the end of the season.

He leaves United with just two trophies, having underwhelmed, leaving United in the same position they were in before his return — needing a world-class signing in midfield. Yet this time, they need a defensive midfielder, rather than a player in Pogba's mould. Bellingham seems the perfect candidate for a move. He seems like the missing piece of the jigsaw.

Although United's need for a defensive midfield has been clear for some time now, signing Bellingham would not turn them into an immediate success but it would make their problems easier to address. He's also an investment for the next decade.

Richard Arnold, recently officially appointed as the club's new chief executive, is the commercial mastermind at the club and he would surely approve of any pursuit of Bellingham as the youngster is an advertiser's dream in the modern game.

His words are measured, he speaks in such an articulate manner for someone his age and his confidence is endearing. That's without mentioning, more importantly, that he's an outstanding footballer who could solve United's glaring weakness in midfield.

United might need to exceed the Pogba fee to sway Borussia Dortmund into selling Bellingham this summer, but that fee will be repaid by his performances on the pitch and his commercial pull in the coming years as one of England's biggest stars.

Bellingham is the future and he can play a pivotal role in propelling United towards it.