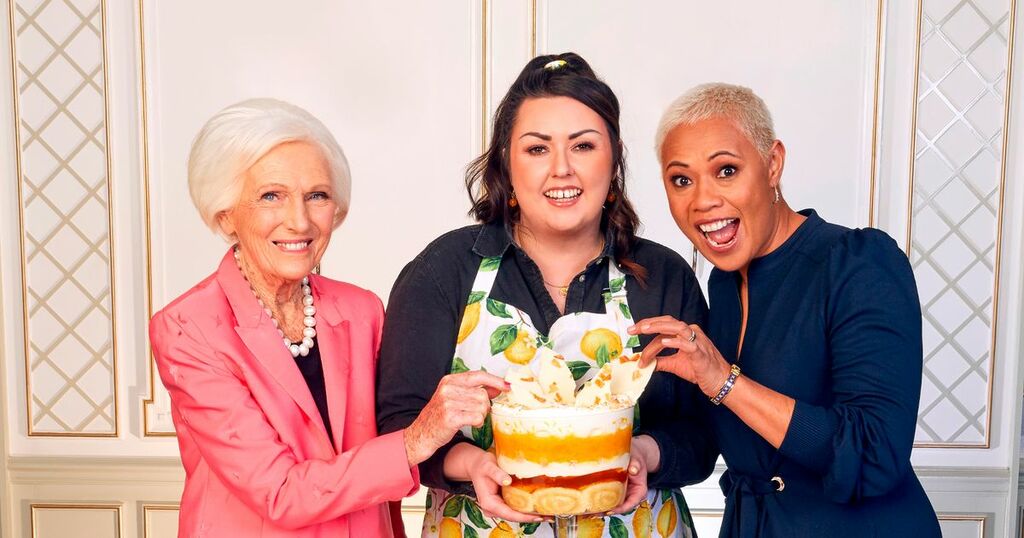 LONDON: A pudding fit for royalty was announced Thursday after nearly 5,000 amateur bakers entered a contest to design a…

It is the pudding that will represent the Queen’s Platinum Jubilee, a dish destined to sit alongside coronation chicken and Victoria sponge as an iconic part of British history.

Jemma Melvin’s Lemon Swiss Roll and Amaretti Trifle has been crowned the pudding fit for our Queen to celebrate her unprecedented 70-year reign.

The Duchess of Cornwall announced Jemma’s creation as the star bake on BBC One’s The Jubilee Pudding: 70 Years in the Baking.

The programme followed Fortum & Mason’s competition to find an original and celebratory cake, tart or pudding fit for The Queen and worthy of marking her Platinum Jubilee celebrations.

Jemma, a 31-year-old copywriter from Southport, Merseyside, was one five amateur bakers who made it to the grand final.

He praised Jemma’s “exceptional” entry, adding: “I really think we’ll be making Jemma’s trifle for at least the next 50 to 100 years without a doubt.”

Both of Jemma’s grandmothers were the inspiration behind the dish - one taught her to bake from the age of six, and the other’s signature dish was a trifle. The lemon flavour is based on the lemon posset pudding served at the Queen’s wedding in 1947.

After being announced as the winner, Jemma said, “I am so happy, I am so happy. The thought of people recreating my pudding, especially round the Jubilee, is just a total pleasure.”

Mary said: “It’s absolutely wonderful; I think Britain is going to be so delighted and The Queen too.”

Monica added: “I love lemon, and sometimes people hold back, and they’re scared to put that lemon into it, and as you’re eating it, you’re thinking, ‘oh, it can’t get any better.’ Then I got chunks of the amaretti biscuit that have soaked up the cream, and they’re chewy, and I am so happy right now.”

Jemma is sharing her sweet success with her gran.

She explained: “My gran is with us, but sadly my nan is not; they are both extremely important to me. My gran taught me how to bake, but my nan’s signature dish was a trifle.

“A wonderful, poised lady, just like our Queen, she used to make a wonderful trifle, but hers was laced with sherry and decorated with kiwi fruit and flaked chocolate, but this trifle is elevated and fit for The Queen herself.

“I found out that The Queen had lemon posset at her wedding, so I decided the pudding had to be based around the lemon flavour. My gran and my nan, they very much liked lemon as well, so it all just slotted into place.”

Fortnum’s will support The Big Jubilee Lunch as the nation comes together for the Jubilee weekend celebrations, gifting the winning Platinum Pudding recipe to the nation for all to enjoy for the commemorative weekend and beyond.

All profits from the sale of this product in Fortnum & Mason will be donated to two UK charities: Centrepoint (registered charity no. 292411) and The Big Jubilee Lunch, part of the Eden Project.

LONDON: A pudding fit for royalty was announced Thursday after nearly 5,000 amateur bakers entered a contest to design a…