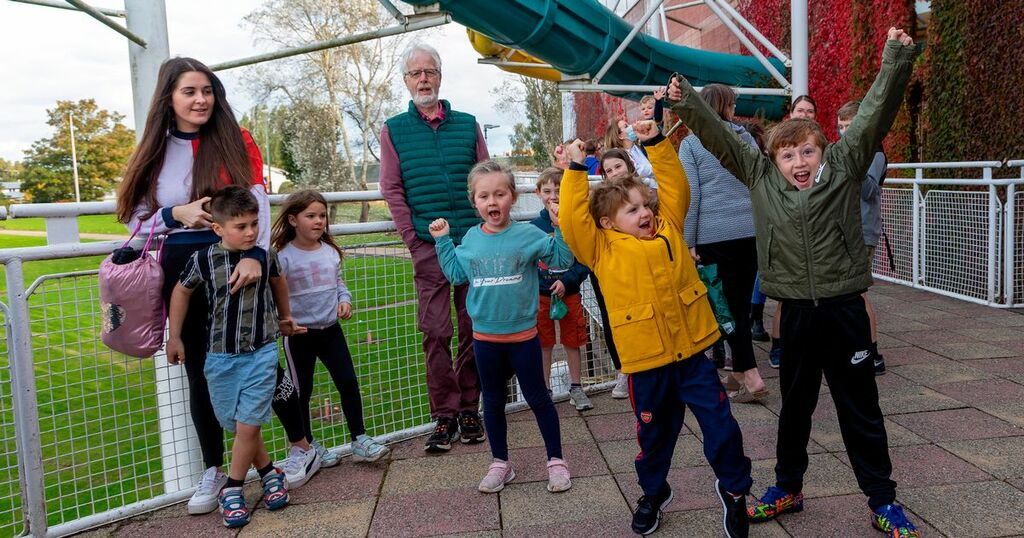 Eager youngsters queued up for an hour on Monday to be among the first swimmers at Perth Leisure Pool for 19 months.

The facility finally reopened its doors at 10am on October 11 having been shut to the public since lockdown started in March 2020.

Even when restrictions lifted, there was frustration after the building was battered by torrential flooding during last August’s thunderstorms.

The pool suffered £1 million worth of flood damage and its plant room was deluged by over 140,000 gallons of water. Its electrical, mechanical and filtration systems all suffered “significant” damage.

It was scheduled to reopen in September but an unforeseen electrical issue caused a setback to those plans.

But finally on Monday, residents were able to get in the water once more - just in time for the school holidays.

The pool will be open from 10am to 6pm Monday to Saturday and 10am until 5pm on Sundays. All the pools have reopened, as well as the Monkey Jungle, gym and health suite, but the flumes, wild water and other features will remain closed until later this month.

To mark the reopening, the pool has a special promotion running with families of up to two adults and three juniors or seniors able to swim for only £10.

It has also announced that, during the holidays, the Aquarun, floats and fun sessions will run, plus a disco will take place on Saturday, October 16 from 4pm-6pm.

Speaking before the pool opened, CEO of Live Active Leisure, the body which operates the pool, Paul Cromwell said: “We would like to take this opportunity to thank our contractors who have worked extremely hard in a difficult year to ensure the works remained on course.

“We’d also like to thank our team and our customers for their patience. We know Perth Leisure Pool is an important venue in the lives of our local community and we are both relieved and excited for the doors to open.”