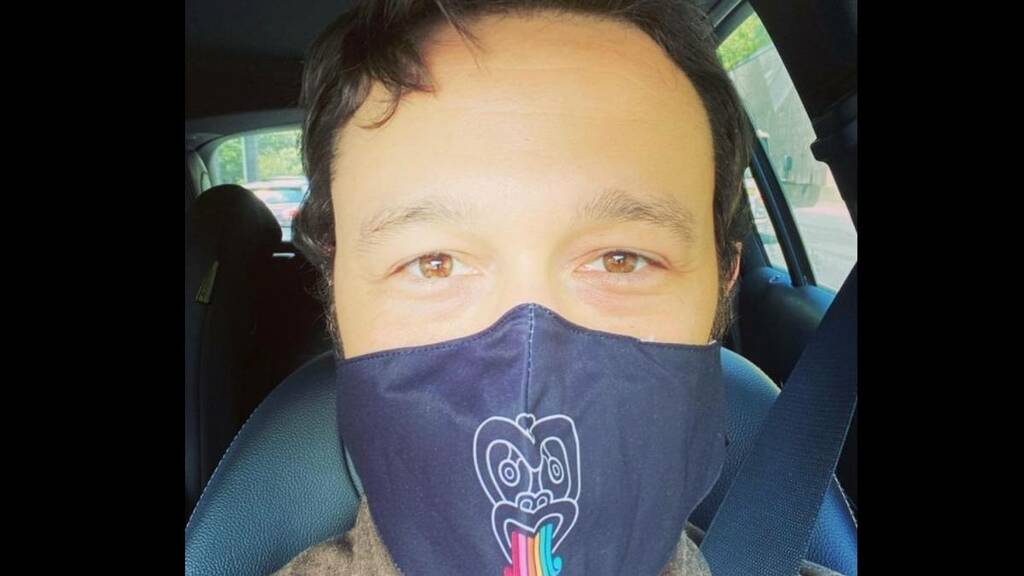 Hollywood actor Joseph Gordon-Levitt has made no secret of how much he loves it here in Aotearoa.

The star has been living in Wellington since October last year while filming his AppleTV+ series, Mr Corman.

And although he's been trapped here during lockdown, he's finally out and about in the capital in level 2.5 - and sporting a very special face mask at the same time.

He shared a snap of himself in the face mask featuring the hei tiki logo for this year's Te Wiki o te Reo Māori - Māori Language Week - which takes place from September 13 to 19.

"This is my mask," he wrote to his followers alongside the surgical mask emoji.

"Now, please show me your mask."

Kiwi fans were quick to post their face mask selfies in the comments of his post, many appreciating the design of his mask and asking where they could get their own.

Some questioned whether he should be wearing the hei tiki design on the mask, as there are strict rules about its use.

But it was later revealed the star had been gifted the mask by the Māori Language Commission.

"This mask is produced by us so we reserve the right to use our hei tiki as we like. This was gifted to him so he is in no way breaching any rules," they assured fans.

"Kia ora Joseph! We love to see people wearing our mask. Happy to send you more if you need."

The actor's new show Mr Corman, out now on Apple TV +, began production in the US before Gordon-Levitt moved to New Zealand to complete it amid the Covid-19 pandemic.

Since then, Gordon-Levitt has become somewhat of an honorary Wellingtonian.

He spoke to ZM's Fletch Vaughan and Megan about his move to Aotearoa and his love for our country.

"I can't say enough good things about our time here in New Zealand," he said.

He has been in the country since October last year after his producing partners at A24 suggested they move the filming of Mr Corman to New Zealand.

In fact, Gordon-Levitt says he "hit the roof" with excitement about the possibility of moving here. He and his wife Tasha McCauley had already been discussing New Zealand's response to the Covid-19 pandemic.

The actor spoke to US talk show host Jimmy Fallon in April and shared his praises for New Zealand on the world stage.

The star revealed his children were enrolled in school in New Zealand and he was been blown away by Kiwis' hard work in keeping Covid-19 out of the country.

"It's the morning; I just dropped off my boy at school," he told Jimmy Fallon, something at the time children around the US had not experienced for months.

"Man it's good, I feel so lucky. I almost feel guilty talking about it sometimes. If you don't know, New Zealand is one of only two countries in the world that has contained the pandemic."