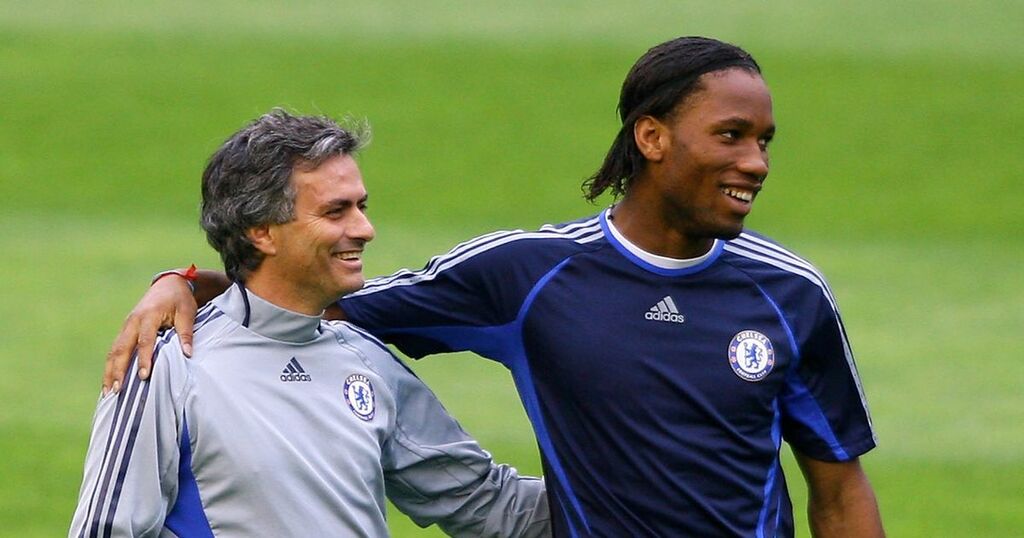 Jose Mourinho has enjoyed one of the most decorated managerial careers of all time and he has led his teams to 25 trophies throughout his career.

This summer, the Portuguese was appointed at Italian side Roma - his ninth club - and his side’s clash against Sassuolo in Serie A on Sunday will be his 1000 th match of his managerial career.

The 58-year-old’s extensive stint at the dugout has enjoyed plenty of highs and endured a few lows, with plenty of signings across those two decades.

Mirror Football examines at the best and the worst of Mourinho’s dealings over the year.

The Dutch midfield maestro was instrumental in Inter’s glorious treble campaign in the 2009-10 campaign, having joined from Real Madrid at the start of the campaign.

Having become a bit-part player in the Spanish capital, Sneijder became arguably the most influential player in the world during that season, in which he was majestic.

Barcelona trio Lionel Messi, Andres Iniesta and Xavi made the podium at the year’s Ballon d’Or awards but Sneijder was deeply unfortunate not to feature.

The Brazil-born striker had already established himself as one of the world’s leading strikers at Atletico Madrid - whom he led to the title in La Liga and the Champions League final - before switching to the Blues.

Yet Costa fired Mourinho’s Chelsea to the Premier League title and League Cup in his debut season and starred across three seasons at Stamford Bridge - including an instrumental role in the title win under Antonio Conte in the 2016/17 campaign.

A signing that has become better and better with each passing year - Croatian midfielder Modric has been majestic for Real Madrid across nine years.

While Modric did not produce his best form under Mourinho - and indeed his signing was widely ridiculed by the anti-Madrid press in sections of the Spanish media - he has subsequently established his world class status.

A key member of four Champions League winning sides, Modric led Croatia to the World Cup final in 2018 - the year in which he was crowned Ballon d’Or winner.

Widely recognised as the greatest left-back of his generation, Cole swapped North London for the west of the city in a swap deal that saw William Gallas go the other way.

The supreme level of Cole’s defensive ability and excellence in longevity only were fully appreciated after his retirement - but this was a signing that truly laid the foundation for Chelsea’s success in the years since.

The greatest and most influential signing of Mourinho’s managerial career, Drogba netted 157 goals in 341 games for Chelsea - including the vital last-minute equaliser in the Champions League final against Bayern Munich in 2012.

An icon at Stamford Bridge, there is little doubting Drogba’s impact on and off the pitch with his winning spirit and never-say-die attitude mirroring Mourinho’s in the dugout.

How would you rank Mourinho's best and worst signings? Comment below

There was excitement surrounding the arrival of Serbian striker Kezman at Chelsea in 2004, having netted 38 times for PSV the previous campaign.

He managed to score just four goals in 25 appearances for the club and was moved on to Atletico Madrid after just 12 months at the club.

Kezman’s signing was worth a gamble, but it definitely was not a successful one.

There is no doubting Quaresma’s supreme quality and ability to pull off the spectacular, but he did not ever find his best form in Milan.

A big-money arrival from Porto following Mourinho’s appointment at the club, the right-winger never really got going at the club - netting just once in 32 appearances before a loan at Chelsea and subsequent sale to Besiktas.

The winger starred at Italian club Fiorentina after he caught the eye for Colombia at the 2014 World Cup but he never replicated that form at Stamford Bridge following a January switch in 2015.

Following a difficult start for the winger, Mourinho confidently stated: "He needs time. I know Italy and I know the difference between Italy and England. His formation, his development, his experience – everything was in Italy. Stability, time, integration – I think we will see the best Cuadrado next year."

He played just 15 games for the Blues before a move back to Italy as he joined Juventus.

The legendary Ukrainian striker joined back-to-back Premier League champions Chelsea in 2006 from Milan and it was believed his arrival would re-establish their domestic supremacy.

Shevchenko’s arrival had an adverse impact - he was not a good fit for the Blues and struggled to find any sort of form at the club.

With 23 goals in 76 appearances, it was far from a total disaster but a striker of his calibre would have expected to have a much greater impact - as he could not win a league title at the Blues.

Manchester United trumped rivals Manchester City to land Alexis Sanchez from Arsenal in January 2018 and made him the best paid player in the Premier League.

The move was an unmitigated disaster - the Chilean scored only five goals for United and was loaned to Inter in the summer of 2019 before moving as a free agent the following year, so desperate was United to offload his wages.

It was the worst transfer of Mourinho’s career and quite possibly in the history of United.