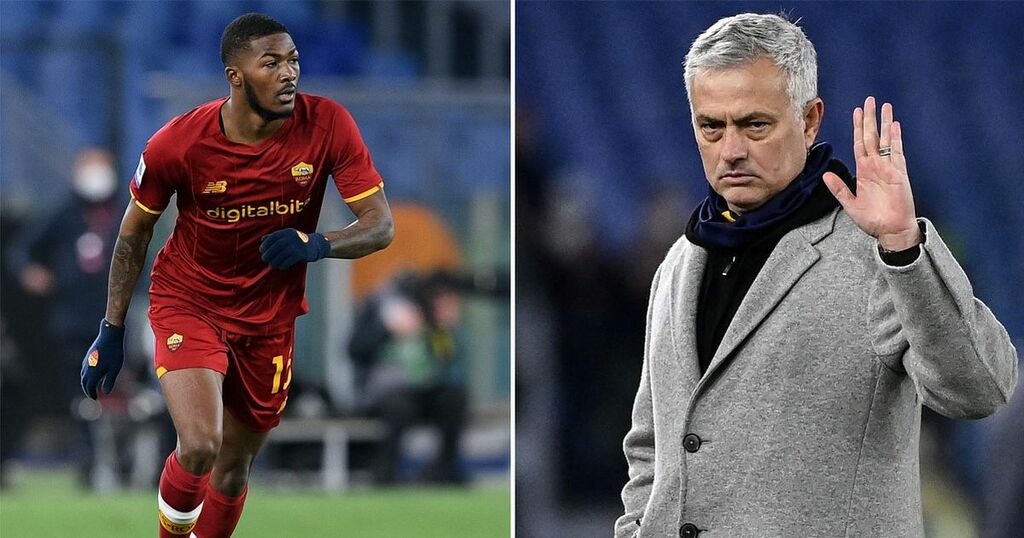 Jose Mourinho deployed Ainsley Maitland-Niles at right-back on his Roma debut, despite him previously stating his desire to play in midfield.

The England international joined the Italian side on loan from Arsenal earlier this month to play regular football after making just two Premier League starts this season.

"I am delighted to be here and can't wait to crack on," said Maitland-Niles after joining Roma. "I want to help the team and show what I can do as a player."

And he was handed his first start for Roma against Juventus on Sunday evening, a game his manager will be keen to forget.

Mourinho's side were 3-1 up in the 69th minute but went on to lose the Serie A fixture 4-3 to slip nine points behind Atalanta in fourth, the final Champions League spot in Italy.

Have Your Say! What is Ainsley Maitland-Niles' best position? Let us know in the comments here.

Roma thought they'd salvaged a draw when they were awarded a late penalty, yet captain Lorenzo Pellegrini couldn't find the target from 12 yards.

Maitland-Niles will be hoping to start many more games for Roma, although it's questionable whether he's happy playing at right-back.

Speaking in 2019, the versatile star expressed a desire to nail down a position in midfield at Arsenal.

"Of course I want to play as many games as I can... [but] I'm a midfielder by trade - central, on the wing, it's all the same to me," Maitland-Niles told Sky Sports.

"I'm not a defender, so I do get a lot of stick about my defending being poor. It's something I've been learning for a couple of years now and it's not going to come overnight.

"If I was a defender as a kid and my defending was poor, then I'd understand where the criticism was coming from. I'm trying my best for the team, the manager and for myself - mostly.

"It's [defence] not where I would choose to put myself in the team. I'm an attacking player by trade and that's all I can try to bring to the team.

On nailing down a position, he added: "It's always nice to just have one main position where you play. Everyone else gets to play their main position and it's just a matter of time before I can do that, too."

Mourinho's decision to deploy Maitland-Niles at right-back may have something to do with his rumoured desire to sign a player for the role.

Manchester United defender Diogo Dalot was linked with Roma during the months leading up to the January transfer window but is now unlikely to leave Old Trafford following Ralf Rangnick's appointment as interim manager.

The German has provided Dalot with a handful of opportunities since his arrival in November and more are likely to be on the horizon.

"His philosophy is very good in terms of the way that he communicates with everyone and the way he expresses his thoughts to us," Dalot recently told United's website.

"It’s been fantastic to get to know him and, hopefully, we can build the relationship between the players and the manager even more and bring that to the pitch so we can win more games and perform a lot better."