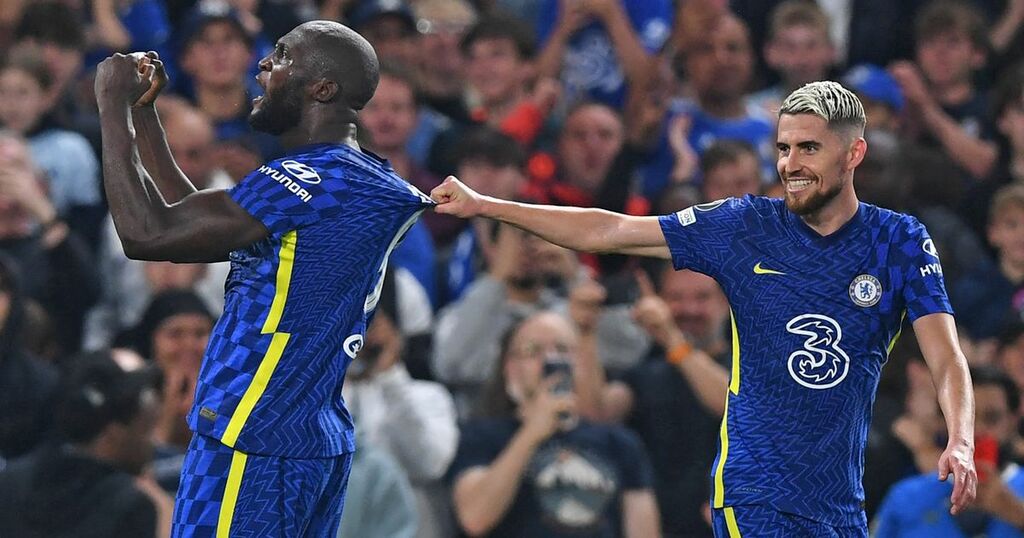 Chelsea duo Jorginho and Marcos Alonso are in agreement on the clinical nature of striker Romelu Lukaku, with the former suggesting just why the new £98million man is so ruthless in front of goal.

Lukaku scored his first European goal for the Blues and his fourth in all competitions so far in the 2021/22 campaign and already looks to be the key man as Thomas Tuchel eyes more silverware this season.

Manager Tuchel once again spoke in a glowing manner of his new No.9 after the 1-0 win over Zenit St Petersburg in the opening fixture of their Champions League defence on Tuesday night.

"He was the type of player and profile we were missing," Tuchel said.

"But he's also super humble, he loves football, he loves to train and he's such a good communicator in the dressing room.

"He is always open to everybody and that creates a certain energy and atmosphere that we are proud of. That's what we believe in."

The German went on to talk about keeping the positive spirits up amongst the squad ahead of a big clash against Tottenham on Sunday.

"The atmosphere and the spirit took us very far last year and we want to have it again," Tuchel said.

"Romelu loves Chelsea and knows what this club is all about.

"That makes a real difference and, at the same time, there's no talk from a coach or no video in the world that can have the same impact on a player or a team as decisive goals."

As a wing-back that has the job of supplying Lukaku with the right ammunition this season, Alonso has made a big prediction for the 28-year-old.

He said: "[Lukaku] has shown his abilities. He is so strong and he scores goals.

"Of course he is one of the best in his position and it’s great to have him with us. It will be a tough fight [for the Golden Boot] but of course he’s got a chance.

"If the whole team will deliver for him and be together and put in performances like this, he's just going to have to score the goals and we will see at the end of the season.

"You see all the good teams in the last few teams who have won the league, they’ve had someone in the top scorers list. That’s what we will have with Lukaku this season, I’m sure. Hopefully he will help us achieve bigger things and score as many goals as he can."

Jorginho went one step further in explaining just why the former Manchester United man has a good chance to win the Golden Boot award this season.

The midfielder told Brazilian outlet TNT Sports: "He's a guy, at first, very humble. He's a very hard-working guy. So you see it on a daily basis. He always wants to improve.

"Practice is over, he goes with the goalkeeper alone to shoot at the goal. So you see that he’s hungry, that he wants to grow. He knows he has reached the top. But then you see the difference between a player and a great player."

His hunger to constantly improve will certainly impress the Chelsea faithful, who are still riding the wave of positivity that has been around the club since the signing was confirmed early in August.

With Spurs now in his sight, the Lukaku vs Harry Kane battle could be the first indicator as to whether or not these Premier League Golden Boot claims will come to fruition.