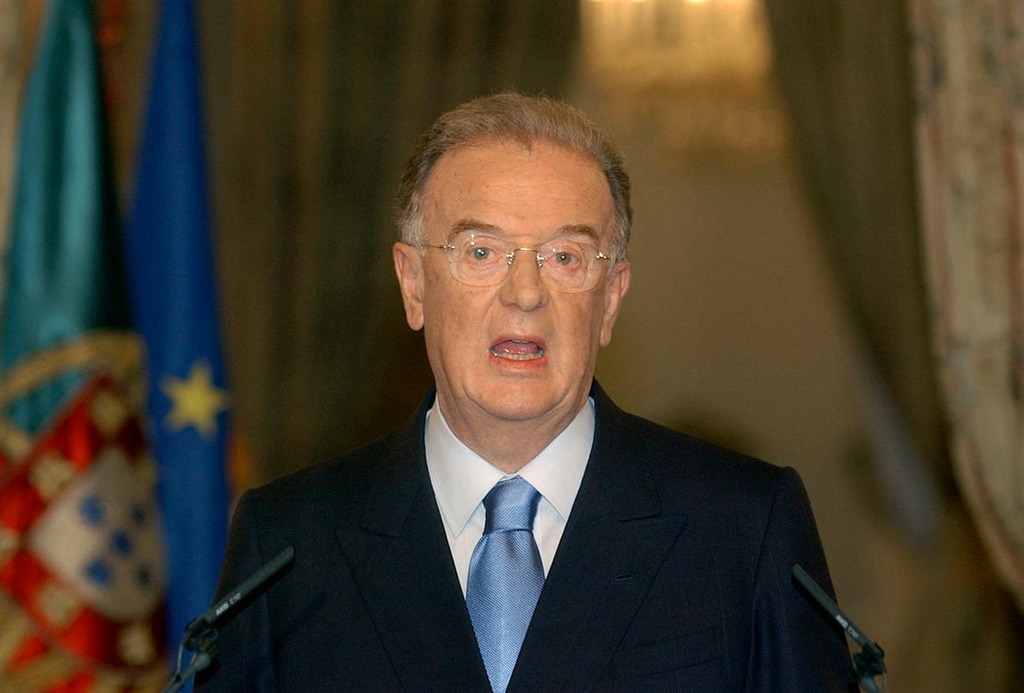 Jorge Sampaio, a former two-term president of Portugal and one of the most prominent political figures of his generation, has died. He was 81.

The current Portuguese president, Marcelo Rebelo de Sousa announced Sampaio’s death on Friday. He did not give a cause of death, though Sampaio had been in delicate health for several years and had been in hospital for the past two weeks.

Sampaio “prepared himself to be a fighter, and the banners of his fight were freedom and equality,” Rebelo de Sousa said in a televised statement.

He said Sampaio was like “a red-haired hurricane” in the 1960s when as a young lawyer he stood up to Portugal's then-dictatorship.

But over his six-decade political career in Portugal as a center-left Socialist and later as a diplomat for the United Nations, Sampaio earned praise for his low-key, down-to-earth manner. He once said he had always wanted to become an orchestra conductor.

At home, Sampaio was perhaps best remembered for controversially bringing down a center-right government in 2004, when he was head of state.

That was when Social Democratic Party leader José Manuel Barroso quit as prime minister to become president of the European Commission. He was replaced by his party’s vice president, Pedro Santana Lopes.

After several months of government in-fighting, public gaffes and contradictions, Sampaio called early elections to end what he called “a grave crisis of credibility and instability.”

The subsequent election delivered a landslide victory to the center-left Socialist Party which Sampaio had once headed.

Sampaio began his political career while studying law at Lisbon University in the late 1950s, rising through the ranks of underground student movements which opposed the then dictatorship of António Salazar.

After graduating, he defended prisoners tried by special courts that dealt exclusively with political cases.

He associated with extreme leftist movements after the 1974 Carnation Revolution toppled the dictatorship and introduced democracy.

He took up his first government post, as secretary of state for foreign cooperation, in 1975. He was fluent in English, having lived for a year in the United States when he was eight as his father, a renowned Portuguese doctor, went to study at Johns Hopkins University in Baltimore, Pa..

Sampaio, whose mother was an English teacher, also spent time in England as a youngster.

He switched his allegiance to the mainstream Socialist Party in 1978 and from the following year was returned five times to parliament as a Socialist lawmaker.

Sampaio ran successfully for mayor of Lisbon, the capital, in 1979, and 10 years later became leader of the Socialist Party.

His two-term stint as mayor of the Portuguese capital provided a stage for his election as president in 1996 and his re-election in 2006, winning both elections by comfortable margins.

United Nations Secretary-General Kofi Annan appointed Sampaio as his special envoy on tuberculosis in 2006. The following year, Annan’s successor Ban Ki-moon made him the U.N. High Representative for the Alliance of Civilizations.

Sampaio is survived by his wife, a daughter and a son.